What Do Teachers Really Want From Professional Development? Respect. Too often, training sessions fail to account for teachers' experience, ignore their expertise, and use tactics that are counter to instructional best practices Many teachers share a common complaint: Professional development doesn't actually treat them like professionals. 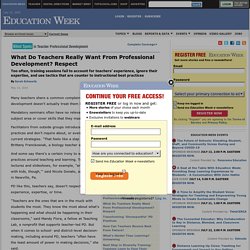 Mandatory seminars often have no relevance to their particular subject area or cover skills that they mastered years ago. Facilitators from outside groups introduce new instructional practices and don't inquire about, or even acknowledge, teachers' current strategies. "That feels like a slap in the face," said Brittany Franckowiak, a biology teacher at Wilde Lake High School in Columbia, Md. And some say there's a certain irony to workshops delivered in a way that ignores best practices around teaching and learning. PD like this, teachers say, doesn't respect their experience, expertise, or time. "Teachers are the ones that are in the muck with students the most. Kireta has taught for 19 years—16 of them at Big Spring. Exploring Pictures in Picturebooks Webinar. English and Children's Literature. Illustrators, when trying to convey their own message in a picturebook, will be calling upon all the skills of their known craft. 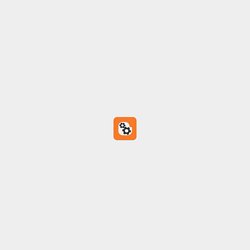 At the other end, we readers are there as receivers of this information but we too bring all our skills and knowledge to that reading process and these will, doubtlessly, be different from what the illustrator brings. This meaning making then is, in part, a multifaceted process and just as the writer can use certain words or grammar to affect the way we feel about someone or something, so too can illustrators use a visual grammar to do the same. Knowing how this grammar works can be a powerful tool in developing richer readings of pictures in picturebooks and this is what this blog is about. ** You might want a break at this point and I might suggest a break after each 'code' has been explored so that you have the time and space to reflect on what each one is doing** Here we see it again with Max in Where the Wild Things Are. What about if we’re in the centre? The 400 Blows - François Truffaut - Movies.

This sort of ending wasn’t common in 1959, and viewers were impressed. 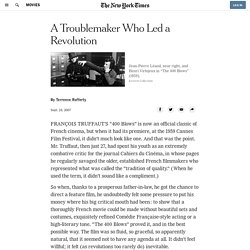 Mr. Truffaut, overcoming the considerable ill will he had earned as a Cahiers critic, won the prize for best director at Cannes; the movie was a hit in France and all over the world. That freeze-frame stuck in people’s minds as if it were a sharp, nagging memory of their own. What looks most remarkable now, though, isn’t the blank still face that closes the film, but the daringly long run that brings us to it, that allows our emotions to gather and build with each short, stiff step until, without quite understanding why, we end up overwhelmed. It’s the movie in miniature, really.

Right from the start of his career Truffaut had the sly gift of holding our attention while appearing to be doing almost nothing, just moving at his own casual pace away from the traditions that dogged him and toward something that might have looked to him as huge and vague and daunting as the ocean. A touch of spice Activities – EUFORIA. Association: 2nd Grade of High School: Presentation / Reviewing 1st step: Read the following reviews. 2nd step: Complete the following table according to the positive or negative features you have noticed in this fragmentary screening. 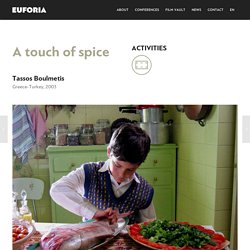 Reviews: The exceptional cinematography and the meandering art direction are not the only mesmerizing elements of this film. Evanthia Reboutsika’s melodies sound like music from the past, charged with memories and full of feelings. Giota Papadimakopoulou, Unique personalities, childhood loves that were never forgotten, simple and humane words that speak straight to our soul, move us and immerse us into a trip to the universe. Elena Andreadou, A forty-year-old astrophysicist returns to Istanbul and his childhood memories… When tears blur the eyes of the critics, their judgement gets blurry as well. Lilly M. Maria Moira, A Touch of Spice: A Place of Memory.