Thunkable. Plan – Project Fi. MIT spin-out Thunkable hopes its drag-and-drop app builder can be a money-spinner too. Bagging lots of users is a challenge one of the startups in Y Combinator’s 2016 winter batch is worrying about a bit less than the average. 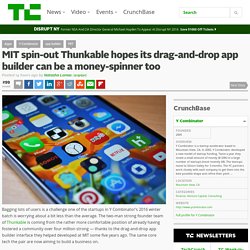 The two-man strong founder team of Thunkable is coming from the rather more comfortable position of already having fostered a community over four million strong — thanks to the drag-and-drop app builder interface they helped developed at MIT some five years ago. The same core tech the pair are now aiming to build a business on. And while they don’t yet have all those millions of users locked into their new tool, they do have some 50,000 people signed up about month after launching their free app builder. And a clear path to encourage over more of their old users — and bring on new ones too. So why the fork of the original MIT project now?

Hence the decision to seek to commercialize the core technology under a new name, building atop the MIT open source code with new features they hope will also support their intention to monetize down the line. Building a Career in Technology - ben stopford. I was asked to talk to some young technologists about about their career path in technology. 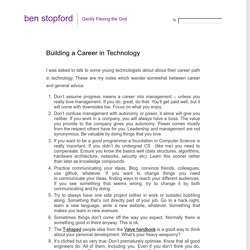 These are my notes which wander somewhat between career and general advice. Don’t assume progress means a career into management – unless you really love management. The Dream of Buying a Coffee With Bitcoin Is Dying, If It’s Not Already Dead. There was a time when believers in bitcoin, the virtual currency backed by math instead of any government, thought that it might one day replace cash as a relatively anonymous way to pay for everything from groceries to your morning coffee. 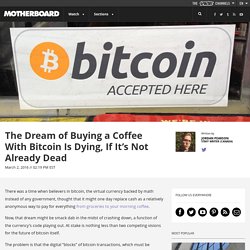 Now, that dream might be smack dab in the midst of crashing down, a function of the currency’s code playing out. At stake is nothing less than two competing visions for the future of bitcoin itself. The problem is that the digital “blocks” of bitcoin transactions, which must be processed by users in order for transactions to be completed, are filling up. With more competition for space inside blocks, the users who process them—called miners—look for the transactions with the highest fee attached first, a voluntary reward from users who make the transactions. The end result is that if you want to use bitcoin, you have to pay a few extra cents. Ethereum: What’s the fuss? – CryptoIQ. The inspiration for Bitcoin has largely emerged from discussion and work based in the cypherpunk movement beginning in the 1970s into the 1990s and continuing into today[1],[2],[3]. 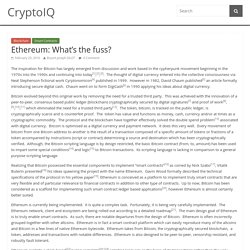 The thought of digital currency entered into the collective consciousness via Neal Stephenson fictional work Cyrptonomicon[4] published in 1999. However in 1982, David Chaum published[5] an article formally introducing secure digital cash. Chaum went on to form DigiCash[6] in 1990 applying his ideas about digital currency. Bitcoin evolved beyond this original work by removing the need for a trusted third party. Object-Oriented Programming is Bad. How to Build a Gear VR App in 10 Minutes Using JavaScript. Ubuntu Basics - Episode 0. Penetration Testing with Linux Tools: Welcome to the Tools of BackTrack and Kali Linux. Data Collection P3P policies declare the data they collect in groups (also referred to as "statements"). 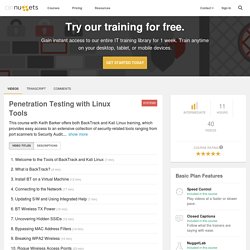 This policy contains 4 data groups. The data practices of each group will be explained separately. Group "Access log information" Penetration Testing With Kali - Online Security Training. Lab Documentation: To deal with the volume of information gathered during a penetration test, we suggest using KeepNote, a multipurpose note-taking application, to initially document all your findings. 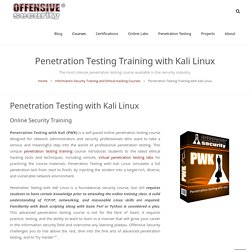 Using an application like KeepNote helps both in organizing the data digitally as well as mentally. When the penetration test is over, the interim documentation will be used to compile the full report. A robot just sunk a hole-in-one on the PGA Tour. In April, harvest season begins in Southern Africa. 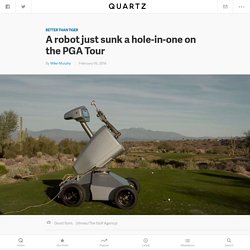 An ongoing drought means the season will yield a historically poor crop. Countries including Malawi, South Africa, and Zimbabwe will have major shortfalls of grain. By one count, more than 20 million people in the region already have limited access to food—notwithstanding the drought. Whites earn more than blacks — even on eBay. "Race effects on eBay. 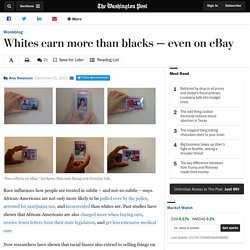 " Ian Ayres, Mahzarin Banaji and Christine Jolls Race influences how people are treated in subtle – and not-so-subtle – ways. African-Americans are not only more likely to be pulled over by the police, arrested for marijuana use, and incarcerated than whites are. Past studies have shown that African-Americans are also charged more when buying cars, receive fewer letters from their state legislators, and get less extensive medical care. 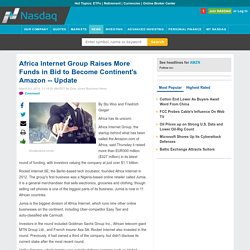 Africa Internet Group, the startup behind what has been called the Amazon.com of Africa, said Thursday it raised more than EUR300 million ($327 million) in its latest round of funding, with investors valuing the company at just over $1.1 billion. Rocket Internet SE, the Berlin-based tech incubator, founded Africa Internet in 2012. A Gentle Introduction to Machine Fundamentals. It seems your browser does not support the scripts on this page. 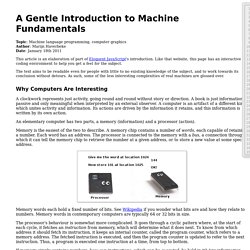 Use a recent version of Chrome or Firefox to see this tutorial in all its glory. For now, you get the non-interactive version. Topic: Machine language programming, computer graphicsAuthor: Marijn HaverbekeDate: January 18th 2011. Introduction to Git - codepancake. At one point, if you’re getting more experienced with programming, you’ll be introduced to version control. And I think the most used form is Git. Git is a version control system that runs in command line interface. You can work on the same (code)projects together at the same time, without interfering one another. And that’s *super* convenient. Volatile and Decentralized: Everything I did wrong as a professor. I really screwed things up as a young faculty member at Harvard. It worked out OK in the end, but, man, I wish I could go back in time to when I was a new professor and give my younger self some much-needed advice.

No, not the "you shouldn't be a professor, get another kind of job" advice -- I wouldn't have listened to that -- but one of the reasons I ended up leaving academia is that I burned myself out. Homeless Techie Launches Squiffy, a Janitorial Startup. Simon Brooks rolled into Silicon Valley with his border collie-black lab mutts, Lexy and Chelsea, and his life savings tied up in a promising wordplay app. The British ex-pat and lifelong language buff had already released a Dictionary.com-powered word game called Gadzookery. Buoyed by that success, he pawned his belongings in a weekend yard sale, gave the bank back the keys to his house outside Louisville, Kentucky, and headed west. He arrived late 2013 in Mountain View, where he slept in his dinged-up ’99 Lexus between 16-hour shifts at the Hacker Dojo, a 24-7 startup incubator that famously spawned Pinterest.

Six months later—spring of 2014—the money dried up. A Kickstarter to raise money for his Scrabble app spinoff failed to gain traction, despite a supportive tweet from the wildly successful Words with Friends creator Paul Bettner. Here Comes Another Bubble v1.1 - The Richter Scales. What (else) I learned about programmers after reading 200+ programming jokes (part 2) Today’s post is a continuation of this article. I’d recommend reading it first if you haven’t already. A short summary of part 1 In the preceding half of this article I talked about some interesting patterns I found while reading more than 200 jokes about programmers. First, we can say with some confidence that the entirety of programmer jokes naturally fit into four categories: 1) Programming mindset 2) Programmer social skills 3) Programmers vs. non-programmers 4) Programmer fears Second, even a superficial analysis of the first two categories (mindset and social skills) is enough to see that the jokes in each tend to follow a basic construct.

Gravatar - Globally Recognized Avatars. If not Scrum, then what? Building software is unpredictable. Because of this inherent unpredictability, you should never constrain both a ship date and a feature list for a projected release. N Queens. Choosing the Way of the Coder. Companies! Don’t discriminate Front-end Developers!

Singapore - To get the good engineers, rethink the education process. Over the last few months, the conversation on Singapore’s tech talent has evolved. GitHub - shekhargulati/52-technologies-in-2016: Let's learn a new technology every week. A new technology blog every Sunday in 2016. Make sure your boss is the right fit too, not just the job. Why Trump? « George Lakoff. Just Landed is Shutting Down. America has locked up so many black people it has warped our sense of reality. China Tries Its Hand at Pre-Crime. China’s effort to flush out threats to stability is expanding into an area that used to exist only in dystopian sci-fi: pre-crime. The Communist Party has directed one of the country’s largest state-run defense contractors, China Electronics Technology Group, to develop software to collate data on jobs, hobbies, consumption habits, and other behavior of ordinary citizens to predict terrorist acts before they occur.

Choosing the Way of the Coder. DeepDrumpf (@DeepDrumpf) Interview with Jacob Appelbaum. LaunchCode. Doing a TED Talk: The Full Story. Mondo – It's time for a new kind of bank. Scientists map images from human brain for first time. Computer Classic: "The Incredible Machine" 1968 Western Electric AT&T 15min. How To Run A Weekly Growth Meeting That Gets Results. The Startup Stock Tracker. Enhanced Training Through Neurostimulation like Neo in Matrix. Zach Holman. The surprising role of Netflix in global health. Your Complete Guide to the World’s Best 360° Cameras - Unimersiv. The beginning of the end for encryption schemes? StartMVP - design and MVP for startups. Is It Better to Rent or Buy?

Building Software at Etsy « Lauren Sperber. Shamsia Hassani (@shamsiahassani) The Cluetrain Manifesto. ECDSA Key Extraction from Mobile Devices via Nonintrusive Physical Side Channels. The Most Promising Cancer Therapy in Decades Is About to Get Better. Fibonacci sequence algorithm in Javascript. Psychology study that induced the "reproducibility crisis" was wrong, researchers say. Walgreens to offer affordable and needle-free blood tests in more stores (updated) 50 books to read in 2016: TED-Ed Educators and TED Speakers share their picks.