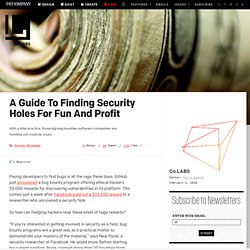 GitHub just announced a bug bounty program offering ethical hackers $5,000 rewards for discovering vulnerabilities in its platform. This comes just a week after Facebook paid out a $33,500 reward to a researcher who uncovered a security hole. So how can fledging hackers reap these kinds of huge rewards? "If you're interested in getting involved in security as a field, bug bounty programs are a great way as a practical matter to demonstrate your mastery of the material," says Neal Poole, a security researcher at Facebook. He would know. Now that Poole's doing internal security audits at Facebook, he has the advantage of being able to access company source code to look for unusual programming styles or areas of code where special requirements force programmers to deviate from standard security practices.

To help with that analysis, he uses a free tool called Burp Proxy that sits between his browser and the rest of the Internet. DRUDGE REPORT 2014® DNS Sinkhole - dns-sinkhole-33523. Beginner's guide to R: Painless data visualization. Computerworld - One of the most appealing things about R is its ability to create data visualizations with just a couple of lines of code. 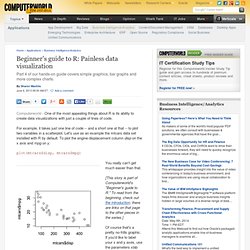 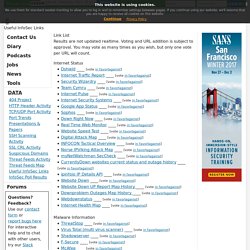 Forgot Password? Log In or Sign Up for Free! Link List Results are not updated realtime. Internet Status Malware Information Security Dashboards Security News Security Blogs Vendor Security Advisories Top of page Add a new Site you have to be logged in to suggest links. Developers: We have an API for you!

Wipe the drive part 1 and 2

Is it time to get rid of NetBIOS? NetBIOS, and its weaknesses that allow extremely easy spoofing have been well known all the way since 2005. 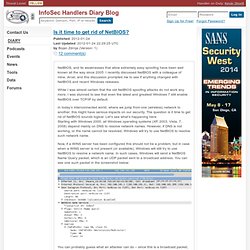 I recently discussed NetBIOS with a colleague of mine, Arcel, and this discussion prompted me to see if anything changed with NetBIOS and recent Windows releases. While I was almost certain that the old NetBIOS spoofing attacks do not work any more, I was stunned to see that even the latest and greatest Windows 7 still enable NetBIOS over TCP/IP by default.

In today’s interconnected world, where we jump from one (wireless) network to another, this might have serious impacts on our security. The question is it time to get rid of NetBIOS sounds logical. Let’s see what’s happening here. Now, if a WINS server has been configured this should not be a problem, but in case when a WINS server is not present (or available), Windows will still try to use NetBIOS to resolve a network name. Now, the question that we have to think about is what attack scenarios are we dealing with here? GSO - Network Security Resources. By Ookla - My Results. Mozilla Firefox.