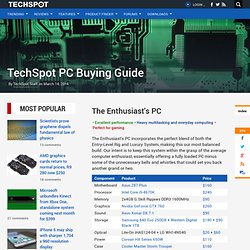 Running Linux From a USB Drive As a Virtual Machine or Bootable Disk. Live Linux environments work just like a typical operating system but run entirely from a CD or USB stick -- the latter being the most common choice these days. 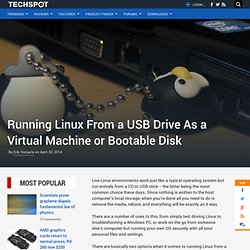 Since nothing is written to the host computer’s local storage, when you’re done all you need to do is remove the media, reboot, and everything will be exactly as it was. There are a number of uses to this, from simply test driving Linux to troubleshooting a Windows PC, or work on the go from someone else’s computer but running your own OS securely with all your personal files and settings. There are basically two options when it comes to running Linux from a USB drive: from within Windows using virtualization software such as VirtualBox, or creating a boot disk.

This quick guide details both methods in a few easy steps. Running Linux from a USB drive in Windows This option will come in handy if you want to run a Live Linux environment but need to retain access to Windows. Tails 1.0 Download. Tails helps you to: use the Internet anonymously and circumvent censorshipall connections to the Internet are forced to go through the Tor networkleave no trace on the computer you are using unless you ask it explicitlyuse state-of-the-art cryptographic tools to encrypt your files, emails and instant messaging Tails is a live system that aims to preserve your privacy and anonymity. 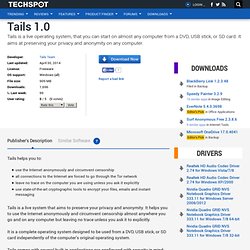 It helps you to use the Internet anonymously and circumvent censorship almost anywhere you go and on any computer but leaving no trace unless you ask it to explicitly. It is a complete operating system designed to be used from a DVD, USB stick, or SD card independently of the computer's original operating system. Tails comes with several built-in applications pre-configured with security in mind: web browser, instant messaging client, email client, office suite, image and sound editor, etc. How to Create a HTPC with Bodhi Linux & XBMC. Non-Programmer's Tutorial for Python 2.6. Tutorial Introduction to PyMVPA — PyMVPA 2.3.0 documentation.

In this tutorial we are going to take a look at all major parts of PyMVPA, introduce the most important concepts, and explore particular functionality in real-life analysis examples. 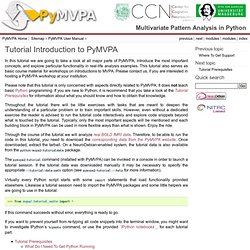 This tutorial also serves as basic course material for workshops on introductions to MVPA. Please contact us, if you are interested in hosting a PyMVPA workshop at your institution. Please note that this tutorial is only concerned with aspects directly related to PyMVPA. It does not teach basic Python programming. My First Deep Learning System 1991 / Deep Learning Timeline 1962-2013. In 2009, our Deep Learning Artificial Neural Networks became the first Deep Learners to win official international pattern recognition competitions [A9] (with secret test set known only to the organisers); by 2012 they had won eight of them [A12], including the first contests on object detection in large images [54] (at ICPR 2012) and image segmentation [53] (at ISBI 2012). 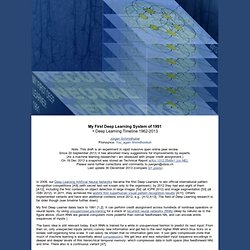 In 2011, they achieved the world's first superhuman visual pattern recognition results [A11]. Others implemented variants and have won additional contests since 2012, e.g., [A12,A13]. The field of Deep Learning research is far older though (see timeline further down). You, Yes You, Can Analyze Data, Too. What does it take to break into the growing field of data analysis? 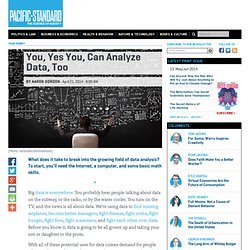 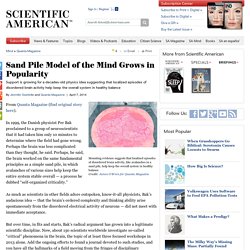 The Art of Complex Problem Solving. The 7 best ways to learn how to code. It’s never been a better time to pick up programming. 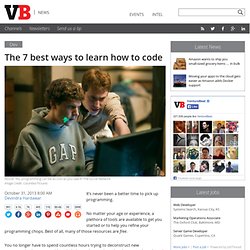 No matter your age or experience, a plethora of tools are available to get you started or to help you refine your programming chops. Best of all, many of those resources are free. You no longer have to spend countless hours trying to deconstruct new programming languages with no help beyond sparsely updated message boards and the good graces of patient IRC chat buddies. (In my day…) Now there are expertly written tutorials, helpful videos, and a wealth of other resources online. Part 15: Humans Are (Blank)-ogamous: Lessons from Models of Sex and Love. The introduction to this series can be found here. 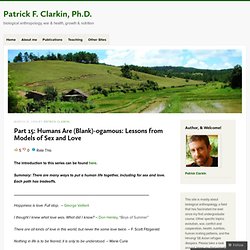 Summary: There are many ways to put a human life together, including for sex and love. Each path has tradeoffs. Happiness is love. Full stop. – George Vaillant. A Map for the Future of Neuroscience. On Monday, the National Institutes of Health released a fifty-eight-page report on the future of neuroscience—the first substantive step in developing President Obama’s BRAIN Initiative, which seeks to “revolutionize our understanding of the human mind and uncover new ways to treat, prevent, and cure brain disorders like Alzheimer’s, schizophrenia, autism, epilepsy, and traumatic brain injury.” 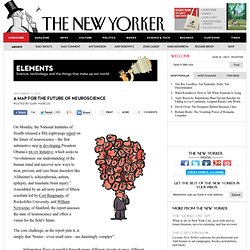 The Threat of Artificial Intelligence. If the New York Times’s latest article is to be believed, artificial intelligence is moving so fast it sometimes seems almost “magical.” Self-driving cars have arrived; Siri can listen to your voice and find the nearest movie theatre; and I.B.M. just set the “Jeopardy”-conquering Watson to work on medicine, initially training medical students, perhaps eventually helping in diagnosis. Scarcely a month goes by without the announcement of a new A.I. product or technique. Yet, some of the enthusiasm may be premature: as I’ve noted previously, we still haven’t produced machines with common sense, vision, natural language processing, or the ability to create other machines. New Methods in Nonperturbative Quantum Field Theory.

Quantum field theory has been the fundamental framework of quantum physics for well over half a century, but many open questions remain about its behavior at strongly coupling. In recent years new methods have arisen to address this. The purpose of this program is to develop these methods and the connections between them. Spooky Physics Phenomenon May Link Universe's Wormholes. Wormholes — shortcuts that in theory can connect distant points in the universe — might be linked with the spooky phenomenon of quantum entanglement, where the behavior of particles can be connected regardless of distance, researchers say.

These findings could help scientists explain the universe from its very smallest to its biggest scales. Scientists have long sought to develop a theory that can describe how the cosmos works in its entirety. Currently, researchers have two disparate theories, quantum mechanics and general relativity, which can respectively mostly explain the universe on its tiniest scales and its largest scales. There are currently several competing theories seeking to reconcile the pair. One prediction of the theory of general relativity devised by Einstein involves wormholes, formally known as Einstein-Rosen bridges. Master monkey's brain controls sedated 'avatar' 18 February 2014Last updated at 11:35 ET By James Gallagher Health and science reporter, BBC News. The Coming Technological Singularity. School of Mathematics and Physics.