The new seven wonders of the world 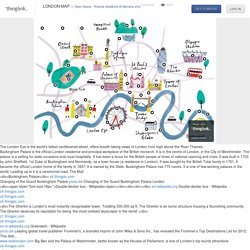 The bridge crosses the River Thames close to the Tower of London and has become an iconic symbol of London. Tower Bridge is one of five London bridges now owned and maintained by the Bridge House Estates, a charitable trust overseen by the City of London Corporation. It is the only one of the Trust's bridges not to connect the City of London directly to the Southwark bank, as its northern landfall is in Tower Hamlets. The bridge consists of two bridge towers tied together at the upper level by two horizontal walkways, designed to withstand the horizontal tension forces exerted by the suspended sections of the bridge on the landward sides of the towers.

The vertical components of the forces in the suspended sections and the vertical reactions of the two walkways are carried by the two robust towers. Kids View: What to do in London (Insider tips from local kids) Faits amusants pour les pays d'Enfants du Monde - Royaume-Uni. London, England Travel Guide - Must-See Attractions. This is London. A View On Cities.