I’m a black activist. Here’s what people get wrong about Black Lives Matter. I learned much of what I know about the civil rights movement at Morehouse College. 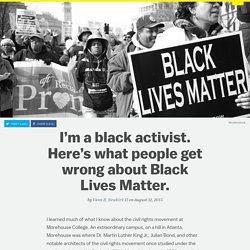 An extraordinary campus, on a hill in Atlanta, Morehouse was where Dr. Martin Luther King Jr., Julian Bond, and other notable architects of the civil rights movement once studied under the tutelage of titans like Benjamin Elijah Mays. It's where, in 2006, I enrolled with similar hopes. Like most historically black colleges and universities, Morehouse is still heavy with the spirit of the civil rights movement that it helped birth; to attend any of these institutions is to surround oneself with ghosts of the struggle. Six years ago, while still a student at Morehouse, I took a class dedicated to bringing in speakers every week to lecture us on that movement. How Tom Wolfe Became … Tom Wolfe. Michael Lewis delves deep into the archives of the legendary reporter turned novelist to discover what made the man in the white suit the voice of a journalistic generation. 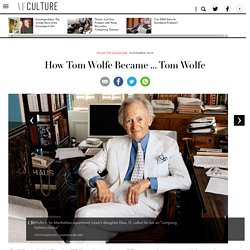 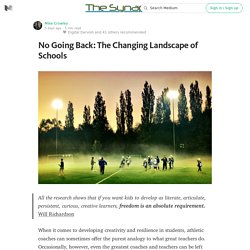 Will Richardson When it comes to developing creativity and resilience in students, athletic coaches can sometimes offer the purest analogy to what great teachers do. Occasionally, however, even the greatest coaches and teachers can be left behind when the rules of the game change. There is no doubt that, in schools these days, technology is the big game changer. Volume Is The Best Magical Strategy. Cat Vincent's Oddities and Mutterings. Two things… 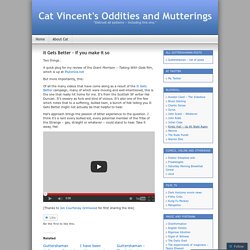 Magic, Evolution, and Other Things. I was thinking about Gordon's recent post, on how Chaos Magic is good enough for him. 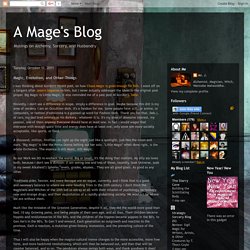 I went off on a tangent after Jason's response to him, but I never actually addressed the ideas in the original post proper. Big Magic vs Little Magic. It also reminded me of a past post of Gordon's, here. Honestly, I don't see a difference in scope, simply a difference in goal. ThetaHealing - Theta Healing - Vianna Stibal. The Economics of Pricelessness. The digital economy has taught us a lot about one extreme of pricing: zero. 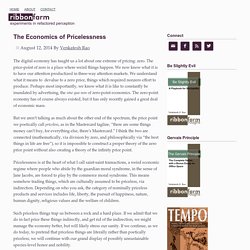 The price-point of zero is a place where weird things happen. We now know what it is to have our attention productized in three-way attention markets. We understand what it means to devalue to a zero price, things which required nonzero effort to produce. Circle Thrice: Mind War: Part One. Viruses have, by definition, an element of harm. 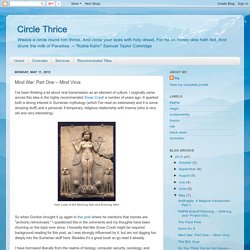 Unlike bacteria, which can be helpful or harmful, viruses are by nature harmful because they destroy the cells that they use to replicate. While there are examples of viruses attacking bacteria or other viruses in nature, any benefit is usually a side effect that doesn't necessarily override the harm. Computer viruses are also . Computer viruses are typically created to do harmful things (like collect your personal information and send it someplace else).

And even if they didn't have a nefarious purpose, the self-replicating aspect takes a toll on the system where the infection is. In order for a virus to spread, it requires some kind of network in order to move beyond infection of a single entity. Newrepublic. Tony Hsieh, the CEO of Zappos, the online shoe and clothing store, lives in a trailer park in downtown Las Vegas. 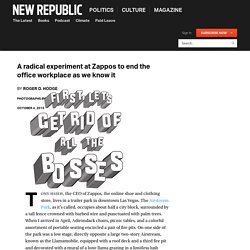 The Airstream Park, as it's called, occupies about half a city block, surrounded by a tall fence crowned with barbed wire and punctuated with palm trees. Fastcodesign. In 2004, the Beastie Boys handed out 50 cameras to fans attending a concert at Madison Square Garden. 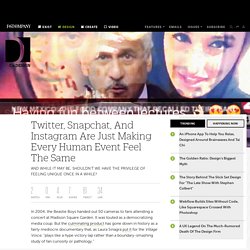 MULTI SCALE ENTANGLEMENT. The ER = EPR idea posits that entangled particles inside and outside of a black hole’s event horizon are connected via wormholes. 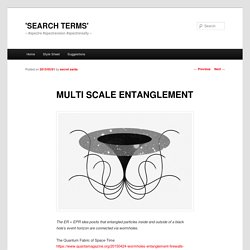 The Quantum Fabric of Space- How Quantum Pairs Stitch Space-Time by Jennifer Ouellette / April 28, 2015 Brian Swingle was a graduate student studying the physics of matter at the Massachusetts Institute of Technology when he decided to take a few classes in string theory to round out his education — “because, why not?” He recalled — although he initially paid little heed to the concepts he encountered in those classes. 200 Prompts for Argumentative Writing. Fastcodesign. It's safe to say that architecture and Chicago's history are inextricably linked.

The city was the stomping grounds of Bauhaus great Mies van der Rohe. Frank Lloyd Wright had his home and studio in Oak Park. Louis Sullivan built some of the world's first skyscrapers there. Postmodern pioneer Stanley Tigerman and contemporary impresario Jeanne Gang are based in the city. And for the next three months, Chicago is host to the first architecture biennial in North America.

Essentially a three-month-long exhibition and roster of public lectures and events, the Chicago Architecture Biennial brings together the work of over 100 leading designers, architects, and artists in a survey of what's happening in the field.