Teach Your Children Wild Edible and Medicinal Plants with this Creative Board Game. As a father I can relate to this one. 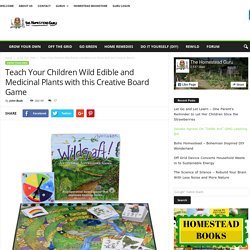 What better way to learn than to do it while playing a game and having a little fun! Adrienne Rich on Love, Loss, Public vs. Private Happiness, and the Creative Process. We recently lost beloved poet, essayist, feminist, and MacArthur “genius” Adrienne Rich. 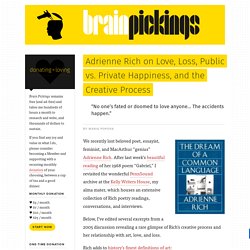 After last week’s beautiful reading of her 1968 poem “Gabriel,” I revisited the wonderful PennSound archive at the Kelly Writers House, my alma mater, which houses an extensive collection of Rich poetry readings, conversations, and interviews. Below, I’ve edited several excerpts from a 2005 discussion revealing a rare glimpse of Rich’s creative process and her relationship with art, love, and loss. Rich adds to history’s finest definitions of art: Personalised children's books. The Woody Allen Interview (Which He Won’t Read) Duck, Death and the Tulip: An Uncommonly Tender Illustrated Meditation on the Cycle of Life.

“Death is our friend precisely because it brings us into absolute and passionate presence with all that is here, that is natural, that is love,” Rilke wrote in contemplating how befriending our morality can help us feel more alive. 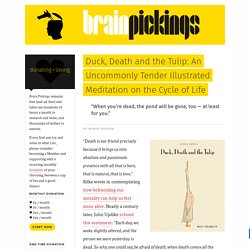 Nearly a century later, John Updike echoed this sentiment: “Each day, we wake slightly altered, and the person we were yesterday is dead. So why, one could say, be afraid of death, when death comes all the time?” 25+ Creative Ways To Repurpose Old Kitchen Stuff. Little Girl Forgets Her Stuffed Bunny At Hotel, Staff Takes It On Adventure. When Adare Manor Hotel’s staff in Ireland found a lost bunny, they decided to have a little fun. 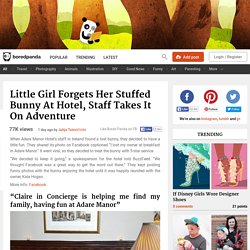 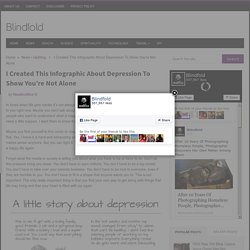 Maybe you can’t talk about it or you don’t want to. So this comic is made for the people who want to understand what is happening to depressed humans and for the people who need a little support. Heartwarming Illustrations Show That Love Is In The Small Things. Philippa Rice is a multi-talented artist who creates simple but beautiful comics about the everyday joys of living with someone you love. 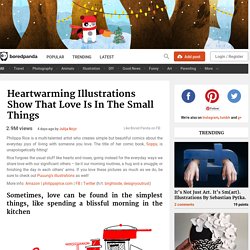 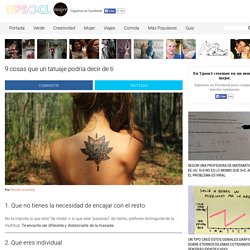 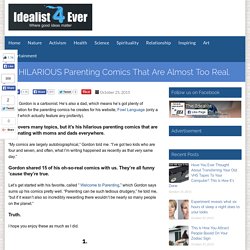 He’s also a dad, which means he’s got plenty of inspiration for the parenting comics he creates for his website, Fowl Language (only a few of which actually feature any profanity). Edicions del Bullent: Conta'm l'Horta. Vídeo. Orphaned Seal Returns To Ocean After Being Rescued ... By Cows. This little seal has had a bizarre string of adventures since she last saw her ocean home — but now she's finally back where she belongs, thanks to a curious group of cows. 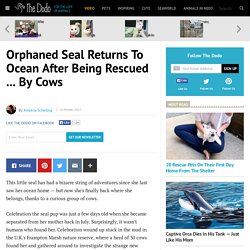 Celebration the seal pup was just a few days old when she became separated from her mother back in July. MARIEKE VAN DER VELDEN. Reading Across Borders. I’ve got in front of me a stack of Fall 2015 picture-book imports, as well as books that were first published here in the U.S. but were written and/or illustrated by those from other countries. 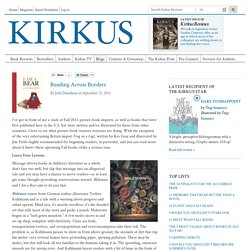 I love to see what picture-book creators overseas are doing. With the exception of the very entertaining British import Frog on a Log? , written by Kes Gray and illustrated by Jim Field—highly recommended for beginning readers, in particular, and you can read more about it here—these upcoming Fall books strike a serious tone. Learn Your Lessons. Kultúra: Helyettünk beszélnek a múmintrollok. Index2. The Blue Whale: A Loving Science Lullaby for Our Planet’s Largest-Hearted Creature. By Maria Popova An affectionate tour of an alternate universe right here on earth, where it’s possible to grow by nine pounds an hour and never sleep. “The world is blue at its edges and in its depths,” Rebecca Solnit wrote in her beautiful meditation on the color of distance and desire.

No creature compresses the edgeless grandeur of our Pale Blue Dot into a single body as perfectly as the blue whale — an animal absolutely awesome in the true sense of the word. Incredibly Useful Digital Watercolour Tools for Illustrators. Our Pet Dragon Loves Playing With Everyday Objects. We are Manik & Ratan, twin brothers based in Dhaka, Bangladesh. We both are cartoonist, animators and also designers. Boredpanda. Did you know that shark pregnancies can last 3 years, giraffes only sleep for 2 hours, and pigs can’t see the sky?

I’ve been illustrating these adorably sad facts and sharing them online for less than 2 months, and so far 6,500 people on Instagram have learned and laughed, and gotten slightly depressed. More info: sadanimalfacts.com | Instagram Show 34 more Add Image.