7 Completely Free VPN Services To Protect Your Privacy. Advertisement A few years ago, there was an abundance of quality free VPNs available. 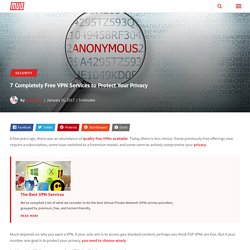 Today, there is less choice. Some previously free offerings now require a subscription, some have switched to a freemium model, and some seem to actively compromise your privacy. The Best VPN Services The Best VPN Services We've compiled a list of what we consider to be the best Virtual Private Network (VPN) service providers, grouped by premium, free, and torrent-friendly. Read More Much depends on why you want a VPN. In this article, I’ll show you seven free VPNs that’ll help protect your privacy. (Note: All the VPNs in this article have a robust free version available. 1.

Spotflux falls into the ad-supported category. It’ll block dangerous sites, works on multiple platforms, and gives you a “set it and forget about it” peace of mind. If you decide to upgrade to the premium version (including no ads and access to the premium network), it’ll set you back $38 per year. Free IP Filtering to Unblock Netflix, Hulu, Vevo Outside US: Tunlr. Tunlr offers a unique combination of a free DNS server and proxy service which non-US residents can use in order to access online services which are available to US residents exclusively. 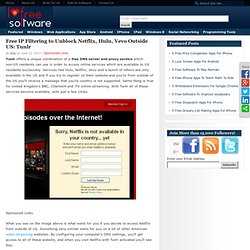 How to Stream Netflix, Hulu, and Pandora from Anywhere in the World with Media Hint. Having the ability to stream music or video from practically any internet-capable device is a thing of wonder—especially at the airport. 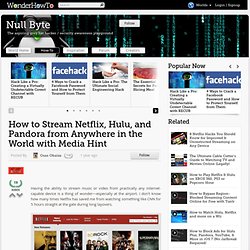 I don't know how many times Netflix has saved me from watching something like CNN for 5 hours straight at the gate during long layovers. But streaming video sites like Netflix only work in North American and few other regions. The 15 Funniest Autocorrects Of The Month (PICTURES) If you've spent more than 15 minutes on the Internet, you're probably familiar with Damn You, Autocorrect, the site that curates the funniest texting FAILs uploaded to the web. 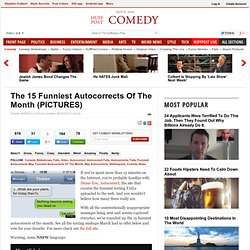 And you wouldn't believe how many there really are. With all the unintentionally inappropriate messages being sent and screen-captured everyday, we've rounded up the 15 funniest autocorrects of the month. See all the texting mishaps March had to offer below and vote for your favorite. For more check out the full site. Warning, some NSFW language. Loading Slideshow. How To Drive A Stick Shift Properly. SExpand for how much I enjoy that movie the content is horrible haha I thought modern syncro-mesh means no need to double-clutch? 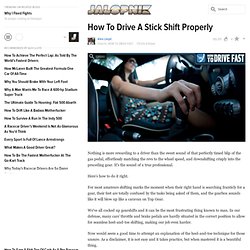 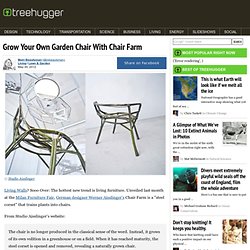 Sooo Over: The hottest new trend is living furniture. Unveiled last month at the Milan Furniture Fair, German designer Werner Aisslinger's Chair Farm is a "steel corset" that trains plants into chairs. From Studio Aisslinger's website: The chair is no longer produced in the classical sense of the word. Napoleon complex. British propaganda of the time promoted the idea that Napoleon was short. 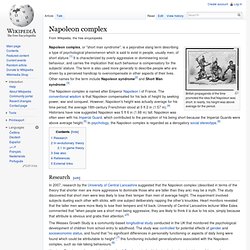 In reality, his height was above average for the period. Napoleon complex, or "short man syndrome", is a pejorative slang term describing a type of psychological phenomenon which is said to exist in people, usually men, of short stature.[1] It is characterized by overly-aggressive or domineering social behaviour, and carries the implication that such behaviour is compensatory for the subjects' stature.

The term is also used more generally to describe people who are driven by a perceived handicap to overcompensate in other aspects of their lives. Other names for the term include Napoleon syndrome[2] and Short Man syndrome.[3] Research[edit] In 2007, research by the University of Central Lancashire suggested that the Napoleon complex (described in terms of the theory that shorter men are more aggressive to dominate those who are taller than they are) may be a myth. In evolutionary theory[edit] In game theory[edit] 8 Abandoned American Theme Parks “Open” for Exploration.

Amusement parks walk the fine line between fun-ish and semi-creepy. Derinkuyu, or: the allure of the underground city. My friend Robert and I finished reading Alan Weisman's The World Without Us almost simultaneously – and we both noted one specific passage. 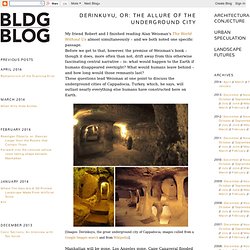 Before we get to that, however, the premise of Weisman's book – though it does, more often than not, drift away from this otherwise fascinating central narrative – is: what would happen to the Earth if humans disappeared overnight? What would humans leave behind – and how long would those remnants last? These questions lead Weisman at one point to discuss the underground cities of Cappadocia, Turkey, which, he says, will outlast nearly everything else humans have constructed here on Earth. [Images: Derinkuyu, the great underground city of Cappadocia; images culled from a Google Images search and from Wikipedia].

[Images: Derinkuyu and a view of Cappadocia; images culled from a Google Images search and from Wikipedia]. Why Nikola Tesla was the greatest geek who ever lived. Additional notes from the author: If you want to learn more about Tesla, I highly recommend reading Tesla: Man Out of Time Also, this Badass of the week by Ben Thompson is what originally inspired me to write a comic about Tesla.

Related:  environment   -  How to make a natural air freshener, and assemble your own laboratory for concocting teas, salves, and syrups   -  Herbs at a Glance   -  Alternative, Complementary & Herbal Medicine Forums, Blogs, News, FAQs, Surveys & Knowledgebase on curezone.com   -  TreeHugger   -  Why Nikola Tesla was the greatest geek who ever lived   -  Education   -  Enterprise