Headteacher: “Time to kill off the exercise book” A headteacher has called for schools to throw out their exercise books – with pupils instead spending their time making products that can change the world around them. 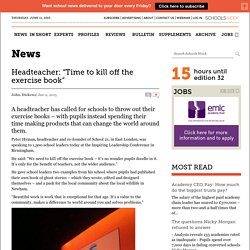 Peter Hyman, headteacher and co-founder of School 21, in East London, was speaking to 1,500 school leaders today at the Inspiring Leadership Conference in Birmingham. He said: “We need to kill off the exercise book – it’s no wonder pupils doodle in it. It’s only for the benefit of teachers, not the wider audience.” Home - Arun Gandhi. Game Changer Thinking. Ashoka - Innovators for the Public. Inventor of Mind Mapping. Edward de Bono - The Father of Lateral Thinking and Creativity.

Mimi Ito. Biography Mizuko Ito is a cultural anthropologist of technology use, examining children and youth’s changing relationships to media and communications and is Professor in Residence and John D. and Catherine T. 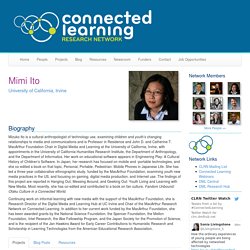 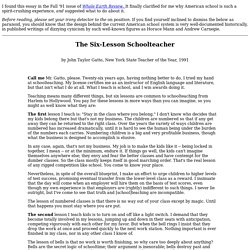 Gatto, please. Twenty-six years ago, having nothing better to do, I tried my hand at schoolteaching. My license certifies me as an instructor of English language and literature, but that isn't what I do at all. What I teach is school, and I win awards doing it. Teaching means many different things, but six lessons are common to schoolteaching from Harlem to Hollywood. Freedom to Learn. Dream A Dream.

PROTSAHAN. Going to School. Se connecter à Facebook. Lend-A-Hand India. Re-imagining education: from Gandhi’s grandson to a school without classrooms. A few months ago, on a remote island off the coast of Stockholm, I met another Change Leader who has truly re-imagined learning for the 21st century. 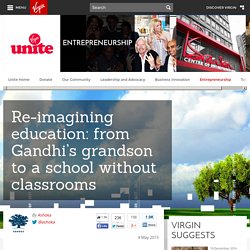 Following a tragic case of vandalism in which his school burnt down to the ground, principal Lennart Nilsson asked his local community what they wanted their new school to look like. Parents, policy makers, teachers and pupils collectively decided on a new kind of learning environment – rooted in the ‘real world’ and based on the natural ways children learn. Design for Change.