Talk About An Ancient Mariner! Greenland Shark Is At Least 272 Years Old. The long lifespan of the Greenland shark, shown here in the cold, deep waters of the Uummannaq Fjord, may only be surpassed by that of the ocean quahog, a clam known to live as long as 507 years. 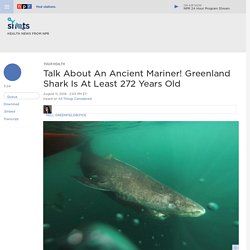 Julius Nielsen/Science hide caption toggle caption Julius Nielsen/Science The long lifespan of the Greenland shark, shown here in the cold, deep waters of the Uummannaq Fjord, may only be surpassed by that of the ocean quahog, a clam known to live as long as 507 years. Julius Nielsen/Science Sharks can live to be at least 272 years old in the Arctic seas, and scientists say one recently caught shark may have lived as long as 512 years. That's according to a study published Thursday in the journal Science that says Greenland sharks can live longer than any other known animal advanced enough to have a backbone. Foxes That Endure Despite a Lack of Genetic Diversity. Proof of evolution that you can find on your body.

Scientists Set To Drill Into Extinction-Event Crater In Mexico. Artwork of an asteroid (not to scale) hitting Earth. 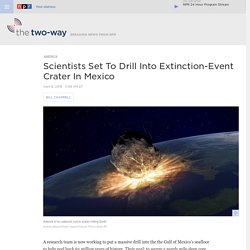 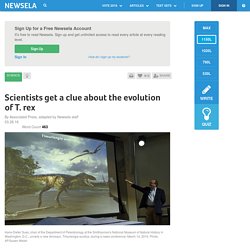 Evolution is the theory that species evolve — or change — to become better at living in their environment. A fossil find in Central Asia is giving scientists a glimpse of how the change happened. T. rex and other tyrannosaurs were huge, powerful predators, but they evolved from much smaller ancestors. The new discovery in Asia indicates that this supersizing happened quickly.

ACTprep2013 2014. A Human Can Beat A Horse In An Endurance Race. When it comes to feats of speed and strength, Homo sapiens is a pretty pitiful species. 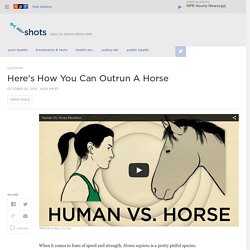 The list of animals that can outsprint us is embarrassing. There's the cheetah, of course, but also horses, ostriches, greyhounds, grizzly bears, kangaroos, wild boars, even some house cats. Usain Bolt, the fastest man alive, ran 100 meters in 9.58 seconds. A cheetah has done it in 5.95. Based on the their speed unspooling fishing lines, we think black marlins can travel 80 mph. A snow leopard easily jumps farther than world-record holder Mike Powell. An elephant can lift more than Belorussian sensation Leonid Taranenko, and that's just with its trunk. But there is one event where humans might best every other species: the marathon. The latest video from NPR's Skunk Bear explores the physiology and evolution behind humanity's secret power, and takes you to a race in Wales that pits humans against horses. Study shows humans are evolving faster than previously thought. Humans are evolving more rapidly than previously thought, according to the largest ever genetics study of a single population. 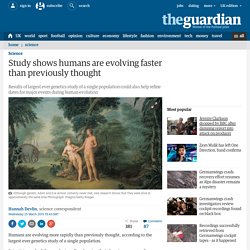 Scientists reached the conclusion after showing that almost every man alive can trace his origins to one common male ancestor who lived about 250,000 years ago. The discovery that so-called “genetic Adam”, lived about 100,000 years more recently than previously understood suggests that humans must have been genetically diverging at a more rapid rate than thought. Kári Stefánsson, of the company deCODE Genetics and senior author of the study, said: “It means we have evolved faster than we thought.” The study also shows that the most recent common male ancestor was alive at around the same time as “mitochondrial Eve” - the last woman to whom all females alive today can trace their mitochondrial DNA. Under a Farmer’s Field: A Woolly Mammoth in Michigan. Continue reading the main story Video Buried beneath a Michigan farmer’s soy field were the butchered remains of a woolly mammoth. 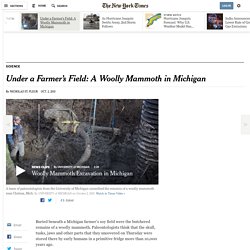 Paleontologists think that the skull, tusks, jaws and other parts that they uncovered on Thursday were stored there by early humans in a primitive fridge more than 10,000 years ago. Last Monday James Bristle, the farmer, came across what he thought was a fence post while digging in his yard, only to discover that it was actually a rib, according to The Ann Arbor News. He contacted researchers from the University of Michigan to investigate, and together they unearthed the prehistoric beast. The Brontosaurus returns from its "name" extinction.

Scientists look at woolly mammoth genes to see why they died out. For the first time, scientists have pieced together the complete set of genes — the genome — of the long-extinct woolly mammoth. 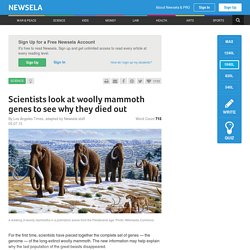 How The Turtle Got Its Shell. An illustration of Pappochelys, based on its 240-million-year-old fossilized remains. 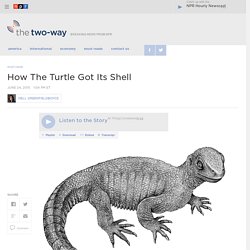