Dinosaur Quizzes Activities. These activities are designed for dinosaur lovers of all ages. 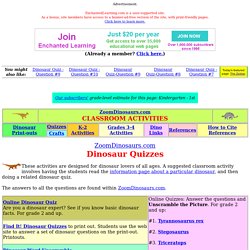 A suggested classroom activity involves having the students read the information page about a particular dinosaur, and then doing a related dinosaur quiz. The answers to all the questions are found within ZoomDinosaurs.com. DEMO Geography & History ESO 1. Sutori. What happened before history? Prehistory (Origins & Stone Age) Tip: Press ctrl and F (or Command and F on a Mac) to perform a keyword search of this page. 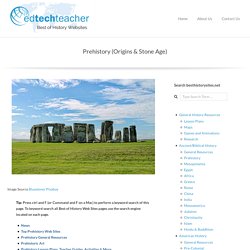 To keyword search all Best of History Web Sites pages use the search engine located on each page. Prehistory in the News Before Lucy came Ardi, new earliest hominid found Associated Press, October 1, 2009 — “Ardi,” a 110-pound, 4-foot female hominid who lived 4.4 million years ago in what is now Ethiopia roamed forests a million years before the famous Lucy, long studied as the earliest skeleton of a human ancestor. Human’s Oldest Relative Found (from Discovery, on YouTube) Prehistoric man ‘used crude sat nav’ Telegraph, September 15, 2009 — Prehistoric man navigated his way across England using a crude version of sat nav based on stone circle markers, historians have claimed. 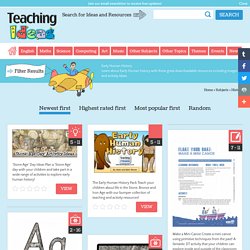 Close Search for Ideas and Resources Filter Results Menu. Teach Prehistory! Teaching a unit on Prehistory can be very exciting! 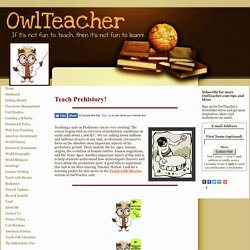 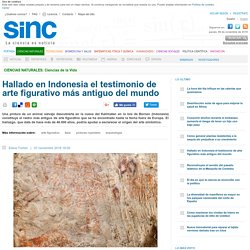 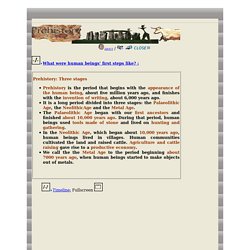 Some people cultivated fields, other people looked after the animals and others made weapons, fabrics, and other objects. There were two important technical innovations in the Neolithic Age: fabrics and pottery. They produced fabrics from animalsâ€™ wool using tools like bone spindles, and rudimentary looms. Pottery was made by hand and baked in a bonfire. New objects were invented such as vessels to hold the grain, bowls for eating and cooking, etc. Neolithic means New Stone. Llengua anglesa. Charles Darwin was born in the town of Shrewsbury, England on February 12, 1809. 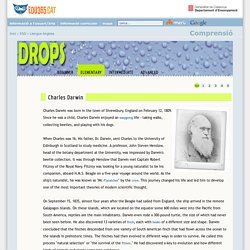 Since he was a child, Charles Darwin enjoyed an easygoing life - taking walks, collecting beetles, and playing with his dogs. When Charles was 16, His father, Dr. Darwin, sent Charles to the University of Edinburgh in Scotland to study medicine. A professor, John Steven Henslow, head of the botany department at the University, was impressed by Darwin's beetle collection. It was through Henslow that Darwin met Captain Robert Fitzroy of the Royal Navy. On September 15, 1835, almost four years after the Beagle had sailed from England, the ship arrived in the remote Galápagos Islands. From the Galápagos Islands, the Beagle sailed across the Pacific to Tahiti. Charles Darwin's theory of evolution by natural selection still holds its place as one of the greatest discoveries of modern science. 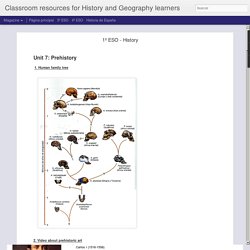 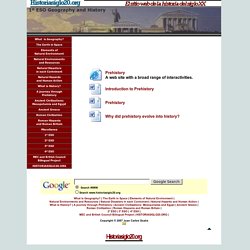