Education for the Future

4 Assessment Strategies for Distance and Hybrid Learning in High School. The question of how to authentically and fairly assess distance learners is one that educators, administrators, and school districts have been struggling with since the spring. 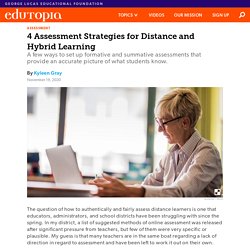 In my district, a list of suggested methods of online assessment was released after significant pressure from teachers, but few of them were very specific or plausible. My guess is that many teachers are in the same boat regarding a lack of direction in regard to assessment and have been left to work it out on their own. Below are four assessment strategies that I’ve tested in my digital/physical classroom. Although every subject area has unique assessment needs, I think most teachers will be able to find something in this list that could work for them, whether they are teaching in person, online, or in a hybrid format. 1. What the next 20 years will mean for jobs – and how to prepare. The next two decades promise a full-scale revolution in our working lives. 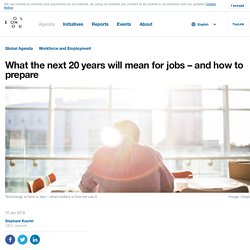 Before we look into the next 20 years, let’s take a quick look at the present – and something once considered paradoxical. We’re already living in an age of a lot of robots – and a lot of jobs. As the number of robots at work has reached record levels, it’s worth noting that in 2018 the global unemployment level fell to 5.2%, according to a report last month – the lowest level in 38 years. In other words, high tech and high employment don’t have to be mutually exclusive.

College Is Dead According To The New Book 'Leveraged Learning' Danny Iny wants you to be intentional about how you learn.Allen McEachern Danny Iny has a clear point of view: “College is old, musty and maybe dead.” 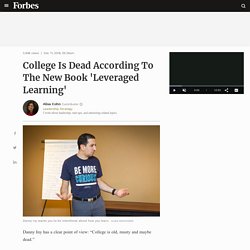 “College is too expensive,” he added. “Post-college under employment is the norm. From the company perspective, everyone who has hired someone knows it doesn’t matter where you went to college. Www.forbes. A Higher Purpose for Higher Education - Sponsor Content. Interactive Techniques. These techniques have multiple benefits: the instructor can easily and quickly assess if students have really mastered the material (and plan to dedicate more time to it, if necessary), and the process of measuring student understanding in many cases is also practice for the material—often students do not actually learn the material until asked to make use of it in assessments such as these. 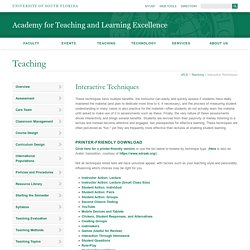 Finally, the very nature of these assessments drives interactivity and brings several benefits. Students are revived from their passivity of merely listening to a lecture and instead become attentive and engaged, two prerequisites for effective learning. These techniques are often perceived as "fun," yet they are frequently more effective than lectures at enabling student learning. 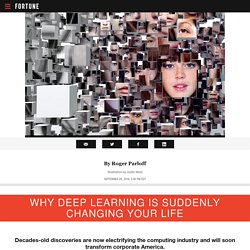 Over the past four years, readers have doubtlessly noticed quantum leaps in the quality of a wide range of everyday technologies. Higher Education's Push Toward Lifelong Learning. When the giant Indian technology-services firm Infosys announced last November that it would open a design and innovation hub in Providence, the company’s president said one of the key reasons he chose Rhode Island was its strong network of higher-education institutions: Brown University, the Rhode Island School of Design, and the Community College of Rhode Island. 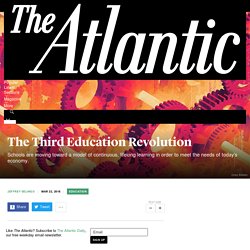 In a higher-education system that is often divided between two- and four-year colleges and further segregated between elite and nonelite institutions, it’s not often that a community college is mentioned in the same breath as an Ivy League campus. Businessinsider. In late 2017, Salvator Mundi, one of Leonardo da Vinci’s paintings, sold for $450.3 million. 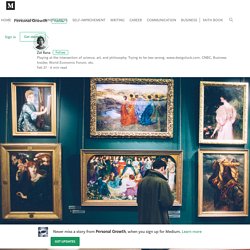 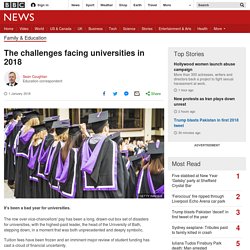 The row over vice-chancellors' pay has been a long, drawn-out box set of disasters for universities, with the highest-paid leader, the head of the University of Bath, stepping down, in a moment that was both unprecedented and deeply symbolic. Tuition fees have been frozen and an imminent major review of student funding has cast a cloud of financial uncertainty. From Monday, a new higher education regulator comes into force, with the Office for Students charged with ensuring value for money. 4 Useful Applications Of Mind Mapping In Business. Opinion: Frances Valintine – Future-focused? Who are we fooling?