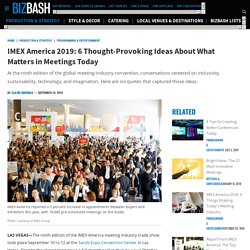 Despite the show taking place a full month earlier than its usual October date, IMEX Group chairman Ray Bloom estimated that the convention drew almost 14,000 meeting professionals from 150 countries around the world, while MPI’s Smart Monday day of professional development drew about 900 people. Perhaps the biggest news of the week was the debut of the Events Industry Council’s new EIC Centre for Sustainable Events, a digital platform that will provide education, research, and resources on both eco-friendly practices as well as issues of social justice and community impact. “[Producing] sustainable events is the only way to ensure that your business will continue to exist,” explained Miguel Naranjo, program officer for the United Nations Framework Convention on Climate Change, who is involved in the center. 1. 2. Colin Cowie on Instagram: “I had such a great time designing and producing the wedding of Annika and Tijs (aka Tiësto)at the amazing @amangiri against the most…” xPRESS - Rental Backdrops & Rental Decor from ATOMIC.

IMEX America 2019: Insights on Sustainability, Accessibility, Technology at Meetings. GAME EVERY(WEAR) DELUXE GAMING. PULL THE (UN)PLUG. ZERO WASTE DINING SPACE. Helsinki’s Restaurant Nolla is so committed to zero waste that it doesn’t even have a trash can. 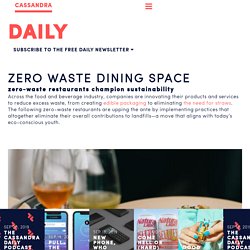 To achieve this level of sustainability, Nolla’s owners worked with local suppliers to find eco-friendly alternatives to single-use packaging. For farm suppliers, produce is delivered using reusable wood crates, while in the case of other suppliers, Nolla purchased containers that could be repeatedly used. For example, Nolla owners asked their local coffee supplier to use a hard plastic container instead of normal vacuum-sealed plastic plastic bags. In addition to how they source their ingredients, Nolla serves a seasonal set menu, which allows the restaurant to utilize what’s local and available and order just the right amount of food, allowing Nolla to avoid surplus ingredients.

Clever Ways to Render a Logo at Events. We’re a design studio focused on new media. 10 Best Ideas of the Week: Missy Elliott Museum, Howard Johnson Pop-Up, Stiiizy LA Flagship Opening. The Macallan Has Revealed Its New Pantone Collaboration, the Macallan Edition Purple - Paste. The Macallan this morning unveiled its latest release, The Macallan Edition No. 5, with a special bonus: A brand-new, accompanying color from the experts at the Pantone Color Institute. 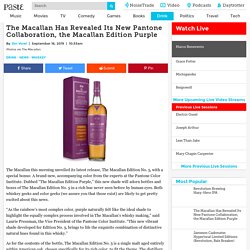 Dubbed “The Macallan Edition Purple,” this new shade will adorn bottles and boxes of The Macallan Edition No. 5 in a rich hue never seen before by human eyes. Both whiskey geeks and color geeks (we assure you that those exist) are likely to get pretty excited about this news. “As the rainbow’s most complex color, purple naturally felt like the ideal shade to highlight the equally complex process involved in The Macallan’s whisky making,” said Laurie Pressman, the Vice President of the Pantone Color Institute. “This new vibrant shade developed for Edition No. 5, brings to life the exquisite combination of distinctive natural hues found in this whisky.” A Classic Whiskey Drink Now 3D Printed. Gallery — Laser eats. AVEVA on LinkedIn: "What do you think of our #innovative menu for the gala dinner here at #AVEVAWorld Summit 2019 Singapore? #boldthinking #brightfuture " 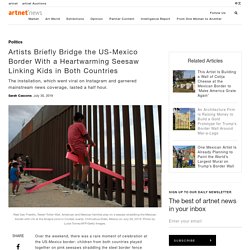 The almost surreally joyous scene was a temporary art piece titled Teeter-Totter Wall, meant to foster a sense of unity between the two nations. Nike: Random Studio introduces interactive installation for Nike Free. For the launch of a new generation of Nike Free running shoe, Random Studio, a Dutch experiential design studio, created a range of hands-on digital and physical tools to illustrate the benefits of the brand’s unique Auxetic Sole technology. 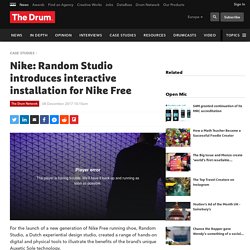 Scandinavian fashion retailer Carlings—which counts more than 200 physical retail outposts across Norway, Sweden, and Finland—partnered with Vice Media-owned Virtue Nordic to sell digital clothes that start at 10 euros for accessories but go up to 30 euros for outerwear. 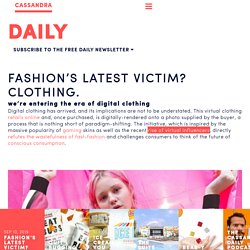 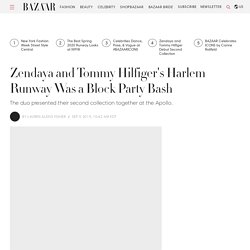 Tom Ford Takes Over an Abandoned Subway Platform for Spring 2020. When Tom Ford was named chairman of the CFDA this past spring, there were some whispers as to how committed he would be to New York City; the Texan-born designer keeps residences in Los Angeles and London, only adding a Big Apple home into the fold around the time of his appointment in early 2019. 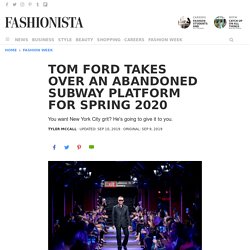 It seems hard to believe, as established as he is, but perhaps the premier American luxury designer felt he had to prove he belonged in the NYC grit and grime. Well, take it from me, a Metrocard-carrying New York transplant: When it comes to New York City, it doesn't get any grittier than the subway. Maybe that's why Ford decided to host his Spring 2020 fashion show on an abandoned train platform at the Bowery stop. Anna Dream Brush - Anna Zhilyaeva - Virtual Reality Artist - VR painting live performances. QUIT BUGGING ME! A New Circular Juice Machine Turns Orange Peels into Bioplastic Cups. Makr Shakr - How it works.