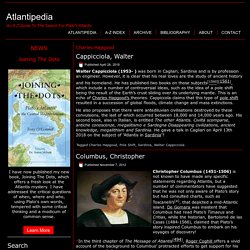 For thousands of years it was accepted that the surface of the earth was in a static state. This belief persisted until the discovery of America in 1492 and the cartographic improvements during the following century before Abraham Ortelius in his 1596 Thesaurus Geographicus[1225] proposed that the Americas had once been joined to Europe and Africa. It is often claimed that in 1620 Francis Bacon commented on the close fit of the eastern South America with the west coast of Africa, however, this, according to G.L. Herries Davies, is an exaggerated interpretation of what he actually said(o). A number of others concurred with the jig-saw suggestion until 1858 when the French geographer Antonio Snider-Pellegrini offered[0555] a theory of crustal movement that was more fully developed in 1912 by Alfred Wegener, which he came to label ‘continental drift’(e).

A totally different proposal is that the earth is expanding. Hilgenberg (a) Pyramids Of Glass Submerged In The Bermuda Triangle. BeforeItsNews | These strange underwater pyramid structures at a depth of two thousand meters were identified with the help of a sonar according to oceanographer Dr. 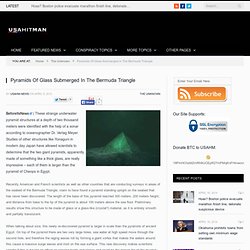 Verlag Meyer. The Lost Continent Of Lemuria. Most people know about the existence of Atlantis.. 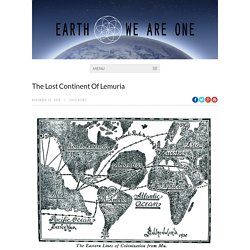 However, most people do not know about Lemuria or the Legend of Mu. So, I figured I’d make a post about it. This is one version of it’s history. Cuban Subsea Pyramid Complex. It appears that they have taken the sonar data and successfully reconstructed a 3D image of the structure lying on the ocean floor just off Cuba. 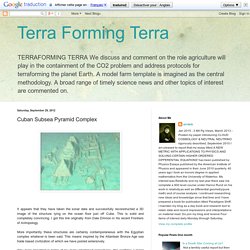 This is solid and completely convincing. I got this link originally from Dale Drinnon in his recent Frontiers of Antropology. More importantly these structures are certainly contemporaneous with the Egyptian complex whatever is been said. This means inspired by the Atlantean Bronze Age sea trade based civilization of which we have posted extensively. Way more important in terms of my many interlinked conjectures, this confirms a major subsidence event dating around 1159 BC. This would have produced an orthogonal pressure forcing subsidence to either East or West. Even if we only recognize the Hudson Bay Uplift the Cuban Subsidence is a natural adjustment.

I suspect that all these major subsidence events happened at the same time although that is not necessary. Pyramid Structures Near Western Cuba. Why it was not discovered before? Atlantis Found: Giant Sphinxes, Pyramids In Bermuda Triangle (update) By Terrence Aym Perhaps eclipsing the discoveries of Troy and King Tut’s tomb is the discovery of Atlantis. 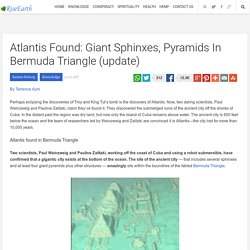 Now, two daring scientists, Paul Weinzweig and Pauline Zalitzki, claim they’ve found it. Atlantis. The Maya Facebook page (also posting in Ancient Egypt and on other pages) posted notice of this news item along with the other evidence for blue-eyed Pharaohs and blond/redheaded Egyptian mummies:King Tut's DNA shows that the Pharaoh belonged to haplogroup R1b1a2, to which 70% of all Western European men belong, indicating that they share a common ancestor. 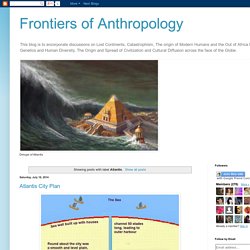 Among modern-day Egyptians this haplogroup contingent is below 1% Pharaohs were WHITE (DNA shocker) : Ancient Mysteries While contemplating Facebook banners on the blue-eyed pharaohs of Egypt and then this matter came up, I made a rather startling discovery,articulated at the end of this blog posting. There are two kinds of blonde people in Europe: the Western European reddish or golden blondes and the eastern European (Baltic Sea focus) pale-blondes or yellow-blondes.

All blue-eyed people can be traced back to one ancestor who lived 10,000 years ago near the Black Sea By MICHAEL HANLON Last updated at 08:55 01 February 2008. The Magic Mushroom and Atlantis. My-Mu.com: Index. Gigal, Antoine (N) Unbelievable Underwater Photos Of Atlantis Off Cuba, Pyramids Are 3 Times The Size of Cheops, Cayce Was Right! There Was A Polar Shift. Pyramids under the waters of Cuba were discovered by two scientists Paul Weinzweig and Pauline Zalitzki. 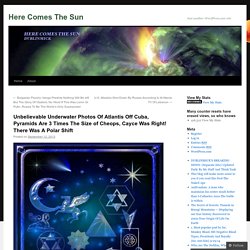 They found the ruins of ancient buildings for about a mile below the sea and considered them to be Atlantis. The two scientists used submarines to found tremendous pyramid structures built of stones weighing hundreds of tons. They found sphinxes, stones that arranged like Stonehenge, and a written language engraved on the stones. Updated: 9-30-2014. Atlantis Found: Giant Sphinxes, Pyramids In Bermuda Triangle (update) Topography of the Ocean Floor. Topography, Ancient Roads Visible - a set on Flickr. 45N090W.jpg (JPEG Image, 1350 × 1350 pixels) - Scaled (74%) Touring the Ocean Bottom. The ocean – it is the most prominent feature on Earth, and of immeasurable importance to life on the planet. 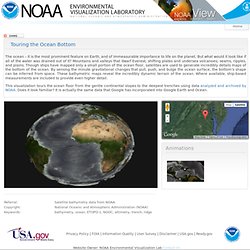 But what would it look like if all of the water was drained out of it? Mountains and valleys that dwarf Everest; shifting plates and undersea volcanoes; seams, ripples, and plains. Andros press release. Underwater Stone Platform Discovered in Andros Island, Bahamas--Atlantis Rediscovered? 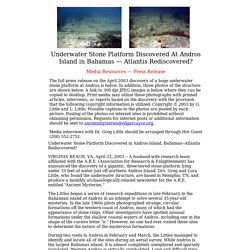 VIRGINIA BEACH, VA, April 21, 2003 -- A husband-wife research team affiliated with the A.R.E. (Association for Research & Enlightenment) has announced the discovery of a gigantic, three-tiered stone platform lying under 10 feet of water just off northern Andros Island. Drs. Greg and Lora Little, who found the underwater structure, are based in Memphis, TN, and produce a monthly archaeologically-related newsletter for the A.R.E. entitled “Ancient Mysteries.”

Hall of Records Update. Update on Research on Cayce's Three Hall of Records Cayce’s Three Atlantean Halls of Record were located in Egypt near the Sphinx, underwater in the Bimini area, and in the Yucatan area possibly near the ancient Maya city of Piedras Negras (Spanish for Black Rocks) in Guatemala. 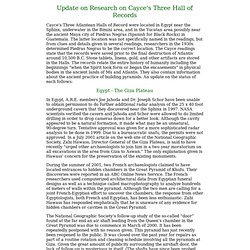 The latter location was not specifically named in the readings, but from clues and details given in several readings, researchers in the 1930s determined Piedras Negras to be the correct location. The Cayce readings state that the records were saved prior to the final destruction of Atlantis around 10,500 B.C. Stone tablets, linens, gold, and other artifacts are stored in the Halls.