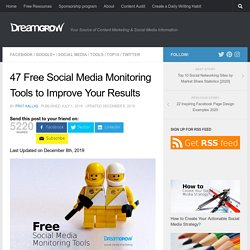 The Local - Italy's News in English. Contributed, organised, and mapped by you. Strona główna. Cose. HW. Shop. Delicious - Discover Yourself! Website utili. Photo. 50 Things Everyone Should Know - StumbleUpon. By Mark and Angel Self-reliance is a vital key to living a healthy, productive life. 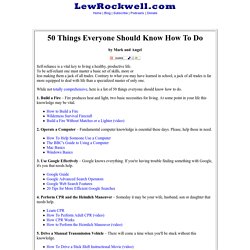 To be self-reliant one must master a basic set of skills, more or less making them a jack of all trades. Contrary to what you may have learned in school, a jack of all trades is far more equipped to deal with life than a specialized master of only one. While not totally comprehensive , here is a list of 50 things everyone should know how to do. 1. 2. 3. 4. 5. 6.

Pearltrees tips. Linux. Tgoerlich/Schnapphoto. XBMC - Raspbian. Instructions for building XMBC from source are below, but they will take over 12 hours to compile on the Pi. 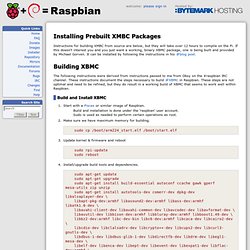 If this doesn't interest you and you just want a working, binary XBMC package, one is being built and provided by Michael Gorven. It can be installed by following the instructions in his blog post. The following instructions were derived from instructions passed to me from Obsy on the #raspbian IRC channel. These instructions document the steps necessary to build XBMC in Raspbian. These steps are not optimal and need to be refined, but they do result in a working build of XBMC that seems to work well within Raspbian. Build and Install XBMC Start with a Pisces or similar image of Raspbian. Prepare to Run XBMC Comment out the swap line in /etc/fstab by prepending a '#' character.

XBMC Configuration Output The following is output from the XBMC configuration command. Dropbox on Raspberry Pi via SSHFS. This tutorial will demonstrate how to mount Dropbox (or any filesystem) over the network on the Raspberry Pi using SSHFS (Secure SHell FileSystem). 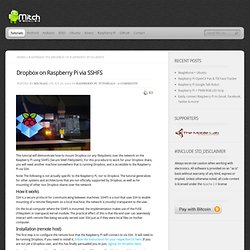 For this procedure to work for your Dropbox share, you will need another machine somewhere that is running Dropbox, and is accessible to the Raspberry Pi via SSH. Note: The following is not actually specific to the Raspberry Pi, nor to Dropbox. The tutorial generalizes for other systems and architectures that are not officially supported by Dropbox, as well as for mounting of other non Dropbox shares over the network. How it works SSH is a secure protocol for communicating between machines. On the local computer where the SSHFS is mounted, the implementation makes use of the FUSE (Filesystem in Userspace) kernel module. Installation (remote host) The first step is to configure the remote host that the Raspberry Pi will connect to via SSH. Next, the remote machine will need to be running OpenSSH server.

Treating a RaspberryPi as just another Windows machine. This guide has been superceded by the AutoInstall version but it still shows the process needed to go through :) To access the files on your RPi over your network and to stop worrying about finding its IP address, you need to install and configure something called Samba – but don’t worry- I’ve made this easy peasy 1st off -need to run LXTerminal and then type. 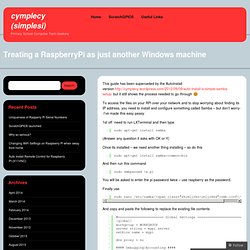 Basics. Getting started with Pi-Tronics: adding electronics to your Pi Hamish Cunningham, April 11th 2013 The Pi is a general purpose computer. 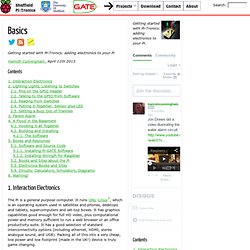 It runs GNULinux, which is an operating system used in satellites and phones, desktops and tablets, supercomputers and set-top boxes. It has graphics capabilities good enough for full HD video, plus computational power and memory sufficient to run a web browser or an office productivity suite. It has a good selection of standard interconnectivity options (including ethernet, HDMI, stereo analogue sound, and USB). Raspberry Pi - Camera Tutorial...