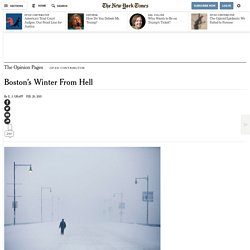 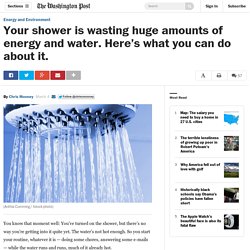 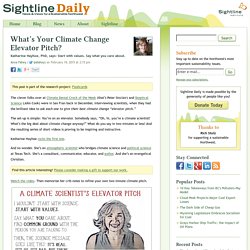 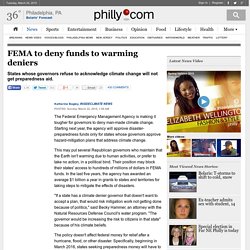 Starting next year, the agency will approve disaster-preparedness funds only for states whose governors approve hazard-mitigation plans that address climate change. This may put several Republican governors who maintain that the Earth isn't warming due to human activities, or prefer to take no action, in a political bind.

Coal-Country States Declare War on Obama’s Climate Rules. This story is reproduced here as part of the Climate Desk collaboration. 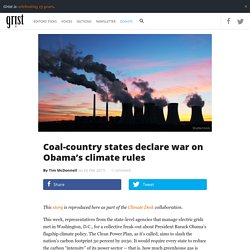 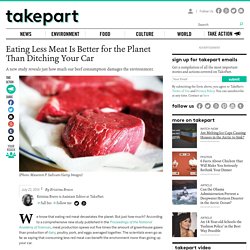 But just how much? According to a comprehensive new study published in the Proceedings of the National Academy of Sciences, meat production spews out five times the amount of greenhouse gases than production of dairy, poultry, pork, and eggs averaged together. Citigroup sets aside $100 billion for green initiatives. Citigroup has set aside $100 billion to fund environmental projects over the next decade, doubling the amount it had earmarked for such projects in 2007. 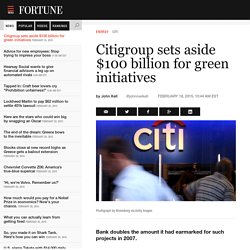 The investment in renewable energy and energy efficiency projects is meant to help reduce the effects of climate change. The bank said that it would focus on financing greenhouse gas reductions and resource efficiency in other sectors, such as sustainable transportation. Obama vetoes Keystone XL bill. Two roughnecks work a drilling rig north of Port Arthur, Tex., on Sept. 12, 2012. 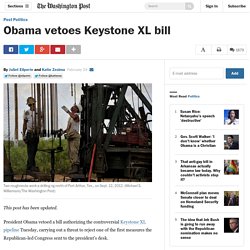 (Michael S. Williamson/The Washington Post) This post has been updated. President Obama vetoed a bill authorizing the controversial Keystone XL pipeline Tuesday, carrying out a threat to reject one of the first measures the Republican-led Congress sent to the president's desk. "Because this act of Congress conflicts with established executive branch procedures and cuts short thorough consideration of issues that could bear on our national interest -- including our security, safety, and environment -- it has earned my veto," Obama wrote in a message to the Senate.

This map shows where your state’s oysters are in trouble. This story is reproduced here as part of the Climate Desk collaboration. 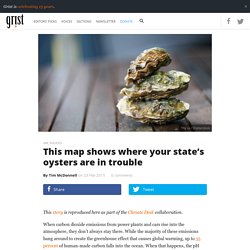 When carbon dioxide emissions from power plants and cars rise into the atmosphere, they don’t always stay there. While the majority of these emissions hang around to create the greenhouse effect that causes global warming, up to 35 percent of human-made carbon falls into the ocean. When that happens, the pH level of the ocean drops, causing a phenomenon known as ocean acidification. Some scientists call this the “evil twin” of climate change. New Nissan Clean Diesel Truck Unveiled at Detroit Auto Show. A major new addition to the diesel pickup truck stable was introduced this morning as Nissan unveiled its new 2016 Nissan Titan powered by a Cummins 5.0L V8 Turbo Diesel engine during the opening day of this year’s North American International Auto Show in Detroit. 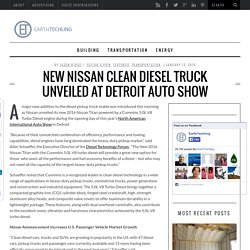 Northwest Energy Efficiency Council. This Company Will Pay You to Use Less Electricity. Why is Harvard buying vineyards in drought-ravaged California? This story was originally published by Mother Jones and is reproduced here as part of the Climate Desk collaboration. I recently wrote a piece about growing interest in California farmland by massive investment funds. But almonds and other tree nuts, the main focus of my article, aren’t the only commodities drawing interest from the smart-money crowd.

From what I can tell, a successful California farmland investment requires these two conditions: 1) A sought-after commodity, preferably one with a booming export market; and 2) access to water for irrigation — increasingly important as California’s drought lurches on. Harvard University’s famed $36 billion endowment fund, the biggest of any U.S. university, has alighted upon just such a sweet spot in California’s coastal Paso Robles wine region, north of Los Angeles. The Invasion of the K-Cup and its ‘monster’ environmental problem. No wonder when they set out to make a short film about this creeping monster within our midst, they portrayed it as an alien invasion that destroys the world.

Farfetched, perhaps, but it gets your attention. Perhaps you haven’t noticed, but the once-wide aisles of grocery stores – not to mention Canadian Tires, hardware, electronics and office supply stores – are being increasingly squeezed by … coffee. It is called the Invasion of the K-Cup: pre-packaged single servings of ground coffee that require a bar-code-reading machine to decipher and, sadly, no instructions at all as to what to do with the little plastic pods after the coffee has been poured. To call them ubiquitous is to devalue the word. These machines and their small plastic-foil-and-paper pods first took Europe, then Australia, now North America.

Tesla Is Devising a Way to Let You Power Your Entire Home. These 6 Countries Are Responsible For 60% Of CO2 Emissions. European Commission Six countries produce nearly 60 percent of global carbon dioxide emissions. China and the United States combine for more than two-fifths. The planet's future will be shaped by what these top carbon polluters do about the heat-trapping gases blamed for global warming.

How they rank, what they're doing: China Photos/Getty ImagesChina accounts for about 30 percent of global CO2 emissions. It emits nearly twice the amount of greenhouse gases as the United States, which it surpassed in 2006 as the top emitter of carbon dioxide. That changed when Beijing announced last month in a deal with Washington that it would stem greenhouse gas emission growth by 2030. 2013 CO2 emissions: 11 billion tons 2013 Population: 1.36 billion It has never entered into a binding treaty to curb greenhouse gases. Carbon emissions are up, though, as the U.S. rebounds from recession. 2013 CO2 emissions: 5.8 billion tons. Investors Encourage Further Transparency, Standardization to Spur Green Bond Market Growth — Ceres. As the green bonds market continues to show impressive growth, leading investors released a Statement of Investor Expectations to support the development of a consistent, durable framework for the green bonds market, which has enormous potential to grow, especially in regard to clean energy financing and other solutions to climate change.

P&G only disposed of 0.40 percent of input materials as manufacturing waste to landfill across its facilities. That means 99.6 percent of all input materials are either recycled, reused or used for energy conversion. The 2020 goal called for less than 0.50 percent. SustainAbility's 10 trends for 2015. 1. What You Can Learn from Seattle's Approach to Building Resiliency. If there were still any doubt, recent studies have made clear that climate change already has begun to have serious impacts in the United States -- and that the problem is only getting worse. The federal government's National Climate Assessment issued in May laid out in stark detail the region-by-region effects: water shortages, sea-level rise and more frequent wildfires, to name a few. This Reusable Paper Saves Trees and Prints Using Ultraviolet Light.

Outlet Outrage: Why Not All Electric Cars Are as Clean as They Seem. The Case for Mandatory Composting. Saving Our Soils and Climate with Biochar. F-ABRIC RESOURCES. WRI Interactive: Carbon Emissions Past, Present and Future. Seeking Creative Ways to Deal with Food Waste at Hospitals. Six Myths About Electricity in the U.S. South Debunked. The New Oregon Carbon Tax Report is Out. 'Cooling As a Service' Pays for Your Waste Heat. Will a Global Roundtable for Sustainable Beef Matter?

Power Lines » Power from the Sun and Support for Affordable Housing. Free Money to Save Water? You Can Do It, and Here’s How. Fracking the Poor. Matched 'hybrid' Systems May Hold Key to Wider Use of Renewable Energy. Are We Missing the Big Picture on Climate Change? How to Communicate a Good Idea: Carbon Pricing. High-Tech Mirror Beams Heat Away From Buildings Into Space. Small Modifications to Tractor-Trailers Could Save Billions of Gallons of Gasoline Each Year. 'Green Revolution' changes breathing of the biosphere: Stronger seasonal oscillations in carbon dioxide linked to intensive agriculture. Within 2 Years, a Quarter of the World’s Carbon Emissions Are Likely to be Priced. LEDs to Get Bigger Share of Market Even as Revenue Drops, Navigant Says. New Plastic That Disappears When You Want It To. Mining Can Damage Fish Habitats Far Downstream, Study Shows.