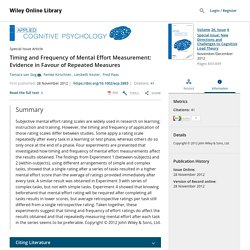 However, the timing and frequency of application of those rating scales differ between studies. Some apply a rating scale repeatedly after every task in a learning or test phase, whereas others do so only once at the end of a phase. Four experiments are presented that investigated how timing and frequency of mental effort measurements affect the results obtained. The findings from Experiment 1 (between‐subjects) and 2 (within‐subjects), using different arrangements of simple and complex tasks, showed that a single rating after a series of tasks resulted in a higher mental effort score than the average of ratings provided immediately after every task.

A similar result was obtained in Experiment 3 with series of complex tasks, but not with simple tasks. Choice page. Growing Up Modern. Childhood and youth have always been a focus for our most intense hopes and anxieties. 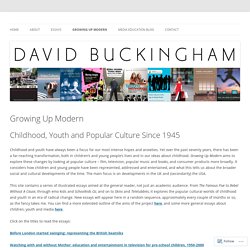 Yet over the past seventy years, there has been a far-reaching transformation, both in children’s and young people’s lives and in our ideas about childhood. Growing Up Modern aims to explore these changes by looking at popular culture – film, television, popular music and books, and consumer products more broadly. EU Kids onlinie III. Why the Web 3.0 Matters and you should know about it. Humble beginnings. 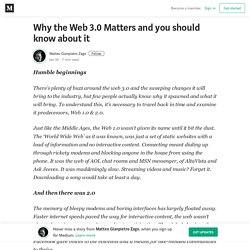 European research on children’s internet use: Assessing the past and anticipating the future - Sonia Livingstone, Giovanna Mascheroni, Elisabeth Staksrud, 2018. Theconversation. A UK police force which was using an algorithm designed to help it make custody decisions has been forced to alter it amid concerns that it could discriminate against poor people. 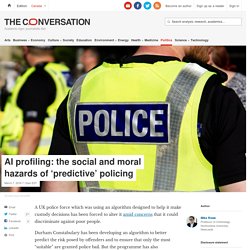 Durham Constabulary has been developing an algorithm to better predict the risk posed by offenders and to ensure that only the most “suitable” are granted police bail. But the programme has also highlighted potential social inequalities that can be maintained through the use of these big data strategies. This might seem surprising, since an apparent feature of such programmes is that they are apparently neutral: technocratic evaluations of risk based on information that is “value-free” (based on objective calculation, eschewing subjective bias). In practice, the apparent neutrality of the data is questionable. Westgate Hill sur Twitter : "When learning about the Ancient Greeks, 4F used @ICT_MrP Read Write Perform pack to create some fearsome Spartan warrior speeches! We made a display then used @aurasma to turn our faces into target images so we can watch our p. 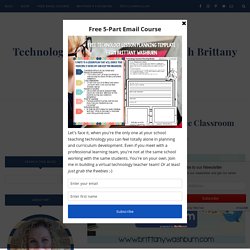 Social media websites such as Facebook, Twitter, Google Plus, and such similar ones provide an engaging way to learning. In this article, we will take a look at how teachers can use some of the social media to enhance and encourage learning at the highest level in their classroom. Facebook Facebook remains the most popular social channel with over two billion users. Twitter Twitter is an excellent place for students and lecturers to follow experts and interesting organizations and leading industry figures around the world. Instagram. Which parts of the body can we 3D print? Advancements in 3-D printing – a machine that can layer materials to create three-dimensional objects – have skyrocketed in recent years. 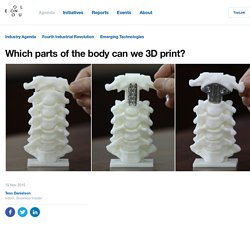 But while many associate the technology with pointless, plastic trinkets, researchers and scientists have been hard at work tinkering with the technology to create revolutionary products – including printing parts of the human body. Bioprinting – as it is often referred to – combines bioengineering with 3-D printing to create living artificial organs, such as skin, and it may be the key to creating full human organs that can be used for transplants in the coming years. While you won’t be creating a mini you with a 3-D printer anytime soon, the innovations now possible could one day bring us closer to such a thing.

Going from the top of your head down to your feet, here’s the proof: While not quite as complex as a real human brain, scientists are moving closer to constructing the complex tissue. But that is so 2014. Share. Microsoft Education Classof2030. How an ex-YouTube insider investigated its secret algorithm. Technology as a Method for Teaching. Using Technology as a Method for Teaching - 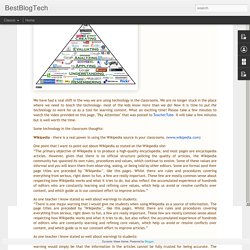 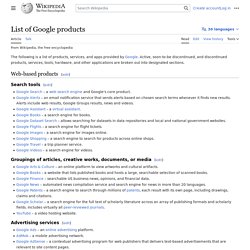 Statistical tools[edit] Operating systems[edit] Desktop applications[edit] Mobile applications[edit] Hardware[edit] Limiting Your Child's Fire Time: A Guide for Concerned Paleolithic Parents. According to the most recent cave drawings, children nowadays are using fire more than ever before. 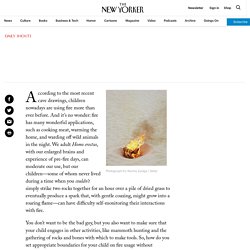 And it’s no wonder: fire has many wonderful applications, such as cooking meat, warming the home, and warding off wild animals in the night. We adult Homo erectus, with our enlarged brains and experience of pre-fire days, can moderate our use, but our children—some of whom never lived during a time when you couldn’t simply strike two rocks together for an hour over a pile of dried grass to eventually produce a spark that, with gentle coaxing, might grow into a roaring flame—can have difficulty self-monitoring their interactions with fire. You don’t want to be the bad guy, but you also want to make sure that your child engages in other activities, like mammoth hunting and the gathering of rocks and bones with which to make tools. HelloWorld04. Create Your Own AR Experiences on Metaverse.

Overwhelmed by size, underwhelmed by quality: A review of EdTech’s largest show, BETT 2018. The BETT show is emblematic of much that EdTech gets wrong. 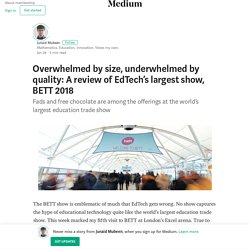 No show captures the hype of educational technology quite like the world’s largest education trade show. This week marked my fifth visit to BETT at London’s Excel arena. True to form, my two days at the show left me feeling overwhelmed with the number of products now available in the EdTech market, yet utterly underwhelmed with the educational value on offer. Doug Belshaw's Thought Shrapnel. I’ve been to the Bett Show (formely known as BETT, which is how the author refers to it in this article) in many different guises. I’ve been as a classroom teacher, school senior leader, researcher in Higher Education, when I was working in different roles at Mozilla, as a consultant, and now in my role at Moodle. I go because it’s free, and because it’s a good place to meet up with people I see rarely.

While I’ve changed and grown up, the Bett Show is still much the same. As Junaid Mubeen, the author of this article, notes: Is Technology Addictive? 4 min read. How to Design Social Systems (Without Causing Depression and War) Preface AIEDCS2017. 2017 nmc cosn horizon report k12 EN. 10 ways we’ve implemented real change through edtech. 5 savvy educators talk edtech optimisation. Educational technology is in constant flux, so finding out what the leading educators are getting up to is vital. In the latest IMS Guide - available here - five innovative technophiles share tips for making the most of edtech… Tim Head - Viking invasions. 6 key steps for implementing new edtech. Mark Anderson on amazing apps and making 2018 your year [interview] Throughout December you ran #AppventCalendar, which proved to be very popular indeed. Tell us about how the movement got started, and about your findings by the end of it.

10 of the most exciting game-changers at Bett 2018. 4 top edtech trends to look out for in 2018. Edtech has made a huge impact in the education sector. 3 reasons why AI could be your new teaching sidekick. With artificial intelligence (AI) on the rise, educators have increasingly reflected on how this might impact teaching in the coming years, with some of the more scary predictions even suggesting that machines could one day replace teachers altogether.

This fear is largely unfounded and an unhelpful way to think about AI and education; rather than posing a threat, when used correctly AI could actually be the very best sidekick for teachers in the classroom. Could AI in the classroom really replace teachers?