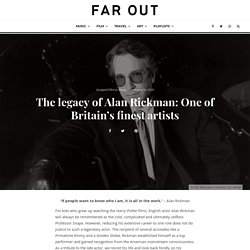 However, reducing his extensive career to one role does not do justice to such a legendary actor. The recipient of several accolades like a Primetime Emmy and a Golden Globe, Rickman established himself as a top performer and gained recognition from the American mainstream consciousness. As a tribute to the late actor, we revisit his life and look back fondly on his contribution to cinema. Born in West London to a working class family in 1946, Rickman grew up with two brothers and a sister. Rickman opened a graphic design studio called Graphiti with his friends after graduation, eventually deciding to pursue an acting career. “That voice, that persona.

Untitled. Severus Snape was one of the most complex characters in the Harry Potter series. 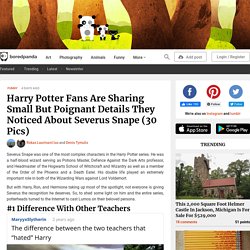 He was a half-blood wizard serving as Potions Master, Defence Against the Dark Arts professor, and Headmaster of the Hogwarts School of Witchcraft and Wizardry as well as a member of the Order of the Phoenix and a Death Eater. His double life played an extremely important role in both of the Wizarding Wars against Lord Voldemort. But with Harry, Ron, and Hermione taking up most of the spotlight, not everyone is giving Severus the recognition he deserves.

So, to shed some light on him and the entire series, potterheads turned to the Internet to cast Lumos on their beloved persona. Severus Snape was one of the most complex characters in the Harry Potter series. But with Harry, Ron, and Hermione taking up most of the spotlight, not everyone is giving Severus the recognition he deserves. Top 10 Alan Rickman Performances. Alan Rickman talks Severus Snape at NY Times Arts & Leisure Weekend 2012. Watching Snape’s Scenes In Chronological Order Makes HARRY POTTER Way More Heartbreaking. J.K. 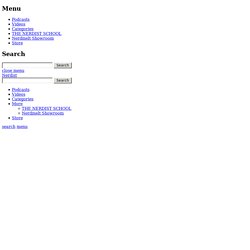 Rowling’s Harry Potter series may center on the Boy Who Lived and his friends, but they’re far from the only heroes in the story. I’m not talking about Albus Dumbledore or members of the Order of the Phoenix. No, I’m thinking of Severus Snape. For the majority of the books and films, Snape is portrayed as a smug villain. He dares to be impolite to our protagonist and appears to have given his allegiance to Voldemort.

Kcawesome13 uploaded the video over a year ago, but it’s just now hitting the radar of the Internet at large. A couple of notes before you press play: It’s heartbreaking. I need a spell to put my heart back together, please. Now I want to take a similar approach with the books and string together Snape’s scenes in chronological order. We’re here for you. HT: Dorkly. Important Scenes in Chronological Order. Epic Tea Time with Alan Rickman (Official HD Version) Alan Rickman tributes: ‘Behind his careless elegance... there was a superhero’ Patrick Stewart Alan was perhaps our most distinctive and unique stage and film performer, with a voice and phrasing that teased and taunted, mocked and despaired. 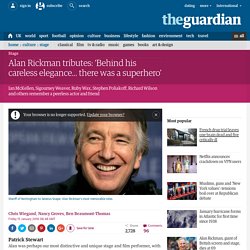 I first worked with him at the RSC in Peter Brook’s 1978 production of Antony and Cleopatra, with Glenda Jackson. As the Major-Domo of Cleopatra’s court he was commanding, witty and cynical. His world-weary tolerance of those around him stays with me vividly. He is irreplaceable. Kate Winslet Alan was an exceptionally warm and giving man and an utterly phenomenal actor and gifted director. Helen Mirren Alan was a towering person – physically, mentally and as an artist. Emma Thompson Alan was my friend and so this is hard to write because I have just kissed him goodbye.

Ian McKellen When he played Rasputin, I was the Tzar Nicholas. I so wish he’d played King Lear and a few other classical challenges but that’s to be greedy. Sigourney Weaver Alan’s enormous strength of character infused every role he played. Richard Wilson Brian Cox.