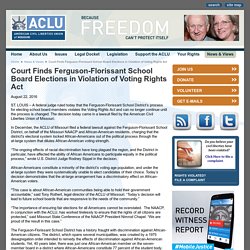 LOUIS – A federal judge ruled today that the Ferguson-Florissant School District’s process for electing school board members violates the Voting Rights Act and can no longer continue until the process is changed. Department of Justice sues Ferguson over police practices. UPDATED at 4:40 p.m. with comment from attorney general. 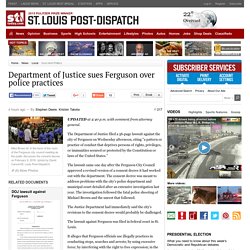 The Department of Justice filed a 56-page lawsuit against the city of Ferguson on Wednesday afternoon, citing "a pattern or practice of conduct that deprives persons of rights, privileges, or immunities secured or protected by the Constitution or laws of the United States. " The lawsuit came one day after the Ferguson City Council approved a revised version of a consent decree it had worked out with the department. The consent decree was meant to address problems with the city's police department and municipal court detailed after an extensive investigation last year. Forward Through Ferguson A Path Toward Racial Equality. 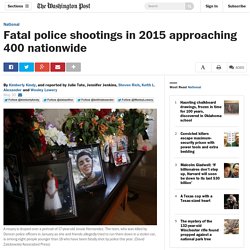 The teen, who was killed by Denver police officers in January as she and friends allegedly tried to run them down in a stolen car, is among eight people younger than 18 who have been fatally shot by police this year. (David Zalubowski/Associated Press) St. Louis County Admits It Has A Jail Problem, Is Finally Getting Help. WASHINGTON -- For St. 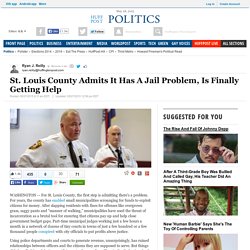 Louis County, the first step is admitting there’s a problem. For years, the county has enabled small municipalities scrounging for funds to exploit citizens for money. After slapping residents with fines for offenses like overgrown grass, saggy pants and “manner of walking,” municipalities have used the threat of incarceration as a brutal tool for ensuring that citizens pay up and help close government budget gaps. Municipalities ticket for trees and toys, as traffic revenue declines. Google Maps Engine. May 2015 Report on STL County Policing. The fittest cities in the U.S., and why. For the eighth year running, the American Fitness Index report has provided a snapshot of health and fitness across 50 cities, and the nation's capital has topped the list a second year in a row as the "Nation's Fittest City. 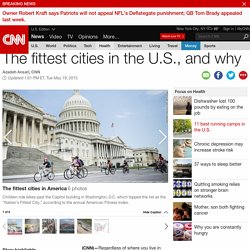 " Minneapolis-St. Paul and San Diego were strong contenders, rounding out the top three spots. Indianapolis, known for its car racing, finished last in the heat, as the nation's least fit city, with Memphis and Oklahoma City close behind. Leading experts in the field of sports medicine and exercise science say personal and environmental factors contribute to the rankings. "The American Fitness Index is two things: a measure of how healthy a metro area is today, and a call to action for urban and suburban leaders to design infrastructures that promote active lifestyles and lead to positive health outcomes," said Walter R. Cities continuously use the data provided by the American Fitness Index report to make changes in their policies and urban planning. Flowchart.

Criminal justice system. Web-Jus-MJ-12-SJFJ-image.jpg (JPEG Image, 650 × 433 pixels) The Race Gap in America’s Police Departments. Report calling for consolidation of some St. Louis County police departments draws angry reaction. Northwoods Police Chief Earl Heitzenroeder said Monday that he hadn’t heard a Washington-based police policy think tank was calling for the end of his department, but he didn’t think much of it. 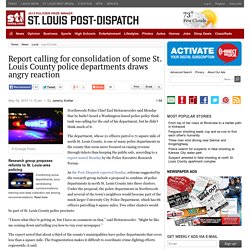 The department, whose 21 officers patrol 0.71 square mile of north St. Louis County, is one of many police departments in the county that seem more focused on raising revenue through tickets than keeping the public safe, according to a report issued Monday by the Police Executive Research Forum. Research group proposes reforms to St. Louis-area policing. How old is that building? Check structures in the St. Louis area : stltoday.com. Ever wondered just how old a local building really is? 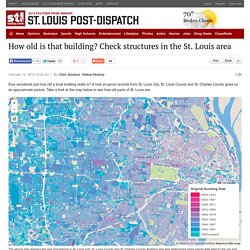 A look at parcel records from St. Louis City, St. Louis County and St. Charles County gives us an approximate picture. A White Son Of Ferguson On Why St. Louis Can’t Change. I am a white son of Ferguson, Mo. 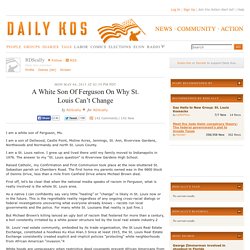 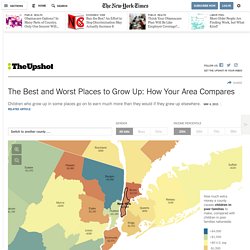 Manhattan is very bad for income mobility for children in poor families. It is better than only about 7 percent of counties. Location matters – enormously. In Ferguson, Black Town, White Power. POLITICS, wrote the political scientist Harold Lasswell in 1936, is about “who gets what, when, and how.” 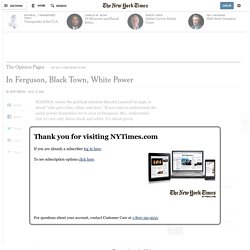 If you want to understand the racial power disparities we’ve seen in Ferguson, Mo., understand that it’s not only about black and white. It’s about green. Back in 1876, the city of St. Louis made a fateful decision. How Ferguson Went From Middle Class to Poor in a Generation. (FERGUSON, Mo.) — To some, a makeshift shrine in the middle of the Ferguson street where Michael Brown was killed last summer is a hallowed symbol of a new civil rights movement over race and policing. To others, it has served its purpose and is now more of an eyesore and a road hazard. Within hours of Brown’s Aug. 9 shooting death by a white police officer, people began placing stuffed animals, candles and other tributes in the middle of Canfield Drive, where the unarmed black 18-year-old’s body lay for about four hours before it was removed.

The shrine stretches several yards down the center of the two-lane road that bisects a housing complex, and city leaders are grappling with the thorny question of whether to remove or replace it and risk further inflaming racial tensions in the 21,000-resident St. The University of Iowa. The prescription for central city decline, in St. Louis and elsewhere, was urban renewal.

Urban renewal has always rested on a complex tangle of laws and programs and procedures. Typically, a project might rely on an infusion of federal money to clear and assemble land, a state law enabling local authorities to delineate and blight a redevelopment area, and the creation of a private redevelopment corporation that effectively borrowed the power of eminent domain. But the initiative usually ran in the opposite direction: a private developer identified a prospective property, the local government responded by blighting the area, and state and federal money followed.