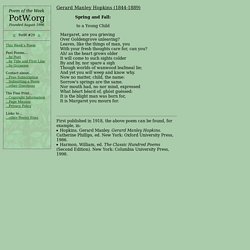 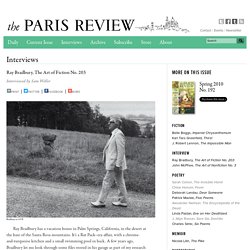 Ray Bradbury has a vacation house in Palm Springs, California, in the desert at the base of the Santa Rosa mountains. It’s a Rat Pack–era affair, with a chrome-and-turquoise kitchen and a small swimming pool in back. A few years ago, Bradbury let me look through some files stored in his garage as part of my research for a biography. The World's Largest Poetry Site - Discussion & Poem Contests. The World of Dante. Teachers of Dante's Comedy will find a range of materials intended to facilitate the teaching of the poem. 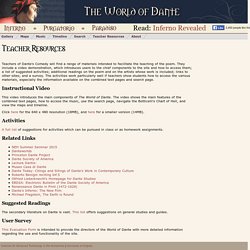 They include a video demonstration, which introduces users to the chief components to the site and how to access them; a list of suggested activities; additional readings on the poem and on the artists whose work is included; links to other sites; and a survey. The activities work particularly well if teachers show students how to access the various materials, especially the information available on the combined text pages and search page. Instructional Video This video introduces the main components of The World of Dante. The video shows the main features of the combined text pages, how to access the music, use the search page, navigate the Botticelli's Chart of Hell, and view the maps and timeline. Click here for the 640 x 480 resolution (18MB), and here for a smaller version (14MB). Activities Related Links Suggested Readings The secondary literature on Dante is vast. The Princeton Dante Project (2.0) Magnetic Poetry : Play with the Original Magnetic Poetry Kit.

David Rakoff's 'Wedding Toast' Poem from This American Life. The Perfect High by Shel Silverstein. There once was a boy named Gimmesome Roy. 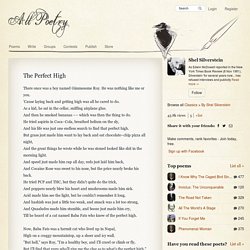 Now, Baba Fats was a hermit cat who lived up in Nepal,High on a craggy mountaintop, up a sheer and icy wall. "But hell," says Roy, "I’m a healthy boy, and I’ll crawl or climb or fly,But I’ll find that guru who’ll give me the clue as to what’s the perfect high. "So out and off goes Gimmesome Roy to the land that knows no time,Up a trail no man could conquer to a cliff no man could climb.For fourteen years he tries that cliff, then back down again he slidesThen sits –– and cries –– and climbs again, pursuing the perfect high.He’s grinding his teeth, he’s coughing blood, he’s aching and shaking and weak,As starving and sore and bleeding and tore, he reaches the mountain peak.And his eyes blink red like a snow–blind wolf, and he snarls the snarl of a rat,As there in perfect repose and wearing no clothes –– sits the godlike Baba Fats. 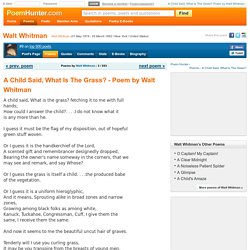 Fetching it to me with full hands;How could I answer the child?. . . .I do not know what it is any more than he. Wilfred Owen. Wilfred Owen, who wrote some of the best British poetry on World War I, composed nearly all of his poems in slightly over a year, from August 1917 to September 1918. 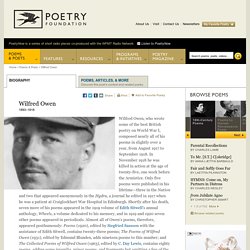 In November 1918 he was killed in action at the age of twenty-five, one week before the Armistice. Andre Breton. "A Portrait of a Dog as an Older Guy" by Katia Kapovich. Allen Ginsberg - Wichita Vortex Sutra #3 (Composition by Phillip Glass) Allen Ginsberg Project. Listening to poetry's greats. When it comes to poetry readings, I've always sympathized with an acquaintance of Myles na gCopaleen's, who, upon finding himself at a "verse speaking bout," "hurried outside and tore his face off. 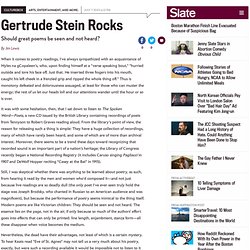 Just that. He inserted three fingers into his mouth, caught his left cheek in a frenzied grip and ripped the whole thing off. " Thus is monotony defeated and dolorousness assuaged, at least for those who can muster the energy; the rest of us let our heads loll and our attentions wander until the hour or so is over.

It was with some hesitation, then, that I sat down to listen to The Spoken Word—Poets, a new CD issued by the British Library containing recordings of poets from Tennyson to Robert Graves reading aloud. Allen Ginsberg reads "Howl," (Big Table Chicago Reading, 1959) There Is Less and Less Space. Voices From The Other World Poem by James Merrill - Poem Hunter. Jacket 21 - Pamela Petro: The Hipster of Joy Street (on John Wieners) Four Quartets: TS Eliot's struggle to make the real world right in a spiritual realm.

"Spring and Fall" - Hopkins. Bob Dylan Reads From T.S. Eliot’s Great Modernist Poem The Waste Land. As a recent piece in The Independent notes, “students of literate songwriting” are unsurprised to find references to T.S. 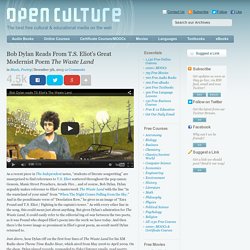 "As I walked out one evening" / Reading by Tom Hiddleston. 92yondemand. Plays: 642 Posted on Jul 18, 2013 Many have rated Nabokov the best prose stylist ever, at least in English. 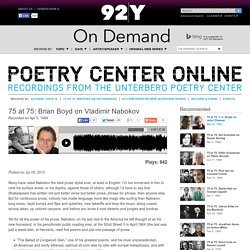 I’m too immersed in him to rank his surface levels, or his depths, against those of others, although I’d have to say that Shakespeare has written not just better verse but better prose, phrase for phrase, than anyone else. "The Genius Of The Crowd" by Charles Bukowski. "The laughing Heart" (Tom Waits reads a Charles Bukowski poem) Poetry Action at the Russian Academy of Science Institute of philosophy. Theatre of Love - caligua (as a child) Silver by Walter de la Mare. ProsperoCreative. Epitaph to a Dog by George Gordon, Lord Byron (read by Tom O'Bedlam) Conclusions: Elliot's "The Hollow Men" "The Hollow Men" is essentially a poem of emptiness, Eliot's exploration of the state of his own soul as one of many modern souls suffering the same affliction. 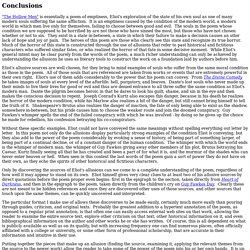 It is an emptiness caused by the condition of the modern world, a modern world in which men live only for themselves, failing to choose between good and evil. The souls in the poem whose condition we are supposed to be horrified by are not those who have sinned the most, but those who have not chosen whether or not to sin. They exist in a state in-between, a state in which their failure to make a decision causes an utter lack of hope and joy or pain. The heroes of this poem are those who clearly see this state and recognize its true horror.

Much of the horror of this state is constructed through the use of allusions that refer to past historical and fictitious characters who suffered similar fates, or who realized the horror of that fate in some decisive moment. Return to outline.