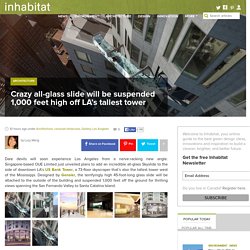 Convertible Sleeping Bags Turn Into Insulated Tents for the Homeless. 15 Cool and Unusual Scarves to Keep You Warm. It's officially scarf weather so it's time to bundle up! 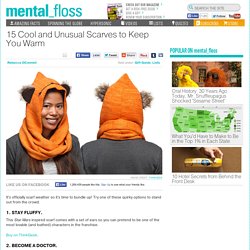 Try one of these quirky options to stand out from the crowd. This Star Wars inspired scarf comes with a set of ears so you can pretend to be one of the most lovable (and loathed) characters in the franchise. Buy on ThinkGeek. Hands Free But Holding the Barf Bag: Driverless Cars Could Mean More Carsickness - HowStuffWorks. Researchers have lots of reasons for touting a future full of self-driving cars. 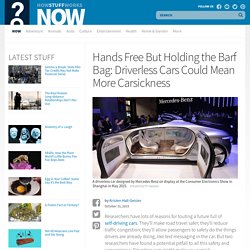 They’ll make road travel safer; they’ll reduce traffic congestion; they’ll allow passengers to safely do the things drivers are already doing, like text messaging in the car. But two researchers have found a potential pitfall to all this safety and convenience: Driverless cars might make you carsick. Michael Sivak and Brandon Schoettle at the University of Michigan conducted a survey in six countries and found that in a completely autonomous car, people were most likely to say they would watch the road even though they wouldn’t be driving themselves. Fair enough. But one in 10 Americans said they’d likely read if the car were doing all the driving, and one in five respondents in China said they’d be texting or talking to friends and family. That's why some people who have issues with carsickness as passengers have no problems while behind the wheel.

This Hypersonic Plane Concept Could Cross Atlantic In Under An Hour. Bad Graphic Design. L'Uritonnoir urinal by Faltazi. Airplane seat designed to speed up boarding would also improve the middle seat. The window seat has the views, the aisle seat has easy access, and a new design would give the middle seat the elbow room. 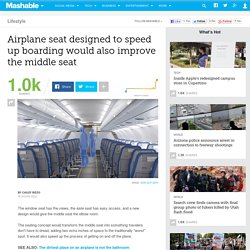 The seating concept would transform the middle seat into something travelers don't have to dread, adding two extra inches of space to the traditionally "worst" spot. It would also speed up the process of getting on and off the plane. Hank Scott of Molon Labe Designs developed the Side-Slip Seat, which involves an aisle seat that slides on top of the middle seat to create more aisle room during boarding. The aisle more than doubles its normal size and, as boarding continues, the seat slides back over and locks into position. World Wide Web Consortium (W3C) Web Design - HTML XML - Web Development - Web Site Design.

Airbus just patented a hypersonic jet that would fly from NYC to London in 1 hour. A new hypersonic jet design from Airbus, which was just approved by the US Patents and Trademark Office, looks to create something of a successor to the now-retired Concorde. 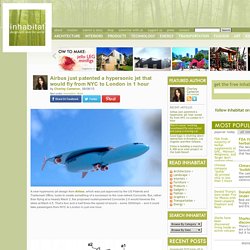 But, rather than flying at a measly Mach 2, the proposed rocket-powered Concorde 2.0 would traverse the skies at Mach 4.5. That’s four and a half times the speed of sound – some 3000mph – and it could take passengers from NYC to London in just one hour. The Airbus patent for an “ultra-rapid air vehicle and related method of aerial locomotion” shows a jet that would be powered by three different engines working sequentially to get the craft up in the air, to its cruising altitude, and then to its insanely-fast cruising speed.

Creative Commons. This Water Bottle Glows When You Need to Drink More. Trying to drink more water (and fewer sugary drinks) is a noble health goal, especially as the weather gets warmer. 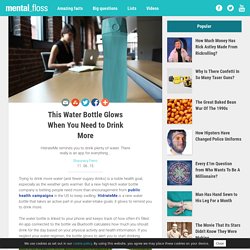 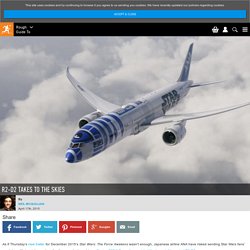 OK, it’d look lame next to the Millennium Falcon or Death Star – and why they didn’t go for a Chewbacca design is beyond us – but if you saw a plane daubed STAR WARS in that unmistakeable font, gliding into an airport near you? Well, we defy you to not start with the DUM, DUUUM, DUM, DUM, DUM, DUUUM, DUM (that’s the theme tune, dummy). The jet is scheduled to start flying later this year on international routes (that’s international, not intergalactic). Whether the cabin crew uniform will run with an Ewok–Princess Leia theme is unconfirmed.

Aviation fans note: ANA have now covered both war and peace – their “Pokémon Peace Jet” appeared in 2011. May the g-force be with you… Header image courtesy of ANA. Green Design, Sustainable Technology &amp; Environmental Lifestyle. Inspirationfeed - get inspired! Take The Initiative and Create Your Own Projects - Smashing Magazine. Advertisement. 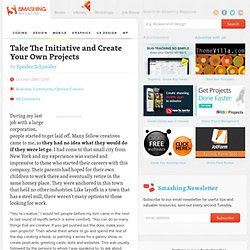 Share Creative. Psd files. Photo Effects. Daily Icon. I art u. Updated home. ArchiWorkshop Unveils Gorgeous 'Glamping' Tents Shaped Like Doughnuts. Some people like to rough it in the great outdoors, but for those looking for a more glamorous approach to camping there's always the option of "glamping. 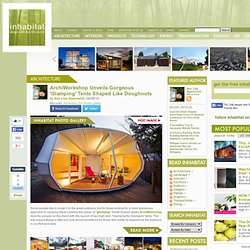 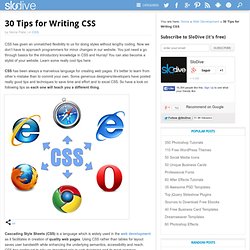 Now we don’t have to approach programmers for minor changes in our website. You just need a go through basics for the introductory knowledge in CSS and Hurray! You can also become a stylist of your website. Learn some really cool tips here. CSS has been always a marvelous language for creating web pages. Cascading Style Sheets (CSS) is a language which is widely used in the web development as it facilitates in creation of quality web pages. Advertisement This article will introduce you with some of the tricks, techniques and methods to write CSS so that it can provide you with the best outcome. Note: All the necessary points mentioned below are presented before you assuming that you have an intermediate knowledge about the CSS coding and should consider these while writing CSS. 01. 02. 03. 04.