Nervous and Endocrine Systems - MCAT Review. Note: You can also review the endocrine glands on this page by playing this game. 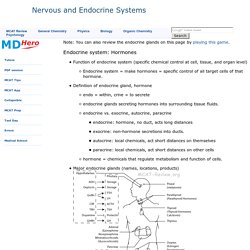 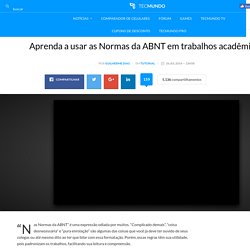 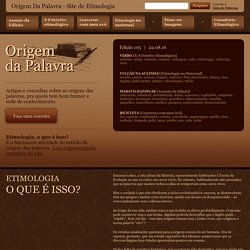 Aula de Anatomia. News — The Paul Lee Foundation. Paul's dad, Peter Lee, released a public statement and we wanted to share it with you. 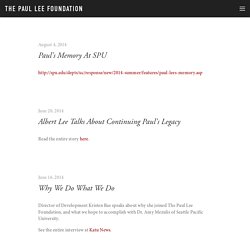 This is the heart of our foundation: My name is Peter Lee. I am the father of Paul Lee. I cannot find the enough words – the right words – to describe my sadness. When I think about the hole that Paul will leave in my life, my sorrow is immeasurable. I still feel like I am walking through an endless tunnel. Dear friends and fellow citizens of Oregon and Washington State, you have been our lifeline during the last few days, and we would like to express our heartfelt gratitude.

God allowed us to have Paul for 19 years. Two years ago, we made a family trip to Cambodia in order to assist a Christian missionary that we had been supporting. Paul disliked violence and loved all people no matter who they were, or what they had. The harsher reality is that Paul's life had been ended by the kind of person Paul would have wanted to help. With that, we ask that you continue to support us. Wikiwand. Aletheia (Ancient Greek: ἀλήθεια) Heidegger's idea of aletheia, or disclosure (Erschlossenheit), was an attempt to make sense of how things in the world appear to human beings as part of an opening in intelligibility, as "unclosedness" or "unconcealedness". 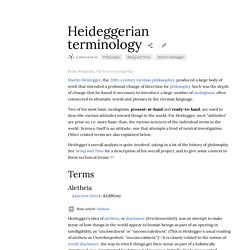 (This is Heidegger's usual reading of aletheia as Unverborgenheit, "unconcealment. ")[3] It is closely related to the notion of world disclosure, the way in which things get their sense as part of a holistically structured, pre-interpreted background of meaning. Initially, Heidegger wanted aletheia to stand for a re-interpreted definition of truth. However, he later corrected the association of aletheia with truth (see main article on aletheia for more information).

Apophantic An assertion (as opposed to a question, a doubt or a more expressive sense) is apophantic. Being-in-the-world. Alone - Edgar Allan Poe - analysis of the poem. Are you looking for an analysis of Edgar Allan Poe’s poem Alone? 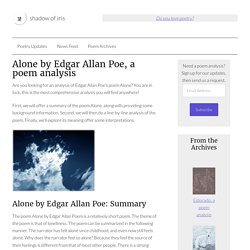 You are in luck, this is the most comprehensive analysis you will find anywhere! First, we will offer a summary of the poem Alone, along with providing some background information. SlideDog - Free Multimedia Presentation Software. The Psychology of Groups. Psychologists study groups because nearly all human activities—working, learning, worshiping, relaxing, playing, and even sleeping—occur in groups. 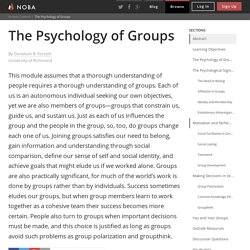 The lone individual who is cut off from all groups is a rarity. Most of us live out our lives in groups, and these groups have a profound impact on our thoughts, feelings, and actions. Many psychologists focus their attention on single individuals, but social psychologists expand their analysis to include groups, organizations, communities, and even cultures. Wikiwand. Ozan Örmeci Makaleler (Ozan Örmeci Articles): Friedrich Engels’ “The Condition of the Working Class in England” Many writers of modern social history have often praised Engels’ book “The Conditions of the Working Class in England” (1845), ranking it as one of the great examples of modern political and economic analysis as well as one of the greatest and earliest masterpieces of urban sociology -this sociological aspect being my area of research in this assignment. 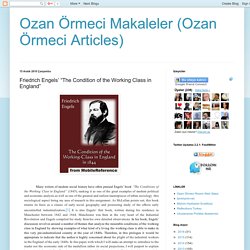 As McLellan points out, this book retains its force as a classic of early social geography and pioneering study of the effects early uncontrolled industrialization. It is also Engels’ first book, written during his residence in Manchester between 1842 and 1844. Manchester was then at the very heart of the Industrial Revolution and Engels compiled his study from his own detailed observations. In The Great Towns, Engels first introduces to the reader the “tacit agreement” which organizes the streets in order to keep each person on his/her own side of the pavement. 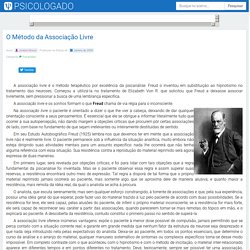 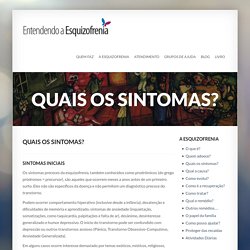 Eles não são específicos da doença e não permitem um diagnóstico precoce do transtorno. Counseling Schizophrenic. --A brain development Perspective Ah Kwong Schizophrenia is considered to be one of the most severe psychotic disorders, character by major disturbances in thought, emotion. Although this mental illness has been study for hundreds of years, the immediate cause of it is still unknown. Recent neurological studies suggest that there are physiological and neurological differences between the brain of schizophrenic patients and normal people and attribute it to the genetic factor. However, many studies indicate that external factors also contribute to the onset of schizophrenic symptoms; for life experiences, trauma or drug abuse can somehow change the activities and structure of the brain.

The article will explore all the possible external factors that contribute to the development of schizophrenia, and try to come up with preventive advice. The symptoms of schizophrenia can be grossly divided into two types: positive and negative symptoms.