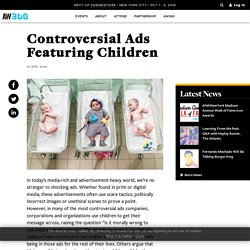 Whether found in print or digital media, these advertisements often use scare tactics, politically incorrect images or unethical scenes to prove a point. However, in many of the most controversial ads companies, corporations and organizations use children to get their message across, raising the question “Is it morally wrong to use children in advertising?” Those who oppose it say that the children have no choice in the matter and will have to live with being in those ads for the rest of their lives.

Others argue that it’s impossible to advertise without using children. Make the call for yourself as you take a look at these five controversial ads featuring children: Google Image Result for. Important Graphic Elements in Magazine Advertisements. The basic elements of design are line, color, balance, harmony, shape, texture, scale, dominance and emphasis, typography and space. 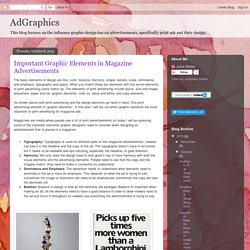 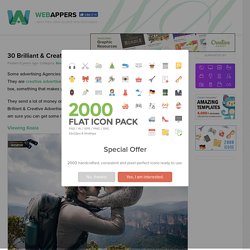 They are creative advertisements really stand out of the crowd, the idea is really out of the box, something that makes you laugh, talks about it or at least make you look twice. They send a lot of money on trying to catch your attention, in this collection you’ll find 30 Brilliant & Creative Advertisements in Technology Niche that probably reached their goal. Considered Carry Goods. Ads Inspiration: resources for creative ad examples. Rich Media Gallery. #OneShow2018: First night results! The first of two award nights for One Show 2018 is done and dusted, having taken place at the Ziegfeld Ballroom earlier on Wednesday, 9 May, with Africa bringing home 1 silver, 4 bronze and 12 merit awards. 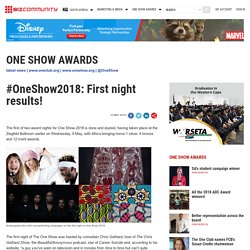 The first night of The One Show was hosted by comedian Chris Gethard, host of The Chris Gethard Show, the Beautiful/Anonymous podcast, star of Career Suicide and, according to his website, “a guy you've seen on television and in movies from time to time but can't quite place”. A total of 299 Pencils — 116 Gold, 82 Silver and 101 Bronze — and 535 Merits were awarded on the night, for work from 37 countries. SA's winners on the first night of the One Show Awards A silver Pencil was awarded to King James Cape Town for “2-Minute Shower Songs” for Sanlam under ‘real-time response: proactive communications’ in the PR discipline.

Campaigning to #DefeatDayZero. Beer Brand's #EmptyPint Social Campaign Offers Free Pint To Those Who Tweet I... SIGG. Interactive Websites 20 Cool Ones That Will Keep You Entertained. McDonald’s Crops the Golden Arches to Direct You to the Closest Restaurant. McDonald’s branding is so iconic that it communicates just as well in very minimalist form, as the company’s extremely stripped-down advertising in France has long proven. 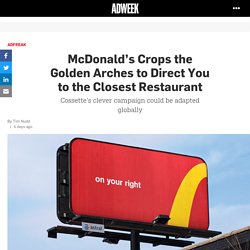 Now, in Canada, the fast-food chain is applying the same approach to out-of-home ads—with surprisingly useful results. A new campaign from Cossette crops the iconically curvy Golden Arches to direct people to the nearest McDonald’s restaurants. The “Follow the Arches” campaign turns bits of the giant yellow M into directional billboards, giving drivers easy-to-follow signs to get their McD’s fix. Here’s a short film about how it works: These Luxury Hotel Ads Use Instagram Shots Instead of Professional Photos. Catch New York combed through social media for guest photos taken at Loews Hotels and Resorts and integrated the candid, unsolicited images into the chain's new "Travel for Real" ad campaign. 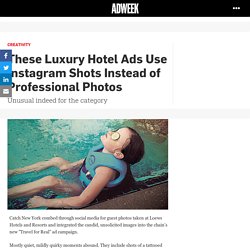 Mostly quiet, mildly quirky moments abound. They include shots of a tattooed dude playing banjo in his suite (with the headline, "Everyone needs to find their rhythm") and a kid with cucumbers on his eyes kicking back in a swimming pool ("Everyone needs to soak it all in"). The work is breaking now in magazines like Bon Appétit, Condé Nast Traveler and Wired, as well as in airport displays and as online banners. Building on 2013's "The Room You Need" campaign, this new work puts guest visits in an even "more emotional and personal" context, says client CMO Bruce Himelstein. #TravelForReal is the hashtag. "These are real-life images of actual guest experiences, licensed by Loews," agency chief creative officer Doug Spitzer tells AdFreak. Fair enough. Battersea's digital dog 'follows' shoppers in outdoor campaign. 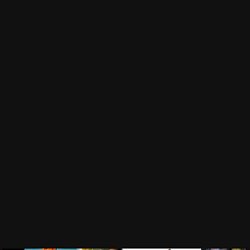