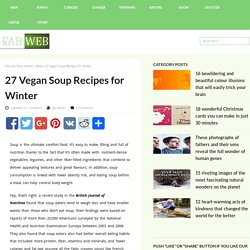 It’s easy to make, filling and full of nutrition thanks to the fact that it’s often made with nutrient-dense vegetables, legumes, and other fiber-filled ingredients that combine to deliver appealing textures and great flavours. In addition, soup consumption is linked with lower obesity risk, and eating soup before a meal can help control body weight. Yep, that’s right: a recent study in the British Journal of Nutrition found that soup eaters tend to weigh less and have smaller waists than those who don’t eat soup: their findings were based on reports of more than 20,000 Americans surveyed by the National Health and Nutrition Examination Surveys between 2003 and 2008. They also found that soup eaters also had better overall eating habits that included more protein, fiber, vitamins and minerals, and fewer calories and fat (we assume all the fatty, creamy soups like French Onion were not favourites of these skinny subjects!)

Get the recipe: Oh She Glows. Best Ways to Cook Your Veggies for the Most Nutrition. A lot of us are looking to get the most “bang for our buck” when it comes to nutrition and cooking our food. 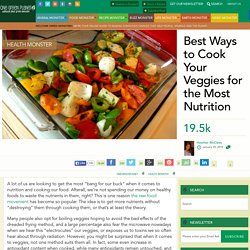 Afterall, we’re not spending our money on healthy foods to waste the nutrients in them, right? This is one reason the raw food movement has become so popular. The idea is to get more nutrients without “destroying” them through cooking them, or that’s at least the theory. Many people also opt for boiling veggies hoping to avoid the bad effects of the dreaded frying method, and a large percentage also fear the microwave nowadays when we hear this “electrocutes” our veggies, or exposes us to toxins we so often hear about through radiation. 12 Complete Proteins Vegetarians Need to Know About. There are plenty of reasons to eat more meat-free meals: They’re nearly always cheaper, lower in calories, and better for the environment. 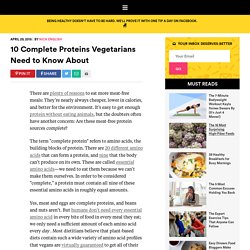 It’s easy to get enough protein without eating animals, but the doubters often have another concern: Are these meat-free protein sources complete? The term "complete protein" refers to amino acids, the building blocks of protein. There are 20 different amino acids that can form a protein, and nine that the body can’t produce on its own. These are called essential amino acids—we need to eat them because we can’t make them ourselves. In order to be considered “complete,” a protein must contain all nine of these essential amino acids in roughly equal amounts. 8 Ways To Eat Veggies You Probably Never Thought Of. Vegetables Wellington (The Ultimate Vegan Plant-Based Holiday Roast)

Coming up with a vegan holiday roast is a daunting task! 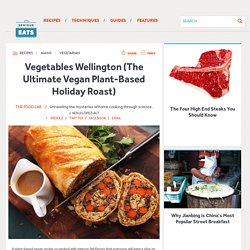 It can't just take the place of the turkey or the prime rib nutritionally, it's got to cover all of those mental bases as well. Not only does it have to taste spectacular, but it's got to look stunning at the center of the table, with rich, deep flavors that scream fall and winter. What I ended up with was a vegan roast that is so pretty, so mouth-watering, so packed with flavor and texture that even the hardcore carnivores at the table will want to make room on their plate for a slice, perhaps even instead of that turkey. I call it Vegetables Wellington. Why this recipe works: Zucchini & Sweet Potato Slice. The Food Matters Team A nourishing slice that's perfect for making in bulk, freezing and reheating for any meal! 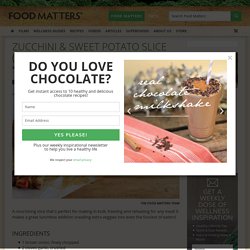 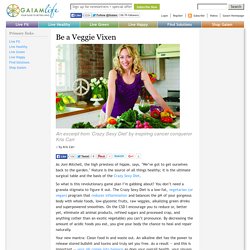 " Nature is the source of all things healthy; it is the ultimate surgical table and the basis of the Crazy Sexy Diet. So what is this revolutionary game plan I’m gabbing about? The Nutty Scoop from Nuts.com - Lovingly Created in Cranford, New Jersey since 1929. 71 Raw Food Recipes. A Vegetarian Food Blog. 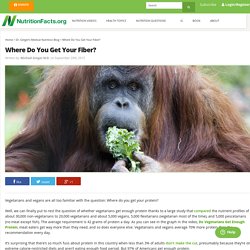 Well, we can finally put to rest the question of whether vegetarians get enough protein thanks to a large study that compared the nutrient profiles of about 30,000 non-vegetarians to 20,000 vegetarians and about 5,000 vegans, 5,000 flexitarians (vegetarian most of the time), and 5,000 pescetarians (no meat except fish). The average requirement is 42 grams of protein a day.