A Game of Feels: The Radical Empathy of Game of Thrones. The Constant Mistreatment of Women in GAME OF THRONES is Exhausting. What Does Your Favorite Shakespeare Play Say About You? The Edwardian Women Who Claimed to Travel Back in Time.

The 36 Questions That Lead to Love. If You’re Not Sure How a Male Author Would Describe You, Use Our Handy Chart. In Praise of Tender Masculinity, the New Non-Toxic Way to Be a Man. Why the ‘Good Place’ Personality Test Is Better than the Myers-Briggs. On Living, and Thinking, in Two Languages at Once. People ask me whether I think in French or in English now that I’ve lived in the US a while. 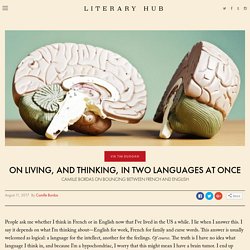 I lie when I answer this. I say it depends on what I’m thinking about—English for work, French for family and curse words. 17 Signs That You'd Qualify as a Witch in 1692. Discover whether you are guilty of maleficium and/or would have been accused of practicing witchcraft according to the laws and evidence used during the 1692 Salem Witch Trials. 1. 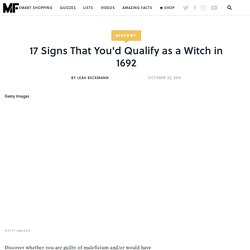 You are female. When Your Hometown is the Last Place to Accept Who You Are. 6 Things To Consider When Creating A Fantasy World. Susan Cain: The power of introverts. Defense Against The Dark Arts with Eckhart Tolle. If I had a dollar for every cliché that legit applies to life I’d…hold on a sec. 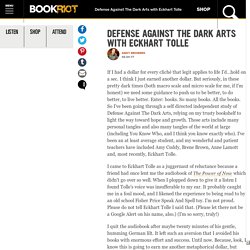 I think I just earned another dollar. But seriously, in these pretty dark times (both macro scale and micro scale for me, if I’m honest) we need some guidance to push us to be better, to do better, to live better. Enter: books. Shyness: A (Quiet) Cultural History. The Heimlich maneuver, in the nearly 50 years since Dr. 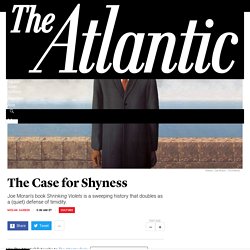 Henry Heimlich established its protocol, has been credited with saving many lives. But not, perhaps, as many as it might have. The maneuver, otherwise so wonderfully simple to execute, has a marked flaw: It requires that choking victims, before anything can be done to help them, first alert other people to the fact that they are choking. And some people, it turns out, are extremely reluctant to do so. “Sometimes,” Dr. Le Brexit vu par une Française expatriée en Angleterre. Tom Vanderbilt's 'You May Also Like' and the Complex Psychology of Taste.

On Reconciling with the Literature You Used to Love. This is a guest post from Ines Bellina. 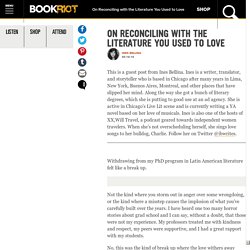 Ines is a writer, translator, and storyteller who is based in Chicago after many years in Lima, New York, Buenos Aires, Montreal, and other places that have slipped her mind. Along the way she got a bunch of literary degrees, which she is putting to good use at an ad agency. She is active in Chicago’s Live Lit scene and is currently writing a YA novel based on her love of musicals. How To Turn A Job Rejection Into An Opportunity  - Career Girl Daily. Photo: Ms Natika You perfected your CV, boosted your online profiles, stalked your interviewer and studied every potential question that could be thrown your way. 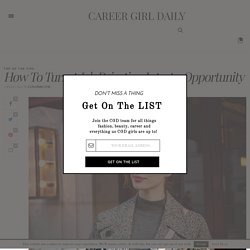 You’re picturing your new career, you’re drinking lattes, tapping away at your desk merrily and laughing with your new best bud boss. Then, by a twist of fate, your rejection letter lands in your inbox – and it hurts. Before you give up and slip into the woe-me-make-mine-a-triple downward spiral, try these tips to keep the door open… Thank your interviewer Although the natural reaction is to hit delete, it can be worth closing with a thank-you. Litsy: If Instagram and Goodreads Had a Perfect Baby.

Have you been hearing the buzz about Litsy? 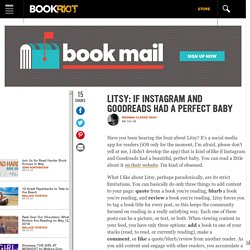 It’s a social media app for readers (iOS only for the moment, I’m afraid, please don’t yell at me, I didn’t develop the app) that is kind of like if Instagram and Goodreads had a beautiful, perfect baby. 21 Devastating London Problems. Women Aren't Aliens (and Other Thoughts on the Andrew Smith Controversy) The bookish internet blew up this week over the issue of sexism, female characters, and YA. 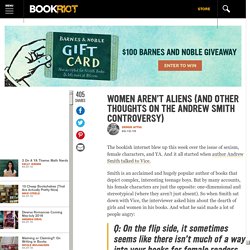 And it all started when author Andrew Smith talked to Vice. Smith is an acclaimed and hugely popular author of books that depict complex, interesting teenage boys. How secular family values stack up. More children are “growing up godless” than at any other time in our nation's history. 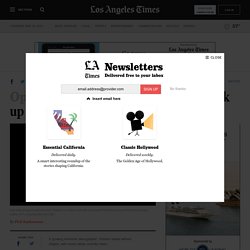 They are the offspring of an expanding secular population that includes a relatively new and burgeoning category of Americans called the “Nones,” so nicknamed because they identified themselves as believing in “nothing in particular” in a 2012 study by the Pew Research Center. The number of American children raised without religion has grown significantly since the 1950s, when fewer than 4% of Americans reported growing up in a nonreligious household, according to several recent national studies. That figure entered the double digits when a 2012 study showed that 11% of people born after 1970 said they had been raised in secular homes.

This may help explain why 23% of adults in the U.S. claim to have no religion, and more than 30% of Americans between the ages of 18 and 29 say the same. Library Files Bizarre Questions Asked By People Before The Internet. "What did people do before Google? 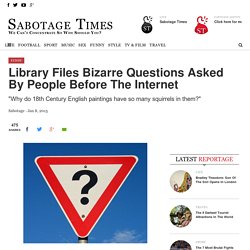 " is one of the most FAQs of the modern age. Staff at New York's Public Library have found the answer after stumbling upon a box labelled "Interesting Reference Questions", containing customer queries from the 1940s to the 1980s. It seems in a time before the internet, people phoned the library for reference, and if their question couldn't be answered, the librarian would type it up on a card and file it away for someone else to deal with.

Here are some of the best examples... (Images via New York Public Library) ISFJ Personality – Conclusion. Few personality types are as practical and dedicated as ISFJs. Known for their reliability and altruism, ISFJs are good at creating and maintaining a secure and stable environment for themselves and their loved ones. ISFJs' dedication is invaluable in many areas, including their own personal growth. Yet ISFJs can be easily tripped up in areas where their kindness and practical approach are more of a liability than an asset. Whether it is finding (or keeping) a partner, learning to relax or improvise, reaching dazzling heights on the career ladder, or managing their workload, ISFJs need to put in a conscious effort to develop their weaker traits and additional skills. What you have read so far is just an introduction into the complex concept that is the ISFJ personality type. This is not a trick. 25 Courageous LGBT Celebrities Who Came Out of the Closet in 2014.

Coming out never looked so good. From movie stars to country music artists, people came out of the closet in droves in 2014. Perhaps a byproduct of societal approval, or thanks to the tidal wave of legislative victories, LGBT Americans are feeling increasingly encouraged not only to accept their sexuality and gender identity but to feel comfortable asserting that identity in public. Before Google ... Who Knew? : The Protojournalist. The New York Public Library reading room. Istockphoto hide caption toggle caption istockphoto The New York Public Library reading room. 30 portes magiques et créatives qui semblent conduire vers d'autres mondes. Meaghan Ramsey: Why thinking you're ugly is bad for you. It's TED, the Musical ! This Is Why Feminism Isn't Called 'Humanism' Candy Chang » Confessions. 10 Ways Introverts Interact Differently With The World.