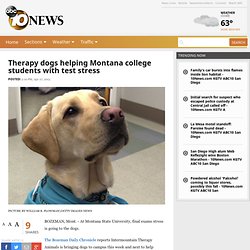 The Bozeman Daily Chronicle reports Intermountain Therapy Animals is bringing dogs to campus this week and next to help students take a break from the stress of studying for and taking semester exams. Jacqueline Frank is the Renne Library commons assistant who started the "Paws to de-Stress" program this semester. She says research shows that animals can help reduce stress and lower blood pressure.

Knitted brain. The Coming Anarchy - Robert D. Kaplan. How scarcity, crime, overpopulation, tribalism, and disease are rapidly destroying the social fabric of our planet The Minister's eyes were like egg yolks, an aftereffect of some of the many illnesses, malaria especially, endemic in his country. 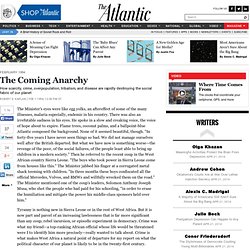 There was also an irrefutable sadness in his eyes. He spoke in a slow and creaking voice, the voice of hope about to expire. Flame trees, coconut palms, and a ballpoint-blue Atlantic composed the background. None of it seemed beautiful, though. Tyranny is nothing new in Sierra Leone or in the rest of West Africa. The cities of West Africa at night are some of the unsafest places in the world. "You see," my friend the Minister told me, "in the villages of Africa it is perfectly natural to feed at any table and lodge in any hut. "In the poor quarters of Arab North Africa," he continued, "there is much less crime, because Islam provides a social anchor: of education and indoctrination. Finally my friend the Minister mentioned polygamy. Book requests. Arguing for Our Lives, A User's Guide to Constructive Dialog (press)

Arguing for Our Lives A User's Guide to Constructive Dialog Press Reviews YES! 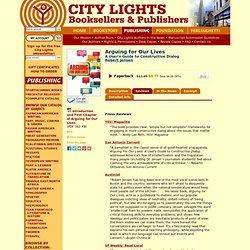 Magazine "The book provides clear, 'simple but not simplistic' frameworks for engaging in more constructive dialog about the issues that matter most. "-- Andy Lee Roth, YES! Magazine San Antonio Current. FROG & TOAD TOGETHER (a List) by Arnold Lobel. Sex. Www.arhp.org/uploadDocs/sexandsexfactsheet.pdf.

Clinical Fact Sheets: Talking to Patients About Sexuality and Sexual Health. (Updated April 2008) Patients may have difficulty talking to health care providers about sexuality and sexual health for many reasons, even when they clearly are sexually active.

Most people are not raised to discuss sexual matters openly, and when sexuality is taught, it is often done in negative terms. As patients move through the stages of life, the dialogue with providers on this topic will evolve; a conversation with a sexually active adolescent should differ significantly from a discussion with a married perimenopausal woman. Research suggests that communication between health care providers and patients can improve sexual health. To facilitate effective communication with patients on sexuality and sexual health, providers should5: Promote sexual health in clinical practice environments. Some providers may feel that their patients’ sexual lives are too personal to ask about, and patients may assume that their providers will tell them what they need to know.

Can Children Know, At Age 2, They Were Born The 'Wrong Sex'? : 13.7: Cosmos And Culture. iStockphoto Kathryn's Dad thought she was going through a tomboy phase. 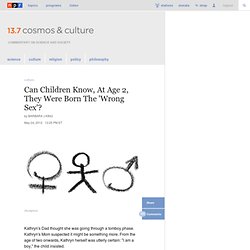 Kathryn's Mom suspected it might be something more. From the age of two onwards, Kathryn herself was utterly certain: "I am a boy," the child insisted. Kathryn's story was told on the front page of The Washington Post last Sunday, and I found it a gripping tale. Ben & Jerry's Introduces New S.F. Flavor (With 'San Fran' In The Title) Somatic Attachment Trainings with Dr. Heller. (1) Somatic Attachment Trainings with Dr. Heller. Buddha. BuddhaNet - Worldwide Buddhist Information and Education Network.

Zen. How To Stop Making A Big Deal About Your Problems. Teaches us how to let go. 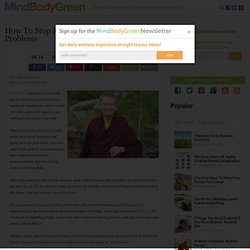 It’s actually a very important aspect of friendliness, which is that you train again and again in not making things such a big deal. When you have pain in your body, when all sorts of thoughts are going through your mind, you train again and again in acknowledging them openheartedly and open-mindedly, but not making them such a big deal. Generally speaking, the human species does make things a very big deal. Our problems are a big deal for us. So we need to make space for an attitude of honoring things completely and at the same time not making them a big deal. It’s a paradoxical idea, but holding these two attitudes simultaneously is the source of enormous joy: we hold a sense of respect toward all things, along with the ability to let go. Keeping these ideas in balance allows us to feel less crowded and claustrophobic. Absolute Refuge. Brownie's Lament. Agent of Change: An Interview with bell hooks.

Bell hooks is a seeker, a feminist, a social critic, and a prolific writer. 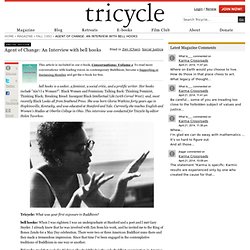 Her books include "Ain't I a Woman? ": Black Women and Feminism; Talking Back: Thinking Feminist, Thinking Black; Breaking Bread: Insurgent Black Intellectual Life (with Cornel West); and, most recently Black Looks all from Southend Press.