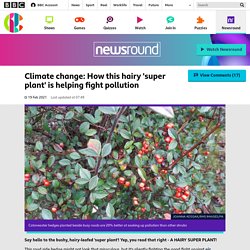 Spiders use stretchy silk to lift large loads - Double Helix. By David, 12 February 2021 News How can such a tiny spider lift a whole lizard? 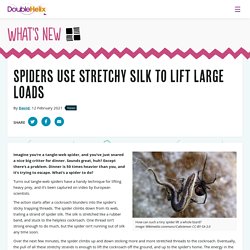 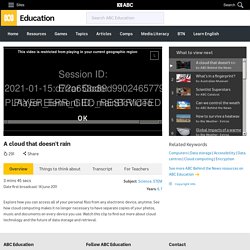 All of a sudden we had all this information floating around out there that we could download and use at will. But now a new revolution is coming and this one will change how we think about computing once again. It's called 'the cloud'. June Almeida discovered coronaviruses decades ago—but got little recognition. When June Almeida peered into her electron microscope in 1964, she saw a round, grey dot covered in tiny spokes. 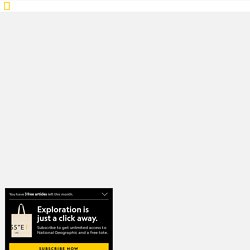 She and her colleagues noted that the pegs formed a halo around the virus—much like the sun’s corona. What she saw would become known as the coronavirus, and Almeida played a pivotal role in identifying it. That feat was all the more remarkable because the 34-year-old scientist never completed her formal education. Born June Hart, she lived with her family in a tenement building in Glasgow, Scotland, where her father worked as a bus driver. June was a bright student with ambitions to attend university, but money was scarce. After moving to a similar job at St Bartholomew’s Hospital in London, she met the man who would become her husband, Venezuelan artist Enriques Almeida. Curious Kids: If the Earth is spinning all the time, why don't things move around? If the Earth turns all the time, then why isn’t the door where the stairs are sometimes? 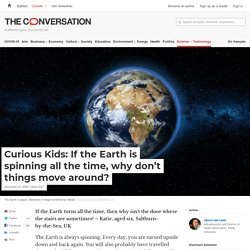 – Katie, aged six, Saltburn-by-the-Sea, UK The Earth is always spinning. Every day, you are turned upside down and back again. How to be a cloud detective. Engineers study strong shell of diabolical ironclad beetle. Engineers hope to learn how to design stronger planes and buildings by studying a beetle that can withstand bird pecks, animal stomps and even being rolled over by a Toyota Camry car. 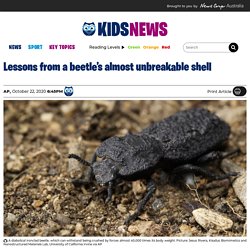 “This beetle is super tough,” said Purdue University civil engineer Pablo Zavattieri, who was among a group of researchers that ran over the insect with a car as part of a new study. Wet weather ahead! - Double Helix. It’s going to be a wet few months for most AustraliansImage: ©istock.com/tracielouise The Bureau of Meteorology is predicting a wet spring and summer for Australia. 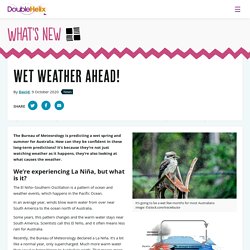 How can they be confident in these long-term predictions? It’s because they’re not just watching weather as it happens, they’re also looking at what causes the weather. We’re experiencing La Niña, but what is it? The El Niño–Southern Oscillation is a pattern of ocean and weather events, which happens in the Pacific Ocean. Kids News explainer: How do bees make honey? It’s spring! 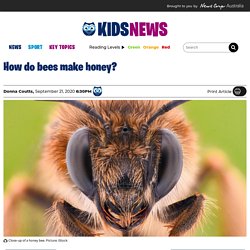 Forests are yellow with wattles flowering, fruit trees in backyards and orchards are beginning to blossom and flowerbeds are coming to life after winter. Bees are pretty excited, too, because flowers are vital for honey making. Most of us love honey: spread on toast or added to a hot drink to soothe a scratchy hayfever throat from all that flowering going on outdoors. Have you ever wondered how bees make honey? Kids News did some research. Science Interactive sites. 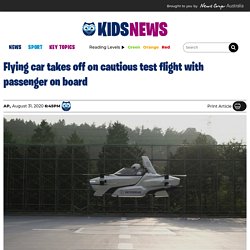 Japan’s SkyDrive Inc., among the many “flying car” projects around the world, has carried out a successful though modest* test flight with one person aboard. In a video shown to reporters, a contraption* that looked like a motorbike with propellers lifted 1m-2m off the ground, and hovered in a netted area for four minutes. Tomohiro Fukuzawa, who heads the SkyDrive effort, said he hopes “the flying car” can be made into a real-life product by 2023, but he acknowledged* that making it safe was critical. “Of the world’s more than 100 flying car projects, only a handful has succeeded with a person on board,” he said.

“I hope many people will want to ride it and feel safe.” The machine so far can fly for just five to 10 minutes but if that can become 30 minutes, it will have more potential, including exports to places like China, Mr Fukuzawa said. University of NSW and Griffith palaeontologists reclassify extinct South Australian wombat megafauna species. A giant wombat the size of a black bear that roamed Australia 25 million years ago has been classified as a new category of marsupial after almost 50 years of study. 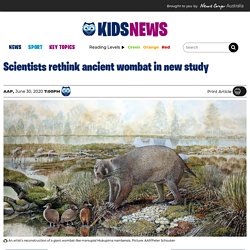 The bones of Mukupirna nambensis were unearthed in the clay floor of Lake Pinpa, a dry salt lake east of South Australia’s Flinders Ranges in 1973. An international team of scientists, including from the University of NSW and Griffith University, have been studying the remains. A partial skull and most of the skeleton belonged to an animal more than four times the size of modern living wombats and may have weighed about 150kg. “An analysis* of Mukupirna’s evolutionary* relationships reveals that although it was most closely related to wombats, it is so different from all known wombats as well as other marsupials, that it had to be placed in its own unique family, the Mukupirnidae,” the researchers said. UNSW Professor Mike Archer is a co-author of a paper on the creature published in the journal Scientific Reports. Structure found inside the earth – Kiwi Kids News. The Soil Food Web, claymation shorts by Maxwell Helmberger.

We grow food in the soil. Chinese surveyors set to summit Everest to measure height. A team of climbers is on its way to summit Mount Everest this week to measure whether it has grown or shrunk. Movement of the Earth’s tectonic plates* can change the height of the summit, while measurements that take into account snow and ice can vary, even day to day. A large earthquake is thought to have changed the mountain’s shape and height in 2015. The current Chinese government-backed team of surveyors will have the mountain to themselves as it remains closed to paying climbers to help prevent the spread of COVID-19.

Credit: Shutterstock Why This Matters: The challenge now is how to restrict pollution after COVID restrictions lift. Have you recently come across photos of cities around the world with clear skies and more visibility? In an unexpected silver lining to this tragic crisis, urban centres, such as around Wuhan in China, northern Italy and Spain, have recorded a vastly lower concentration of air pollution since confinement measures began to fight the spread of COVID-19.

Spaghetti bridges, a DIY engineering activity for kids (and adults) What can spaghetti tell you about engineering? Mechanical engineer Shanice O’Mara introduces how engineering enables different kinds of bridges to successfully distribute weight of their load throughout their structures. Scientists develop a system to monitor pollution from space – Kiwi Kids News. Scientists have developed a new system to monitor pollution from space. The American, South Korea, and the European Space Agency have worked together on space-based instruments to measure global air quality. Swampy rainforests were growing in Antarctica 90 million years ago - CBBC Newsround. How to regrow 14 store-bought vegetables and herbs. Learn how to regrow 14 store-bought vegetables and herbs with Jag Singh of Daisy Creek Farms in California. California Ripe Olives: From Orchard to Store Shelf. What is the 'hairy panic' tumbleweed that has buried a small Australian city?

We’re used to stories of towns and cities waking up to floodwaters invading their homes. In complete contrast, the Australian city of Wangaratta, 230km north of Melbourne, is dealing with a hairy weed invasion that looks like a scene from the horror edit of an American Western film classic. Antarctica: How has it changed since it was discovered 200 years ago? - CBBC Newsround. Coastal Erosion - Classroom - BTN. Living along the coast can be pretty cool. Futurist from 1989 is astonishingly accurate about homes in 2020. From 1965 to 2003 the BBC aired a series called Tomorrow's World, and the segment above, predicting homes in 2020, describes Nest, Alexa, and other IoT conveniences to a tee. Impact of habitat loss on species.

Habitat loss is probably the greatest threat to the variety of life on this planet today. It is identified as a main threat to 85% of all species described in the IUCN's Red List (those species officially classified as "Threatened" and "Endangered"). Drought, land clearing, waterway management, extinction risk factors for platypus, according to UNSW study.

Platypus populations are on the brink* of extinction unless urgent action is taken, according to new research. Drought, land clearing and human-led changes to waterways are some of the risks for this animal that is globally unique* and was once widespread across the eastern Australian mainland* and Tasmania. There are reports of rivers drying up in drought-affected areas and animals becoming stranded. The new study, by University of New South Wales scientists and published in the international science journal Biological Conservation, estimated that numbers have halved since colonisation* and there have already been extinction of local populations across about 40 per cent of the species’ range. Under predicted climate change, the losses in the future could be far greater because of increases in extreme drought frequency* and duration*, such as the current dry period. Bring elephants to Australia? There's a solution to the continent's rampant fires and feral animals, says David Bowman — introduce large mammals and increase hunting pressure.