Neoliberalism – the ideology at the root of all our problems. Greens blame Tory majority on Labour's willingness to "accept the narrative of its opponents" I suppose it is inevitable when you are involved in a political campaign that military analogies come to mind. 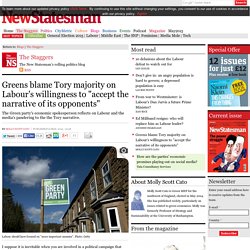 As a Quaker, I sometimes find this troubling, but on the other hand I think democratic politics is an alternative to war and so perhaps it is quite appropriate. Is the left in Britain still alive and well? Rosie Rogers, 28, and I are sitting in a tipi outside her office in Highbury, London. 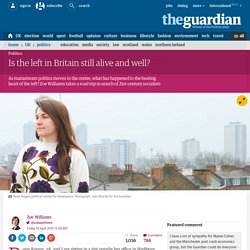 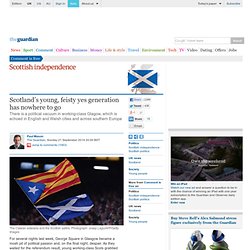 As they waited for the referendum result, young working-class Scots grabbed each other around the head and danced. Their chants were improvised: “No freedom, no party” – an ironic take on No justice, no peace – and the more prosaic: “Let’s go fucking mental.” The persistent fog that had clung to the river Clyde was augmented by a haze of skunk. These were kids drawn from an age group that across Scotland had voted by 71% to 29% to leave Britain, and from a working-class city whose majority had defied its Labour heritage to vote likewise. Their bid failed, but my time in that mosh pit – incongruous in being middle-aged, sober and without face paint – became a nightly seminar in the modern politics of identity. Scottish politics has been about class, community, land and nation.

And then, in 2008, neoliberalism broke down. Why aren't the British middle-classes staging a revolution?

Jeremy Paxman is as much 'stuck in' politics as you or I, Nick Clegg. Ever the pessimist, I never dreamed anyone could top Chris Huhne's confusion as to why a newspaper should have reported on his crime and misdemeanours. 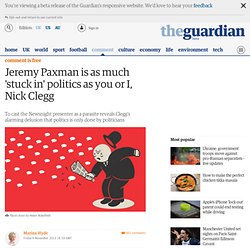 But what an enchantment to be proved wrong, and by none other than Chris's erstwhile leader Nick Clegg, who this week offered his own view of the iniquities of politicians being held to account. "Here is a guy …" he opined of Jeremy Paxman to listeners to his LBC phone-in, "he lives off politics and he spends all his time sneering at politics. " Eh? It's always alarming to hear a politician say what they actually think – though given that Clegg's office staff has risen to 20 – 20!

You’re not unemployed – you lack self-reliance - Comment - Voices. The logic is unanswerable. 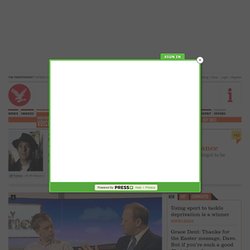 What right has anyone got to object to cuts in benefits, when they themselves come from Stockport’s famous playboy quarter, the Monte Carlo of Greater Manchester, where Russian oligarchs buy waterside apartments so they can lounge on their billion-pound yachts in the nearby Manchester Ship canal. Broadland: Welcome to the UK's most peaceful place. 24 April 2013Last updated at 07:53 ET By Jon Welch BBC News Broadland is rated the most peaceful place in the UK by the UKPI study The Norfolk district of Broadland has been named the most "peaceful" area of the UK by a study looking at violent crime statistics and socio-economic factors. 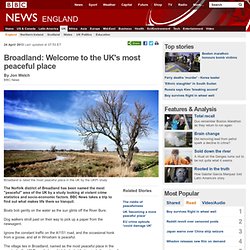 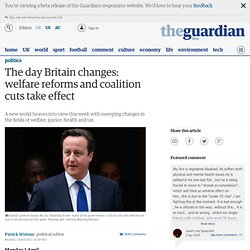 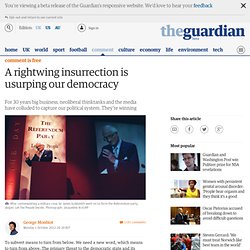 We need a new word, which means to turn from above. The primary threat to the democratic state and its functions comes not from mob rule or leftwing insurrection, but from the very rich and the corporations they run. These forces have refined their assault on democratic governance. There is no need – as Sir James Goldsmith, John Aspinall, Lord Lucan and others did in the 1970s – to discuss the possibility of launching a military coup against the British government: the plutocrats have other means of turning it. Every death on every road in Great Britain 1999-2010.

Britain has one of the best records in the world for road casualties. 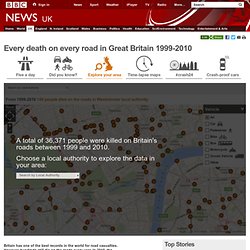 However, hundreds still die on the roads every year. In 2010, the police recorded 1,850 deaths, 22,660 people seriously injured and 184,138 who received light injuries. About the map: Using official data recorded by police in Great Britain between 1999 and 2010, we have plotted every road collision in which someone died. UK News, World News and Opinion. Grant Shapps altered school performance entry on Wikipedia. The internet activities of the new Tory party chairman, Grant ShappsGrant Shapps, were under renewed scrutiny after it emerged that he secretly altered his Wikipedia biography to edit out references to his performance at school, political gaffes and the identity of donors to his private office.

Will contest turn nasty? Would-be Liberal Democrat leaders may have 10 days left to throw their hats into the ring - but already the contest looks like being the two horse race it was always predicted to be. 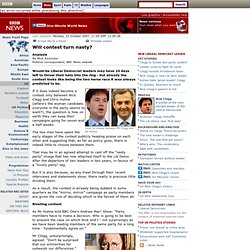 Parliamentary Expenses - Westminster Gravy Train's return journey. How Britain said farewell to its Empire. 23 July 2010Last updated at 16:28 The end of the British Empire saw the Union flag lowered in ceremonies around the world - but the so-called "wind of change" continues to blow, observes David Cannadine in his Point of View column. The recent controversy surrounding the discovery that the British taxpayer is footing the bill for a family of former asylum seekers from Somalia who are living in a luxury town house in London reminds me that it's exactly 50 years since the colony of British Somaliland became independent. SFO rebuked over ex-chief's payoff - UK, Local & National. 01 November 2012.

Nick Clegg gets asked about his arson conviction. 11/08/2011. Big Brother isn’t watching you « Russell Brand. I no longer live in London. Twitter takes on the citizenship test. Viewpoint: Is the alcohol message all wrong? 12 October 2011Last updated at 00:54. Our economic ruin means freedom for the super-rich. The model is dead; long live the model. The tax haven in the heart of Britain. On 7 October 2002, an Anglican priest, William Campbell-Taylor, and an English-Jewish academic, Maurice Glasman, came to the law lords to challenge a parliamentary bill. It was the start of an episode that anyone worried about tax avoidance - or, for that matter, about the fate of the NHS, about economic inequality, about student loans, about capital flight from Africa, about global financial deregulation or about the political might of the financial sector - ought to know about.