Travelling, football, alternative politics and beer are some of my passions. I blog about them at I take photos of my travels and they are at 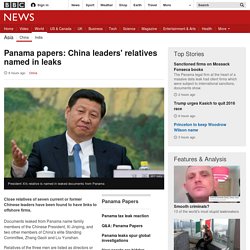 Documents leaked from Panama name family members of the Chinese President, Xi Jinping, and two other members of China's elite Standing Committee, Zhang Gaoli and Liu Yunshan. Relatives of the three men are listed as directors or shareholders in firms located in known tax havens. The Chinese government has not responded to requests for comment. The names appeared in a mass leak of files from Panamanian law firm Mossack Fonseca. Image copyright AP Chinese state media are blocking reports of the families' offshore dealings, and the news is being censored on Chinese social media outlets.

How to apply for a job in a different field when you have no experience. You're poking around while job searching and there it is: the dream position. 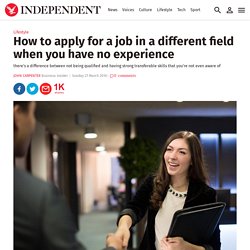 Why would anyone want to have sex with an animal? The psychology of bestiality. Earlier this week, Denmark passed a law making bestiality a criminal offence from July 1st in a move to tackle animal-sex tourism. 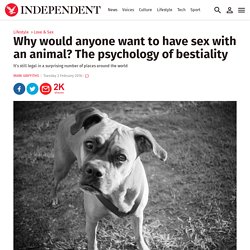 Bestiality (also known as zoophilia) is typically defined as relating to recurrent intense sexual fantasies, urges, and sexual activities with non-human animals. At present, there are still a number of countries where zoophilia is legal including Brazil, Mexico, Thailand, Finland, Hungary, and Romania. In the US there is no federal law against zoophilia although most states class it as a felony and/or misdemeanour although in some states it is technically legal (for example, Texas, Kentucky, Nevada, New Jersey, New Hampshire, Wyoming, West Virginia, and New Mexico).

Animals. IS. Women as victims and trigger. Human Rights. Academia. Google. Camden stories. Education of children. Does a baby's name affect its chances in life? 11 April 2014Last updated at 03:15 ET By William Kremer BBC World Service When parents spend hours poring over baby name books they may imagine that their choice will have a major impact on their child's life. 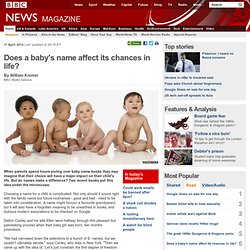 But do names make a difference? Two recent books put this idea under the microscope. The hour of code: why we should get with the program… and try coding. So what is the Hour of Code? 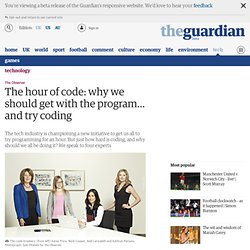 Avid Larizadeh, co-founder of accessories design firm Boticca.com and head of the Hour of Code UK campaignThe Hour of Code is an attempt to teach people the basics of computer programming in 60 minutes in a fun, simple way. It is part of a campaign that Code.org, a non-profit organisation, launched in the US with the goal of introducing coding into the US curriculum and raising awareness around what coding is. The idea was to show that it's not just about the geek in the basement or the super-tech-savvy person but that it actually plays a role in everything we do and everybody should have access to it. And 20 million kids signed up to it. And I just thought, this is something we should be doing in the UK too. 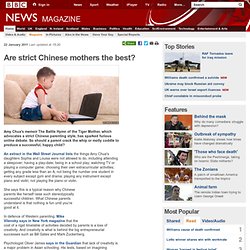 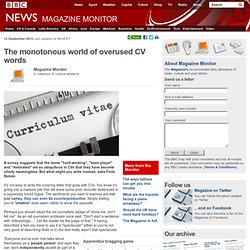 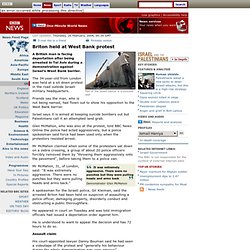 The 34-year-old from London was held at a sit down protest in the road outside Israeli military headquarters. Friends say the man, who is not being named, had flown out to show his opposition to the West Bank barrier. Israel says it is aimed at keeping suicide bombers out but Palestinians call it an attempted land grab. Glen McMahon, who was also at the protest, told BBC News Online the police had acted aggressively, but a police spokesman said force had been used only when the protestors resisted arrest. Mr McMahon claimed when some of the protesters sat down on a zebra crossing, a group of about 20 police officers forcibly removed them by "throwing them aggressively onto the pavement", before taking them to a police van. What Is an Avatar Master? Yesterday I had lunch with someone I met through a social networking web site, who bills himself as an “Avatar Master.” 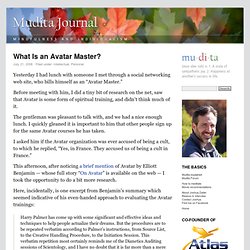 Before meeting with him, I did a tiny bit of research on the net, saw that Avatar is some form of spiritual training, and didn’t think much of it. The gentleman was pleasant to talk with, and we had a nice enough lunch. George Carlin: how does our economic system work? 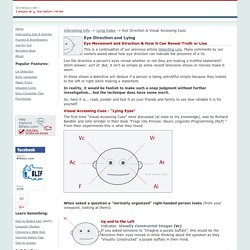 Be Better at Twitter: The Definitive, Data-Driven Guide - Megan Garber - Technology. A study based on 43,000 responses to Tweets found precisely what people like -- and loathe -- about microblog posts. If you could construct, algorithmically, the Most Annoying Tweet Imaginable, it might look something like this:

Related:  Google   -  Temporaire recup a classer   -  Can you name the Countries of the World   -  Eye Direction and Lying - How to detect lies from the direction of an individual's gaze / visual accessing cues.   -  Education   -  Enterprise