Five Little Monkeys Song. TrickedOutTimeline - Create the coolest Facebook Timelines, Cover Photos and Profile Photos, and wow your friends! 20 More GIF Reactions to Real-Life Situations. Our Polish : Knocked Up Nails. All about French Knitting. French knitting is great fun. It is how I started knitting as a kid. Children like it because they can learn this new skill quickly and will soon be able to produce friendship bracelets for each other. If you know how to french knit, click here to share your tips and patterns with visitors to this page.

Toddler Wearing. Toddler Wearing By Caroline Jane Cole April 4, 2012 The author would like to dedicate this article to Jean Liedloff, who passed away in March 2011. How to… Make Blossom Fairy Lights (from Egg Cartons)! If you're new here, you may want to join us on Facebook or Google +. Thanks for visiting! Timothy Beal: BibliFact Roundup #1: Visions, Vomit and Phony Eco-theology. "They welcomed the message very eagerly and examined the scriptures every day to see whether these things were so" --Acts 17:11 As we make our way toward the 2012 elections, many feel tossed to and fro by often contradicting claims about what the Bible says on this or that political issue. 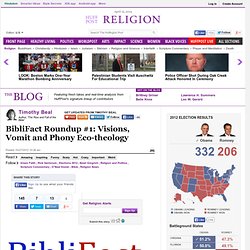 Most people just don't know the Bible well enough to say whether these claims are right, wrong, correct, incorrect or a matter of interpretation. On top of that, political Bible talkers on the campaign trail rarely cite chapter and verse, making it tough for us to check them out for ourselves. The Bible is a powerful weapon that has been wielded for good and for ill throughout American history. A new way of choosing what to read next.

15 Ways to Live, and Not Merely Exist. Post written by: Marc Chernoff Email As Jack London once said, “The proper function of man is to live, not to exist.” 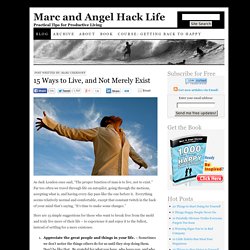 Far too often we travel through life on autopilot, going through the motions, accepting what is, and having every day pass like the one before it. Everything seems relatively normal and comfortable, except that constant twitch in the back of your mind that’s saying, “It’s time to make some changes.” Simple Ideas That Are Borderline Crafty (35 Pics) Click Here For More Amazing Ideas. 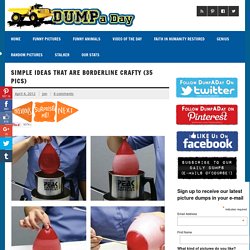 I don’t have a 28-day menstrual cycle, and neither should you. Most of us are familiar with a 28-day menstrual cycle, which, divided in half, comprises the follicular phase – that’s when the dominant follicle, or egg, is growing and preparing for ovulation – and the luteal phase – when the endometrium, or lining of the uterus, is preparing for possible conception and implantation. 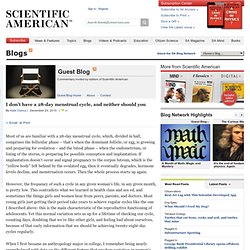 If implantation doesn’t occur and signal pregnancy to the corpus luteum, which is the "yellow body" left behind by the ovulated egg, then it eventually degrades, hormone levels decline, and menstruation occurs. Then the whole process starts up again. However, the frequency of such a cycle in any given woman’s life, in any given month, is pretty low. This contradicts what we learned in health class and sex ed, and sometimes the things girls and women hear from peers, parents, and doctors. Visual Inspiration - AaronWeissArt.com. 19 Quotations. Rice Paddy Birth and Other Lies We Tell Pregnant Women. Any pregnant woman has heard about it. 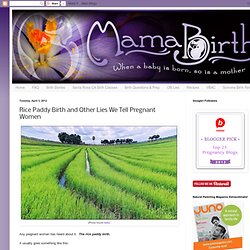 The rice paddy birth. It usually goes something like this: "We make such a big deal about having babies in this country. Women and Making Money Off Of Blogging. I began blogging in 2008, the year I moved away from Myspace and the small little box of blogging poetry I had been doing amongst a great group of people, to Blogger, an expansive and noisy terrain filled with the movement of people excited about what they are doing, when they hardly know how to define it. 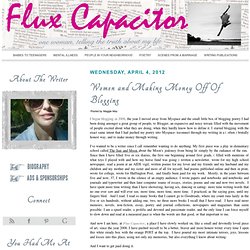 I started blogging with the exact same intent that I had pushed my poetry into Myspace- toconnect through my writing in a ( often ) brutally honest way, and to make money through writing. I've wanted to be a writer since I call remember wanting to do anything. The Courage to Find Wholeness « Diary of a Christian Universagnosticostal. “We don’t know what’s wrong…” The doctors were at a loss for words. 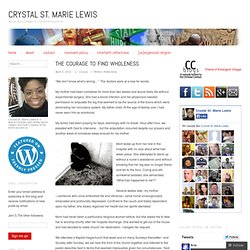 My mother had been comatose for more than two weeks and would likely die without experimental surgery. She had a blood infection and her physicians needed permission to amputate the leg that seemed to be the source of the toxins which were dominating her circulatory system. My father cried. Making Cottage Cheese. Perfect Iced Coffee. Iced coffee is my life. 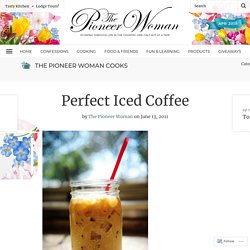 Recipes. Quotes. Alternative parenting. Getting organized. D_cheuvront. Laughs. Growing stuff. Interesting ideas. Night Shifts. When I was a very young woman, I was enthralled by two promises, neither of which involved me. 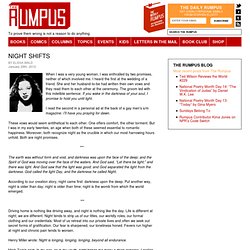 I heard the first at the wedding of a friend. She and her husband-to-be had written their own vows and they read them to each other at the ceremony. The groom led with this indelible sentence: If you wake in the darkness of your soul, I promise to hold you until light. I read the second in a personal ad at the back of a gay men’s s/m magazine: I’ll have you praying for dawn. These vows would seem antithetical to each other. The earth was without form and void, and darkness was upon the face of the deep; and the Spirit of God was moving over the face of the waters.

Related:  TrickedOutTimeline - Create the coolest Facebook Timelines, Cover Photos and Profile Photos, and wow your friends!   -  A new way of choosing what to read next   -  Simple Ideas That Are Borderline Crafty (35 Pics)   -  Perfect Iced Coffee   -  Games for the Brain   -  Stripes   -  Education   -  Enterprise