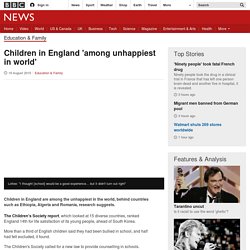 The Children's Society report, which looked at 15 diverse countries, ranked England 14th for life satisfaction of its young people, ahead of South Korea. Stroke 'more likely' with long hours - BBC News. People working long hours are more likely to have a stroke, according to analysis of more than half a million people. 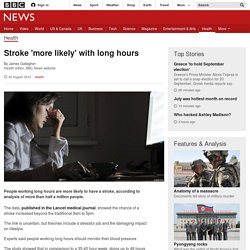 The link is uncertain, but theories include a stressful job and the damaging impact on lifestyle. Experts said people working long hours should monitor their blood pressure The study showed that in comparison to a 35-40 hour week, doing up to 48 hours increased the risk by 10%, up to 54 hours by 27% and over 55 hours by 33%. Dr Mika Kivimaki, from University College London, said that in the 35-40 hour group there were fewer than five strokes per 1,000 employees per decade. And that increased to six strokes per 1,000 employees per decade in those working 55 hours or more. Dr Kivimaki admitted researchers were still at the "early stages" of understanding what was going on.

Ideas include the extra stress of working long hours or that sitting down for long periods is bad for health and may increase the risk of a stroke. Why typos and spelling mistakes don't really matter. 2 November 2014Last updated at 19:01 ET We should not get overly obsessed with making spelling mistakes or typos, because they are not what makes our writing good or bad, says author and Financial Times columnist Lucy Kellaway. 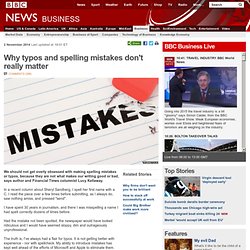 In a recent column about Sheryl Sandberg, I spelt her first name with a C. I read the piece over a few times before submitting, as I always do, saw nothing amiss, and pressed "send". I have spent 30 years in journalism, and there I was misspelling a name I had spelt correctly dozens of times before. Had the mistake not been spotted, the newspaper would have looked ridiculous and I would have seemed sloppy, dim and outrageously unprofessional. The truth is, I've always had a flair for typos.

Because I know I have a problem, I try to help myself.

Ofsted tells teachers what not to do in effort to dispel inspection myths. After years of telling teachers what they should be doing, Ofsted has issued a list of things that its inspectors don’t want to see in classrooms – as part of an effort to bust some of the myths surrounding make-or-break school inspections. 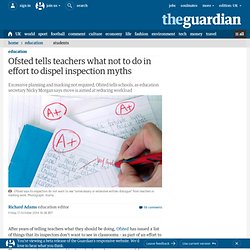 The two-page document issued by the schools regulator came out of discussions with the teaching unions and the Department for Education over reducing the workload facing teachers in England’s state schools. Ofsted: what the new guidelines mean for teachers – open thread. Ofsted inspections can not only mean stomach cramps and sleepless nights for many teachers, but also long hours spent preparing for the event. 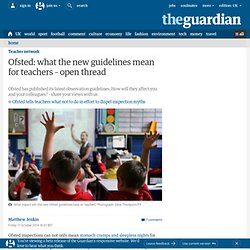 Guidelines released today by the government body hope to clarify what exactly is expected from teachers to ease the pain of scrutiny. The ‘what not to do’ guide sets out to “confirm facts about the requirements of Ofsted and to dispel myths that can result in unnecessary workloads in schools.” According to the document, Ofsted does not require teachers to show current or previous lesson plans to inspectors, nor will it award a grade for the quality of teaching individual lessons. The Association of Teachers and Lecturers (ATL) has welcomed the clarifications about what teachers should expect during an inspection. 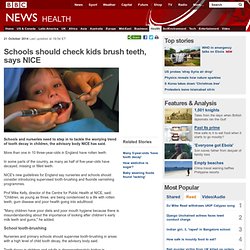 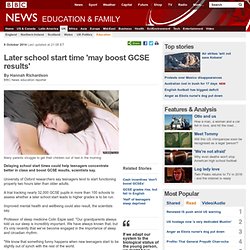 University of Oxford researchers say teenagers tend to start functioning properly two hours later than older adults. A trial tracking nearly 32,000 GCSE pupils in more than 100 schools to assess whether a later school start leads to higher grades is to be run. Improved mental health and wellbeing could also result, the scientists say. Continue reading the main story. How can headteachers and leaders promote staff wellbeing? I have been a headteacher for nine years and at the age of 48 this much I know about staff wellbeing … Right now, keeping the fear factor outside the school gates is very difficult. 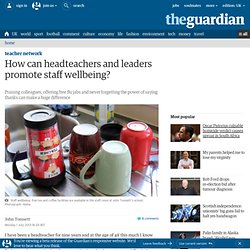 I try hard to resist the climate of fear this government has so effectively crafted, yet I can feel it seeping into the staff room like chlorine gas. The attack on the profession is orchestrated and relentless, and headteachers are the single most important defence against the coalition's bombardment. What we have to do is relentlessly exhibit behaviours which are supportive and creative, not penal and reductive, especially during this period of industrial action. With immense irony, we need to behave like we're all in this together.

You won't ever get it all right when it comes to looking after colleagues. The best thing for students is a happy, motivated staff.