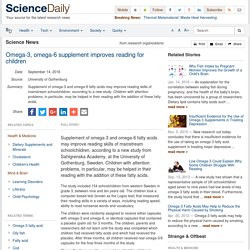 Children with attention problems, in particular, may be helped in their reading with the addition of these fatty acids. The study included 154 schoolchildren from western Sweden in grade 3, between nine and ten years old. The children took a computer-based test (known as the Logos test) that measured their reading skills in a variety of ways, including reading speed, ability to read nonsense words and vocabulary. The children were randomly assigned to receive either capsules with omega-3 and omega-6, or identical capsules that contained a placebo (palm oil) for 3 months. The children, parents and researchers did not learn until the study was completed which children had received fatty acids and which had received the placebo. Broccoli v. French fries: Appealing to teens' impulse to rebel can curb unhealthy eating.

It's no secret that the adolescent years can be challenging: young teens have a heightened sensitivity to perceived injustice and react against authority. 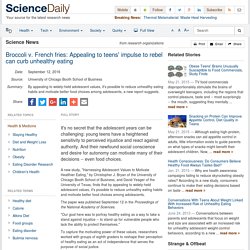 And their newfound social conscience and desire for autonomy can motivate many of their decisions -- even food choices. A new study, "Harnessing Adolescent Values to Motivate Healthier Eating," by Christopher J. Bryan of the University of Chicago Booth School of Business, and David Yeager of the University of Texas, finds that by appealing to widely-held adolescent values, it's possible to reduce unhealthy eating habits and motivate better food choices among adolescents. The paper was published September 12 in the Proceedings of the National Academy of Sciences. 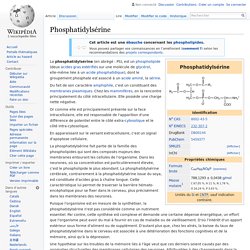 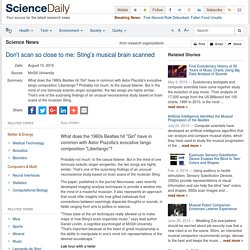 Declining dopamine may explain why older people take fewer risks. Older people are less willing to take risks for potential rewards and this may be due to declining levels of dopamine in the brain, finds a new UCL study of over 25,000 people funded by Wellcome. 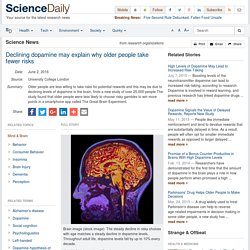 The study, published in Current Biology, found that older people were less likely to choose risky gambles to win more points in a smartphone app called The Great Brain Experiment. However, they were no different to younger participants when it came to choosing risky gambles to avoid losing points. It is widely believed that older people don't take risks, but the study shows exactly what kind of risks older people avoid. The steady decline in risky choices with age matches a steady decline in dopamine levels.

Telomere extension turns back aging clock in cultured human cells, study finds. A new procedure can quickly and efficiently increase the length of human telomeres, the protective caps on the ends of chromosomes that are linked to aging and disease, according to scientists at the Stanford University School of Medicine. 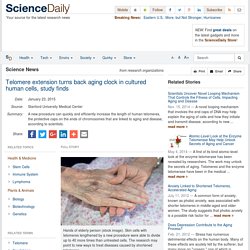 Treated cells behave as if they are much younger than untreated cells, multiplying with abandon in the laboratory dish rather than stagnating or dying. The procedure, which involves the use of a modified type of RNA, will improve the ability of researchers to generate large numbers of cells for study or drug development, the scientists say. Skin cells with telomeres lengthened by the procedure were able to divide up to 40 more times than untreated cells. The pleasures and perils of protein: Fruit fly study reveals new clues to appetite and aging: First evidence that serotonin plays a role in guiding food choices and may influence lifespan.

Fruit flies with better sex lives live longer. Sex may in fact be one of the secrets to good health, youth and a longer life -- at least for fruit flies -- suggests a new University of Michigan study that appears in the journal Science. 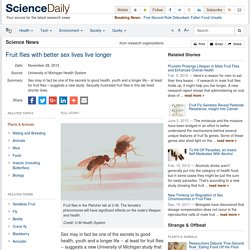 Male fruit flies that perceived sexual pheromones of their female counterparts -- without the opportunity to mate -- experienced rapid decreases in fat stores, resistance to starvation and more stress. The sexually frustrated flies lived shorter lives. Mating, on the other hand, partially reversed the negative effects on health and aging. "Our findings give us a better understanding about how sensory perception and physiological state are integrated in the brain to affect long-term health and lifespan," says senior author Scott D. Pletcher, Ph.D, professor in the Department of Molecular and Integrative Physiology at the U-M Medical School and research professor at the U-M Geriatrics Center. To kill off parasites, an insect self-medicates with alcohol. Alcoholic drinks aren't generally put into the category of health food, but in some cases they might be just the cure for nasty parasites. 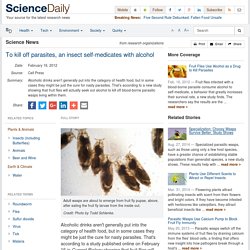 That's according to a study published online on February 16 in Current Biology showing that fruit flies will actually seek out alcohol to kill off blood-borne parasitic wasps living within them. The discovery offers some of the first evidence that alcohol might be used to fight infection, the researchers say. Sex-deprived fruit flies turn to alcohol, perhaps to fulfill a physiological demand for a reward. After being deprived of sex, male fruit flies, known as Drosophila melanogaster, may turn to alcohol to fulfill a physiological demand for a reward, according to a study recently published in the journal Science. 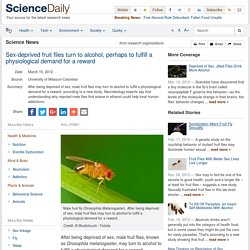 Troy Zars, an associate professor of biological sciences at the University of Missouri and neurobiology expert, said that understanding why rejected male flies find solace in ethanol could help treat human addictions. "Identifying the molecular and genetic mechanisms controlling the demand for reward in fruit flies could potentially influence our understanding of drug and alcohol abuse in humans, since previous studies have detailed similarities between signaling pathways in fruit flies and mammals," Zars said. In the study, male fruit flies that had mated repeatedly for several days showed no preference for alcohol-spiked food. 101103171642. Positive psychological changes that occur during meditation training are associated with greater telomerase activity, according to researchers at the University of California, Davis, and the University of California, San Francisco. 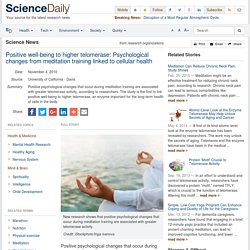 The study is the first to link positive well-being to higher telomerase, an enzyme important for the long-term health of cells in the body. 160204121956. Over the past decade, mindfulness meditation has been shown to improve a broad range of health and disease outcomes, such as slowing HIV progression and improving healthy aging. Yet, little is known about the brain changes that produce these beneficial health effects. New research from Carnegie Mellon University provides a window into the brain changes that link mindfulness meditation training with health in stressed adults. Published in Biological Psychiatry, the study shows that mindfulness meditation training, compared to relaxation training, reduces Interleukin-6, an inflammatory health biomarker, in high-stress, unemployed community adults.