How to Optimize Your Environment for Creativity with The Perfect Temperature, Lighting and Noise Levels. I’ve written about how creativity works in the brain before, and I found it really useful to understand this process. 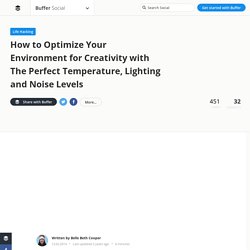 Or, I should say, multiple processes. There’s so much going on in the brain during creativity that science is still trying to pin down exactly how it all works. What we do know is which three parts of the brain work together to help us create and come up with new ideas: The Attentional Control Network helps us with laser focus on a particular task. It’s the one that we activate when we need to concentrate on complicated problems or pay attention to a task like reading or listening to a talk. The Imagination Network as you might have guessed, is used for things like imagining future scenarios and remembering things that happened in the past.

LOM - The Live Object Model Reference. What objects you find behind the Live API and what their structure, properties and functions are. 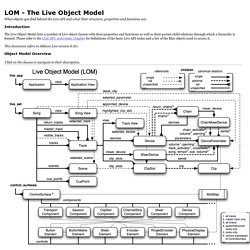 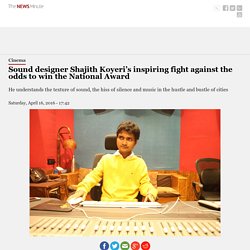 As the camera moves over the land, all one hears is the slow hiss of air, the ruffle of clothes of the actors and an uneasy pause that punctuates their speech. Sound hovers around the people on screen, and has a natural, yet distinct presence in the scene. Aaron Marks Special: So, You Want to Be a Sound Designer? People often ask why I’m a sound designer and how I ended up with an active career creating sounds. 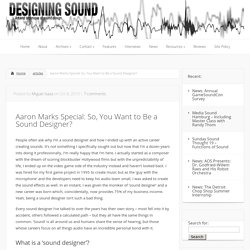 It’s not something I specifically sought out but now that I’m a dozen years into doing it professionally, I’m really happy that I’m here. I actually started as a composer with the dream of scoring blockbuster Hollywood films but with the unpredictability of life, I ended up on the video game side of the industry instead and haven’t looked back. I was hired for my first game project in 1995 to create music but as the ‘guy with the microphone’ and the developers need to keep his audio team small, I was asked to create the sound effects as well. Learywood – Audio & Game Programmer. 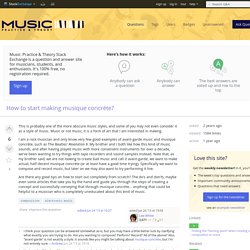 You can find more in-depth definitions here and here. Where to start? Before we can manipulate sounds, we need to record them. The Oxford Handbook of Computer Music - Google Books. Electronic and Computer Music - Peter Manning - Google Books. Playing with Something That Runs: Technology, Improvisation, and Composition ... - Mark J. Butler - Google Books. Composition - How to start making musique concrète? - Music: Practice & Theory Stack Exchange. Reddit Sound Community Subs List. I remember the first time I stumbled upon Reddit. 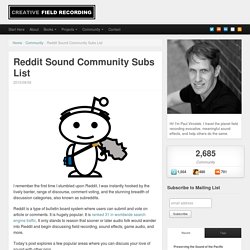 I was instantly hooked by the lively banter, range of discourse, comment voting, and the stunning breadth of discussion categories, also known as subreddits. Reddit is a type of bulletin board system where users can submit and vote on article or comments. It is hugely popular. It is ranked 31 in worldwide search engine traffic. It only stands to reason that sooner or later audio folk would wander into Reddit and begin discussing field recording, sound effects, game audio, and more.

Today’s post explores a few popular areas where you can discuss your love of sound with other pros. About Reddit Audio discussion on Reddit has a unique approach: Subreddits. Of course, many audio forums have similar feature. Game Audio Articles. Game Audio Articles Best Studio Microphones 2016 Best Studio Monitors 2016 Mac Audio Optimization Mixing On Headphones Mixing in Mono Pursuing a Career in Game Audio The 3 Levels of Game Audio Programming. 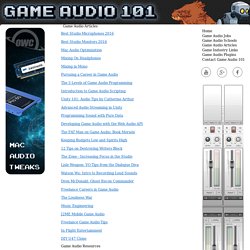 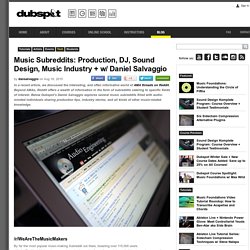 Beyond AMAs, Reddit offers a wealth of information in the form of subreddits catering to specific fields of interest. Below Dubspot’s Daniel Salvaggio explores several music subreddits filled with audio-minded individuals sharing production tips, industry stories, and all kinds of other music-related knowledge. /r/WeAreTheMusicMakers By far the most popular music-making Subreddit out there, boasting over 115,000 users. r/WeAreTheMusicMakers is a general music discussion forum for musicians of all levels, and conversations can range anywhere from gear to theory to performance and everything in between.