The Utopia at the End of the World. The robots revolt and kill us all. 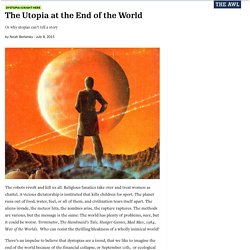 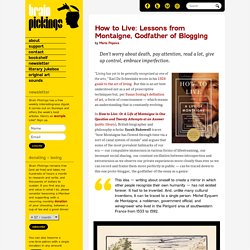 An Answer to the Novel’s Detractors. Less than a hundred years ago, D.H. 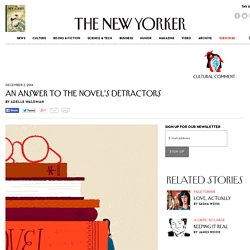 Lawrence called the novel “the highest form of human expression so far attained.” A Memoir Is Not a Status Update. In the middle of my writing day, I sometimes take a Facebook break. 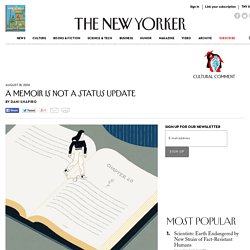 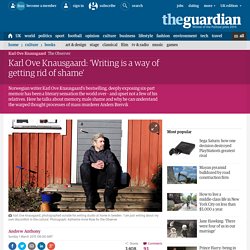 Newyorker. My Chinese censor is Zhang Jiren, an editor at the Shanghai Translation Publishing House, and last September he accompanied me on a publicity tour. 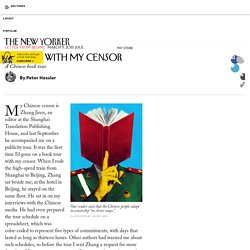 It was the first time I’d gone on a book tour with my censor. The 100 best novels: No 76 – On the Road by Jack Kerouac (1957) In 1855, a young American poet named Walt Whitman announced, with typical gusto, that “the United States themselves are essentially the greatest poem”, and made good on this claim in a landmark collection of poems, Leaves of Grass, transforming America’s literary imagination for ever. 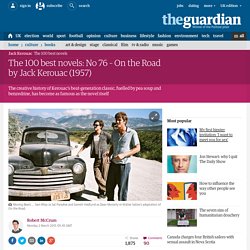 When, exactly 100 years later, Jack Kerouac began to hammer out the typescript of his own masterpiece, he was consciously responding to Whitman’s challenge “to express the inexpressible”. This would become Kerouac’s lifelong ambition and it expressed itself as On the Road. The book would be an ur-text for the James Dean decade.

Leo Johnson: making wine turned our street into a community. • Does Brad Pitt and Angelina Jolie's wine taste any good? 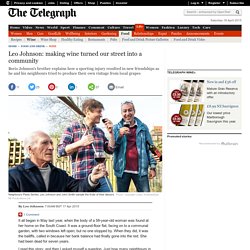 Now my north-west London borough of Brent, for all its charms, is better known in the guidebooks for its knife crime than its natural beauty. But I noticed there were trees in the vicinity. The Hunger Games, explained. The beginning of the end of the Hunger Games movie franchise arrives today. 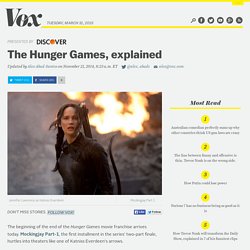 Mockingjay Part-1, the first installment in the series' two-part finale, hurtles into theaters like one of Katniss Everdeen's arrows. It's been six years since readers — and then viewers — were first introduced to the "Girl on Fire," and in that time, Katniss and the franchise have become household names. But maybe you're just getting into The Hunger Games. That's cool — and you have some awesome books and movies to catch up with. 30 Amazing Stanley Kubrick Cinemagraphs. Stanley Kubrick was devoted to images, telling his stories as visually as possible. 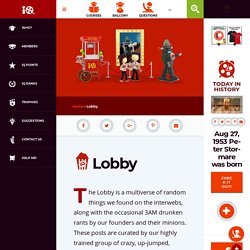 Kurt Vonnegut’s 8 Tips on How to Write a Great Story. By Maria Popova The year of reading more and writing better is well underway with writing advice the likes of David Ogilvy’s 10 no-bullshit tips, Henry Miller’s 11 commandments, Jack Kerouac’s 30 beliefs and techniques, John Steinbeck’s 6 pointers, and various invaluable insight from other great writers. Now comes Kurt Vonnegut (November 11, 1922–April 11, 2007) — anarchist, Second Life dweller, imaginary interviewer of the dead, sad soul — with eight tips on how to write a good short story, narrated by the author himself.

Jean-Luc Godard. Jean-Luc Godard (French: [ʒɑ̃lyk ɡɔdaʁ]; born 3 December 1930) is a French-Swiss film director, screenwriter and film critic. He is often identified with the 1960s French film movement La Nouvelle Vague, or "New Wave". Like his New Wave contemporaries, Godard criticized mainstream French cinema's "Tradition of Quality", which "emphasized craft over innovation, privileged established directors over new directors, and preferred the great works of the past to experimentation. " To challenge this tradition, he and like-minded critics started to make their own films. Many of Godard's films challenge the conventions of traditional Hollywood in addition to French cinema.[3] He is often considered the most radical French filmmaker of the 1960s and 1970s.

Several of his films expressed his political views. Early life[edit] Early career (1950–59)[edit] Film criticism[edit] Wim Wenders. Alongside filmmaking, Wenders works with the medium of photography, emphasizing images of desolate landscapes.[1][2] Early life[edit] Wenders was born in Düsseldorf into a traditional Catholic family. Quentin Tarantino. Early life[edit] Tarantino was born in Knoxville, Tennessee in 1963.[6] He is the son of actor and amateur musician Tony Tarantino and nurse Connie McHugh.[7][8] He has a younger half-brother named Ron.

Tarantino grew bored with the James Best Acting School and left after two years, although he kept in touch with all of his acting friends. He then landed a job which threatened to interfere with his long-term acting ambitions.[17] As an employee of Video Archives, a now-defunct video rental store in Manhattan Beach, he and fellow movie enthusiasts (including Roger Avary) discussed cinema and customer video recommendations at length. He paid close attention to the types of films people liked to rent and has cited that experience as inspiration for his directorial career.[18] Tarantino has been quoted as saying: "When people ask me if I went to film school I tell them 'no, I went to films.