Is Grit Overrated? “Where does the power come from to see the race to its end?” 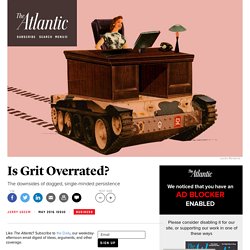 Asks the Scottish sprinter Eric Liddell in a scene from Chariots of Fire. His answer—“from within”—was until recently about as far as we’d come in understanding the roots of dogged persistence. Besides the famous “marshmallow test,” in which preschoolers who abstain from eating one get rewarded with two, measures of motivation have remained mushy.

Angela Duckworth says grit is the key to success in work and life. Is this a bold new idea or the latest self-help fad? Photo illustration by Natalie Matthews-Ramo. 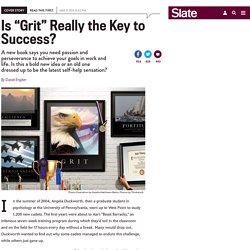 Photos by Thinkstock. In the summer of 2004, Angela Duckworth, then a graduate student in psychology at the University of Pennsylvania, went up to West Point to study 1,200 new cadets. The first-years were about to start “Beast Barracks,” an infamous seven-week training program during which they’d toil in the classroom and on the field for 17 hours every day without a break. Many would drop out. Is grit the true secret of success? When Angela Duckworth was growing up, her dad often applied the word genius to his daughter. 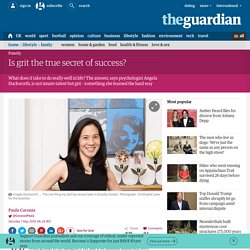 He did it at random moments, over dinner, watching TV or reading the newspaper, and the sentence was always the same: “You’re no genius!” Duckworth’s older sister and brother got it too. How to Get More Grit in Your Life - Freakonomics Freakonomics. Srinath Mahankali, 12, is headed to the Scripps National Spelling Bee. 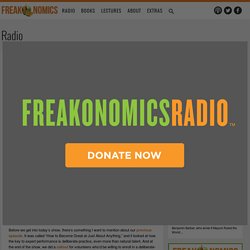 How’d he get there? G-R-I-T. (photo: Chip Somodevilla/Getty Images) Our latest Freakonomics Radio episode is called “How to Get More Grit in Your Life.” (You can subscribe to the podcast at iTunes or elsewhere, get the RSS feed, or listen via the media player above.) The psychologist Angela Duckworth argues that a person’s level of stick-to-itiveness is directly related to their level of success. Below is a transcript of the episode, modified for your reading pleasure. Angela Lee Duckworth: The key to success? Grit. Angela Duckworth. Jerry Carmona - Francince Christophe. How to sneeze in Japanese. LOL (or, as they say in Indonesia, wkwkwk) “I want Meryl Streep crying in five different accents.” 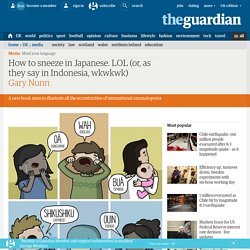 The Day. Form Time is the most undervalued and under-resourced part of school life. 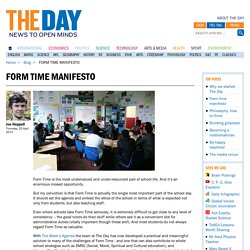 General Election 2015 Explained Through Game Of Thrones Characters. How two minutes of mindfulness can calm a class and boost attainment. Buddhists have practised mindfulness for more than 2,000 years, but the technique of focusing on the present moment has long been dismissed by scientists as new age mumbo jumbo. 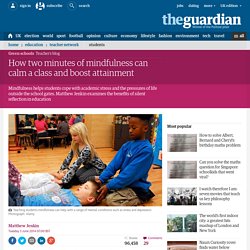 Now, though, the West is finally waking up to the benefits of Eastern meditation and schools are discovering a daily dose of silent reflection can not only calm a classroom but may improve academic performance. In recent years, medical science has discovered the extent to which mindfulness can help treat a range of mental conditions, from stress to depression. While most studies have focused on adults, new research shows mindfulness can improve the mental, emotional, social and physical health and wellbeing of young people. Incredibly, neuroscientists have found that long-term practice alters the structure and function of the brain to improve the quality of both thought and feeling. Team building games, business games and activities for team building, training, management, motivation, kids activities and childrens party games. 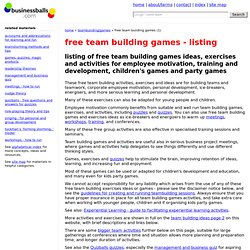 10 Life Lessons I Learned from Surviving My 20s. Dan Willingham - on Critical Thinking. Wason selection task. Each card has a number on one side, and a patch of color on the other. 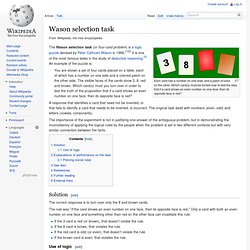 Which card(s) must be turned over to test the idea that if a card shows an even number on one face, then its opposite face is red? The Wason selection task (or four-card problem) is a logic puzzle devised by Peter Cathcart Wason in 1966.[1][2] It is one of the most famous tasks in the study of deductive reasoning.[3] An example of the puzzle is: Resources and Downloads for Teaching Critical Thinking. Tips for downloading: PDF files can be viewed on a wide variety of platforms -- both as a browser plug-in or a stand-alone application -- with Adobe's free Acrobat Reader program. 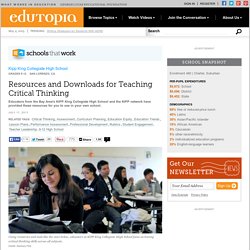