Math Shorts - Planet Nutshell. Games. PD Packs — Learn Desmos. MATH JUST GOT REAL: QUADRATIC FUNCTIONS - ALGEBRA AND BEYOND. Bloom's Digital Taxonomy Verbs. When using Bloom’s Digital Taxonomy (a revised take on Bloom’s devised by educator Andrew Churches), it helps to have a list of verbs to know what actions define each stage of the taxonomy. This is useful for lesson planning, rubric making, and any other teacher-oriented task requiring planning and assessment strategies. The Bloom’s Digital Taxonomy verbs in this handy infographic apply specifically to each stage of the taxonomy.

They progress from LOTS (lower-order thinking skills) to the HOTS (higher-order thinking skills). According to Churches on his wiki Edorigami, “Bloom’s Revised Taxonomy describes many traditional classroom practices, behaviours and actions, but does not account for the new processes and actions associated with Web 2.0 technologies …” This means the verbs listed below are applicable to facilitating technology use in the modern classrooms.

An Educator’s Guide to the “Four Cs” Preparing 21st Century Students for a Global Society Found In: teaching strategies All educators want to help their students succeed in life. 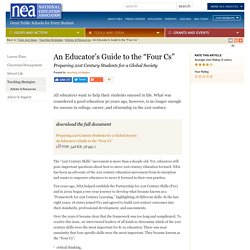 What was considered a good education 50 years ago, however, is no longer enough for success in college, career, and citizenship in the 21st century. The “21st Century Skills” movement is more than a decade old. Yet, educators still pose important questions about how to move 21st century education forward. Ten years ago, NEA helped establish the Partnership for 21st Century Skills (P21) and in 2002 began a two-year journey to develop what became known as a “Framework for 21st Century Learning,” highlighting 18 different skills. Over the years it became clear that the framework was too long and complicated. Critical thinking, communication, collaboration, and creativity. Now the challenge is building the “Four Cs” into K-12 education. Teacher Talk: PicCollage in the Classroom – PicCollage. When we created PicCollage, we thought it would mainly be used as a digital alternative to scrap-booking, allowing users to capture their memories in unique, creative ways. 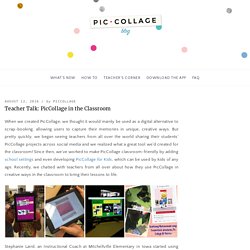 But pretty quickly, we began seeing teachers from all over the world sharing their students’ PicCollage projects across social media and we realized what a great tool we’d created for the classroom! Since then, we’ve worked to make PicCollage classroom-friendly by adding school settings and even developing PicCollage for Kids, which can be used by kids of any age.

Recently, we chatted with teachers from all over about how they use PicCollage in creative ways in the classroom to bring their lessons to life. Stephanie Laird, an Instructional Coach at Mitchellville Elementary in Iowa started using PicCollage three years ago as a way for students to document their learning and demonstrate their understanding. Tools. JeopardyLabs - Online Jeopardy Template. ShowMe - The Online Learning Community. Calculus 1.1b - Tangents and Max Min Problems. PatrickJMT. Find the Domain and Range from a Graph. Parts and theorems of Circles - Dr. Branan's Math Page. Draw a circle with a radius on a map. Frayer Model-Vocabulary Study Google Doc! Frayer Model-Vocabulary Study Google Doc! 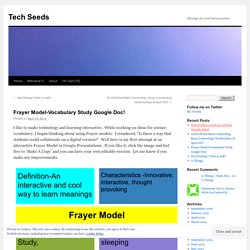 I like to make technology and learning interactive. While working on ideas for science vocabulary, I began thinking about using Frayer models. I wondered, “Is there a way that students could collaborate on a digital version?” Well here is my first attempt at an interactive Frayer Model in Google Presentations. If you like it, click the image and feel free to ‘Make A Copy’ and you can have your own editable version. Click the picture and it will take you to the Google Doc: Like this: Like Loading... About wmartin4 I’m a husband, father of three, fifth grade teacher, writer, blogger, guitarist, drummer, staff camp director, rogue tech trainer, and a watcher of sunsets. Thinking Blocks Ratios. How many ways are there to prove the Pythagorean theorem? - For more proofs of the Pythagorean theorem, including the one created by former U.S. 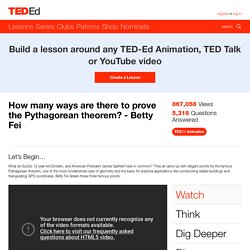 Desmos Classroom Activities. Beautiful, Free Math. Number Line by the Math Learning Center. How to Use an Interactive Number Line.