Treasure Island and other Piratey links

Real Pirates - Facts about Real and Fictional Pirates. Bahamas / Pirates of the Caribbean / Blackbeard. Anne Bonny Some call her a feminist who chose piracy as way of rebelling against a male-dominated world; others portray her as a tomboy who never grew up. 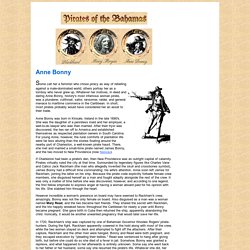 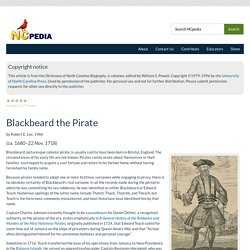 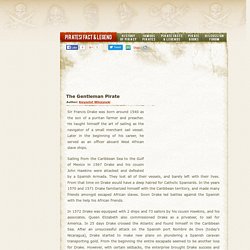 He taught himself the art of sailing as the navigator of a small merchant sail vessel. Later in the beginning of his career, he served as an officer aboard West African slave ships. Bahamas / Pirates of the Caribbean / Blackbeard. Grace O'Malley - Notable Women Ancestors. Contributed by Judy Staley Grace O'Malley (also called Granuaile) was a famous pirate, seafarer, trader and chieftain in Ireland in the 1500's. 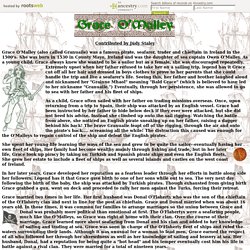 She was born in 1530 in County Mayo, Ireland and was the daughter of sea captain Owen O'Malley. As a young child, Grace always knew she wanted to be a sailor but as a female, she was discouraged repeatedly. Extremely upset when her father refused to take her on a sailing trip, legend has it Grace cut off all her hair and dressed in boys clothes to prove to her parents that she could handle the trip and live a seafarer's life. The History of Maritime Piracy - Jean Laffite, Enigma and Legend. Jean Laffite first appeared in New Orleans in 1803, but where was he born? 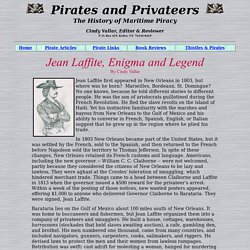 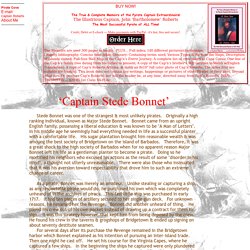 Originally a high ranking individual, known as Major Stede Bonnet. Bonnet came from an upright English family, possessing a liberal education & was known to be "A Man of Letters". Treasure Island. Treasure Island.