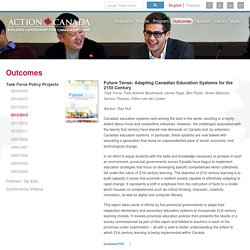 However, the challenges associated with the twenty-first century have placed new demands on Canada and, by extension, Canadian education systems. In particular, these systems are now tasked with educating a generation that faces an unprecedented pace of social, economic, and technological change. In an effort to equip students with the skills and knowledge necessary to prosper in such an environment, provincial governments across Canada have begun to implement education strategies that focus on developing specific competencies which collectively fall under the rubric of 21st century learning. Download PDF Télécharger le PDF. History, Travel, Arts, Science, People, Places. How Finland broke every rule — and created a top school system. Spend five minutes in Jussi Hietava’s fourth-grade math class in remote, rural Finland, and you may learn all you need to know about education reform – if you want results, try doing the opposite of what American “education reformers” think we should do in classrooms. 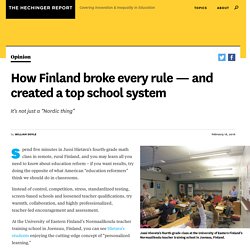 Instead of control, competition, stress, standardized testing, screen-based schools and loosened teacher qualifications, try warmth, collaboration, and highly professionalized, teacher-led encouragement and assessment. At the University of Eastern Finland’s Normaalikoulu teacher training school in Joensuu, Finland, you can see Hietava’s students enjoying the cutting-edge concept of “personalized learning.” Related: What high-performing countries have to teach us about teacher training But this is not a tale of classroom computers. While the school has the latest technology, there isn’t a tablet or smartphone in sight, just a smart board and a teacher’s desktop. Related: Ranking countries by worst students. 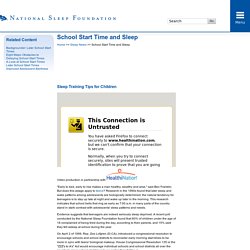 But does this adage apply to teens? Research in the 1990s found that later sleep and wake patterns among adolescents are biologically determined; the natural tendency for teenagers is to stay up late at night and wake up later in the morning. This research indicates that school bells that ring as early as 7:00 a.m. in many parts of the country stand in stark contrast with adolescents' sleep patterns and needs. Evidence suggests that teenagers are indeed seriously sleep deprived. On April 2 of 1999, Rep.

"I hope this is a wake up call to school districts and parents all over this country," said Lofgren. "Over time, sleep deprivation leads to serious consequences for academic achievement, social behavior, and the health and safety of our nation's youth," the Congresswoman added. Lofgren's work has continued. The Finnish National Board of Education - Education system. Equal opportunities to high-quality education The main objective of Finnish education policy is to offer all citizens equal opportunities to receive education. 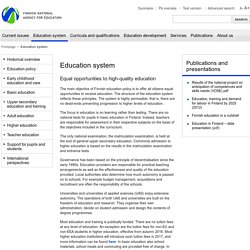 The structure of the education system reflects these principles. The system is highly permeable, that is, there are no dead-ends preventing progression to higher levels of education. The focus in education is on learning rather than testing. There are no national tests for pupils in basic education in Finland. The only national examination, the matriculation examination, is held at the end of general upper secondary education. Governance has been based on the principle of decentralisation since the early 1990s. Universities and universities of applied sciences (UAS) enjoy extensive autonomy. What’s standing in the way of change in education? What’s standing in the way of change in education? 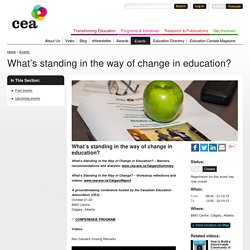