Matthew Scott Cinematography Blog. Behind One Pixel Brush: Creating High-end Concept Art. April 20, 2015 5:00 am Dan LeFebvre This is the conclusion of our three part series going behind the scenes of the concept art studio, One Pixel Brush, as told by its Art Director and Co-Founder, Shaddy Safadi. 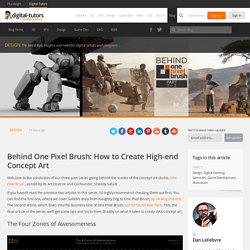 Welcome to the conclusion of our three-part series going behind the scenes of the concept art studio, One Pixel Brush, as told by its Art Director and Co-Founder, Shaddy Safadi. Nie musisz być najlepszy - Coaching Focus.pl. FAQ co i jak, czyli co trzeba wiedzieć kupując monitor - Monitory i projektory - forum.benchmark.pl. Character Illustration for Film - CGMA 2D Academy. How to Create a Game Character That Doesn't Suck. Siggraph 2014 Rewind. Jean “Moebius” Giraud on drawing from the work of other artists, from life, and from photos… — via — [KIM] THOMPSON: You attended art school, right? 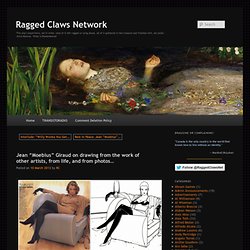 [JEAN] GIRAUD: Yes. I began as a self-taught artist, copying other artists; then, luckily, I entered an art school, which freed up my hand and opened my eyes to a degree. It’s very dangerous to work only second-hand — referring only to other artists, that is. My teachers were of the old school: they insisted that in order to transcribe reality with any degree of freshness or personality, the eye had to be confronted with the three-dimensional image. SOURCE: Jean Giraud, “The Other Side of Moebius,” interview by Kim Thompson, The Comics Journal #118 (December 1987), pp. 85-105. Brandon Graham > That elephant rumble — a loose, baggy monster of a blog post that includes two pages from National Geographic displayed alongside two pages by Moebius (see also below). kiCswiLA? 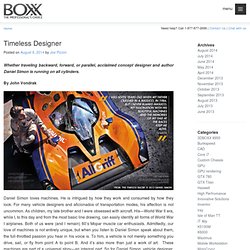 By John Vondrak Daniel Simon loves machines. He is intrigued by how they work and consumed by how they look. For many vehicle designers and aficionados of transportation modes, his affection is not uncommon. As children, my late brother and I were obsessed with aircraft. Born in Germany, Simon began his professional career as a designer at Volkswagen and Bugatti. A Terrifying Beauty – the Art of Piotr Forkasiewicz > Vintage Wings of Canada. By Dave O'Malley In the black of night of 8 June 1944, two days after the D-Day invasions of Normandy, the dark hulk of a four-engined Lancaster bomber of 15 Squadron, Royal Air Force, trailing a blow-torching curtain of livid flame, lurches heavily into a dive over the French countryside, a few miles to the west of Paris. 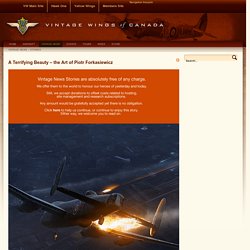 The flame is bright enough to illuminate the farms below in a pale and ghostly light. The big bomber is dying, her lifeblood streaming in angry, high octane sheets from her starboard wing fuel tanks. 100 lat klasycznej animacji. Historia Winsora McCaya. How Ferrari Spins. Ferrari's are built by a company that makes race cars. 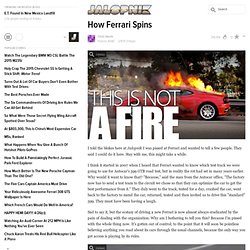 Race cars are tuned before every race for the track they're going to be running on. One would assume that every Ferrari built is made for driving on public roads which, last time I checked, didn't have hairpin turns or banked corners. If journalists were to test a Ferrari by driving around trying to pick up chicks then nothing would need to be done to the car. Ferrari engineers are merely tuning the cars to the expected driving situation, something any racing enthusiast can do on their own. Matt Rhodes: Concept Art – Behind the Scenes. The role of a Concept Artist is the role of an explorer, tasked with charting a world without sunlight. 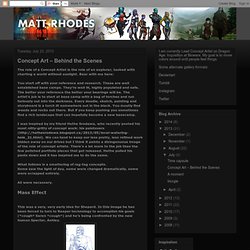 Bear with me here: You start off with your reference and research. These are well established base camps. They’re well lit, highly populated and safe. Howtonotsuckatgamedesign.com. The public perception of what concept art means is severely skewed. 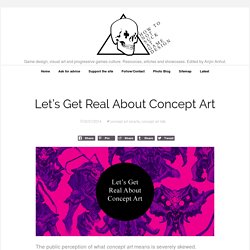 While I have to accept that people broadly label art created for games and films concept art, including promotional illustrations, it is necessary to get real about what concept art as a craft actually is. My students and other young artist I talk to get presented with misleading standards for concept art, which feeds into insecurities and doubts. And that puts unnecessary roadblocks in their ways. Advice - www.artofben.com. BUSINESS TACTICS AND ADVICETactics companies will use to get you to work for less and take advantage of you, things that i had to learn the hard way. 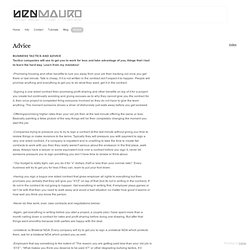 Learn from my mistakes! -Promising housing and other benefits to lure you away from your job then backing out once you get there or last minute. Talk is cheap, if it is not written in the contract don't expect it to happen. How Do You Design The Future? Ask Syd Mead. Remember when you were 10 and all the cars you drew could fly, the wheels were bigger than the doors and you thought a robot would be serving you breakfast by the age of 15? 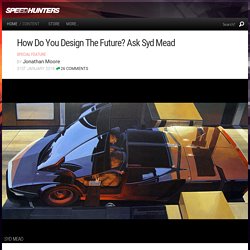 An interview with artist Sergi Brosa. Hi Sergi could you give our readers an introduction to who you are and what you do? 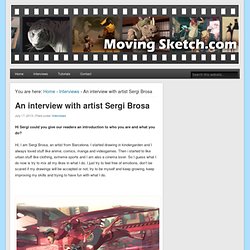 Hi; I am Sergi Brosa, an artist from Barcelona. I started drawing in kindergarden and I always loved stuff like anime, comics, manga and videogames. Then i started to like urban stuff like clothing, extreme sports and I am also a cinema lover. Cinematographer Roger Deakins Shares 25 Pieces of Juicy Filmmaking Knowledge. Is it really worth my time to give Roger Deakins an introduction?

Surely you already know him as the talented cinematographer behind films like The Shawshank Redemption, A Beautiful Mind, and almost every Coen Brothers film since Fargo. And by now, as a fan of filmmaking and a filmmaker, you’ve discovered that when Deakins talks, what comes out is a treasure trove of wisdom — only overshadowed by answers so candid and honest that his responses are more engaging than many movies themselves.

Muzeum Wojska Polskiego w Warszawie. The Making of a Cover: Photographer & Illustrator. Welcome to the most in-depth, behind-the-scenes, play-by-play account of how a cover is born, from the point of view of the Art Department. We’re charting the conception and birth of the Shadowdance series by David Dalglish. So far we have talked about the first real step of a book, Acquisition, and then what goes into Cover Briefing. Creativity 101: Harnessing the power of students' imaginations. Photographs by Chris Hatcher, PHOT ’05 In 30 minutes, visualize your creative process and recreate it using an 8-and-a-half-by-11 sheet of paper.

This is the first assignment in Creative Strategies, a popular undergraduate Product Design course taught by instructor Fridolin “Frido” Beisert PROD 98, INDU 08, faculty director of Art Center’s Product Design Department. All 14 students accept the challenge. Walking to the front of the classroom, they each select a single sheet of colored construction paper and take a seat along the row of bare metal tables. Wait but why: Putting Time In Perspective. Humans are good at a lot of things, but putting time in perspective is not one of them. It’s not our fault—the spans of time in human history, and even more so in natural history, are so vast compared to the span of our life and recent history that it’s almost impossible to get a handle on it. If the Earth formed at midnight and the present moment is the next midnight, 24 hours later, modern humans have been around since 11:59:59pm—1 second.