A Brief History of Roman Britain - Joan P. Alcock. The London Encyclopaedia (3rd Edition) - Christopher Hibbert, Ben Weinreb, John Keay, Julia Keay. Diana Ambulance Delay. Service stopped - same happened in 911...."Anger of survivors told to stay inside blazing towers. There was rising anger across downtown Manhattan yesterday as more and more stories from survivors of Tuesday's assault converged on the horrific truth: that staff had been instructed to remain - or even return - inside No 2 World Trade Centre after the first tower had been hit and was in flames. 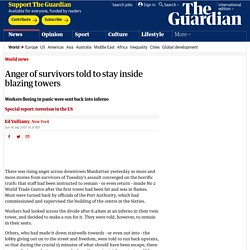 Most were turned back by officials of the Port Authority, which had commissioned and supervised the building of the centre in the Sixties. Workers had looked across the divide after 8.48am at an inferno in their twin tower, and decided to make a run for it. Ambulance chief admits it took too long to get into London Bridge attack - IDENTICAL to Diana death, Grenfell Tower, 911 firefighters saying stay put. Ambulance chiefs today admitted it took too long to get into the London Bridge terror attack 'hot zone' after evidence suggested two victims could have been saved if help had arrived sooner. 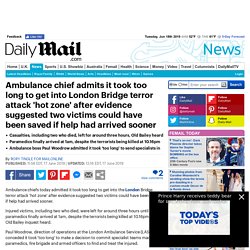 Injured victims, including two who died, were left for around three hours until paramedics finally arrived at 1am, despite the terrorists being killed at 10.16pm, the Old Bailey inquest heard. Paul Woodrow, direction of operations at the London Ambulance Service (LAS), conceded it took 'too long' to make a decision to commit specialist teams made up of paramedics, fire brigade and armed officers to find and treat the injured. 2017 London Bridge attack. Coordinates: 51°30′29″N 0°05′16″W﻿ / ﻿51.50806°N 0.08778°W﻿ / 51.50806; -0.08778 On 3 June 2017, a terrorist attack involving vehicle-ramming and stabbing took place in London, England. 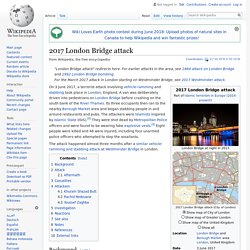 A van was deliberately driven into pedestrians on London Bridge before crashing on the south bank of the River Thames. Its three occupants then ran to the nearby Borough Market area and began stabbing people in and around restaurants and pubs. The attackers were Islamists inspired by Islamic State (ISIS).[8] They were shot dead by Metropolitan Police officers and were found to be wearing fake explosive vests.[9] Eight people were killed and 48 were injured, including four unarmed police officers who attempted to stop the assailants. The attack happened almost three months after a similar vehicle-ramming and stabbing attack at Westminster Bridge in London. Background[edit] In March, five people were killed in a combined vehicle and knife attack at Westminster.

"LONDINI AD FANUM ISIDIS"...or, 'To the... - Merovingians: The Once, The Present, & Future kings. Isis IS Victory goddess who IS Nike who IS Artemis who IS Mithras - as stated by Pike - so attack was AT Temple of Isis. 3 June - Bellona Festival - Roman War Goddess - Associated with Magna Mater. Direct link MM with Southwark Bridge - Phanes Bas Relief, Vintners Hall - from Greek Orphism - Sublime Orphic Doctor of MM. The "Protogonos Theogony" is known through the commentary in the Derveni papyrus and references in Empedocles and Pindar. 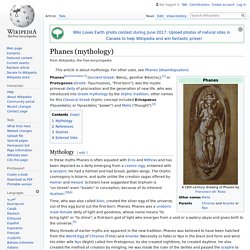 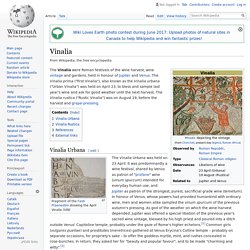 Vintry Ward, London - Southwark is part of Vintry - Venus, Vinalia. Vintry is one of the 25 wards of the City of London. 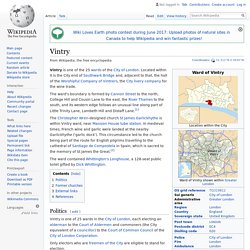 Located within it is the City end of Southwark Bridge and, adjacent to that, the hall of the Worshipful Company of Vintners, the City livery company for the wine trade. The ward's boundary is formed by Cannon Street to the north, College Hill and Cousin Lane to the east, the River Thames to the south, and its western edge follows an unusual line along part of Little Trinity Lane, Lambeth Hill and Distaff Lane.[1] The Christopher Wren-designed church St James Garlickhythe is within Vintry ward, near Mansion House tube station. Cressida, Masonic pun, whore of Babylon, Ishtar prostitution, brothels raided in the wake off attack. Cressida depicted by Thomas Kirk Cressida (/ˈkrɛsᵻdə/; also Criseida, Cresseid or Criseyde) is a character who appears in many Medieval and Renaissance retellings of the story of the Trojan War. 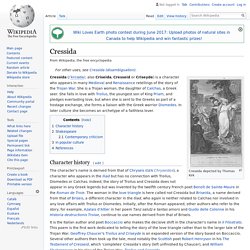 The Key - crashing into the steps of Southwark Cathedral - everyones missed it. How secret group Freemasons has kept grip on Britain for 200 years. The huge influence Freemasons had in ruling British society for almost 200 years has finally been revealed. 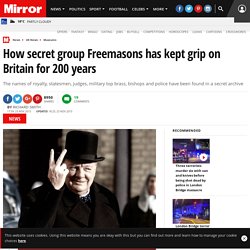 The names of royalty, statesmen, judges, military top brass, bishops and police have been found in a secret archive which lists two million Freemasons. The masonic records - from 1733 to 1923 - are set to be made available to the public for the first time. They show Kings Edward VII, Edward VIII and George VI were all Freemasons. Military leaders the Duke of Wellington and Lord Kitchener were also members of the clandestine group founded by a group of men in a London coffee house in 1717. Britain’s wartime Premier Sir Winston Churchill was also a Freemason along with literary greats Rudyard Kipling, Oscar Wilde and Sherlock Holmes creator Sir Arthur Conan Doyle.

Nancy Steps, Oliver Twist sacrifice, prwprogrammibg. London Bridge Attack. Nancy steps, Southwark. Eyewitness - ultimate destination, sacrifice on the steps of Southwark Cathedral, you cannot ae this up. A hero taxi driver has revealed how he tried to knock down three men armed with 12-inch hunting knives who reportedly stabbed pedestrians after mowing down up to 20 people with a white van on London Bridge. 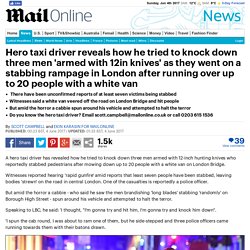 Witnesses reported hearing 'rapid gunfire' amid reports that least seven people have been stabbed, leaving bodies 'strewn' on the road in central London. One of the casualties is reportedly a police officer. But amid the horror a cabbie - who said he saw the men brandishing 'long blades' stabbing 'randomly' on Borough High Street - spun around his vehicle and attempted to halt the terror. Speaking to LBC, he said: 'I thought, "I'm gonna try and hit him, I'm gonna try and knock him down". 'I spun the cab round, I was about to ram one of them, but he side-stepped and three police officers came running towards them with their batons drawn.