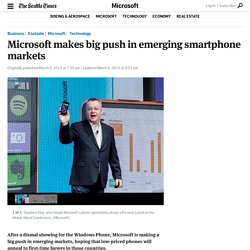 Seven months after shelling out $7.5 billion for Nokia’s mobile- phone unit, Microsoft put its stamp on the business, releasing the first phone to bear the Microsoft name in years. Where did Microsoft, the Redmond giant that makes most of its money in the U.S. and Europe, start its post-Nokia era? At a media event in New Delhi, India. In acquiring Nokia last year, former Microsoft Chief Executive Steve Ballmer arranged the marriage of two companies that badly lost in the race to sell the first billion smartphones. 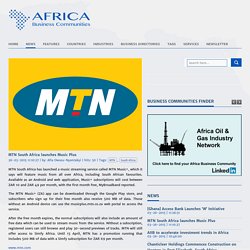 Available as an Android and web application, Music+ subscriptions will cost between ZAR 10 and ZAR 49 per month, with the first month free, MyBroadband reported. The MTN Music+ (ZA) app can be downloaded through the Google Play store, and subscribers who sign up for their free month also receive 500 MB of data. Those without an Android device can use the musicplus.mtn.co.za web portal to access the service. After the free month expires, the normal subscriptions will also include an amount of free data which can be used to stream music from the service. Without a subscription, registered users can still browse and play 30-second previews of tracks. ITV Choice to launch in Africa on DStv. ITV Choice to launch in Africa on DStv ITV-owned drama and entertainment channel, ITV Choice, is set to launch across Africa for the first time on MultiChoice-owned pay TV platform DStv. 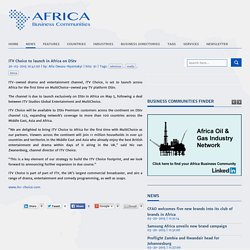 The channel is due to launch exclusively on DStv in Africa on May 5, following a deal between ITV Studios Global Entertainment and MultiChoice. ITV Choice will be available to DStv Premium customers across the continent on DStv channel 123, expanding network’s coverage to more than 100 countries across the Middle East, Asia and Africa. “We are delighted to bring ITV Choice to Africa for the first time with MultiChoice as our partners. 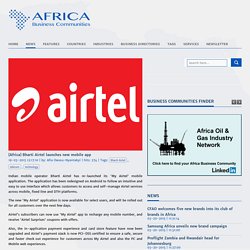 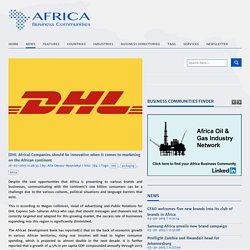 This is according to Megan Collinicos, Head of Advertising and Public Relations for DHL Express Sub-Saharan Africa who says that should messages and channels not be correctly targeted and adapted for this growing market, the success rate of businesses expanding into this region is significantly diminished. The African Development Bank has reported(1) that on the back of economic growth in various African territories, rising real incomes will lead to higher consumer spending, which is projected to almost double in the next decade.

East Africa home TV penetration reaches 23% at end of 2014. The five countries of the East African Community (EAC) had 33.61 million households and a household television penetration rate of 23 percent at the end of December 2014, said research firm Dataxis. 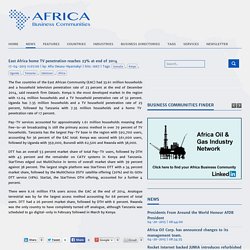 The Hype and Hustle of African Tech Startups. This article was originally published in SXSWorld Magazine Hardly a day goes by without an African tech startup being featured in the mainstream media. 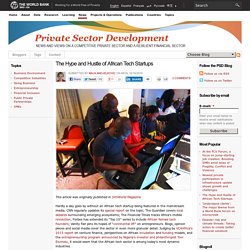 CNN regularly updates its special report on the topic; The Guardian covers local debates surrounding emerging ecosystems; The Financial Times tracks Africa’s mobile revolution; Forbes has extended its “Top 10” series to include African female tech founders; Vanity Fair pins its hopes of “continental lift” on entrepreneurs. Blogs, opinion pieces and social media cover the sector in even more granular detail. 5 ways Africa is looking forward with technology. Over half a billion Africans will take mobile phone subscriptions in the next five years, says the GSMA – no wonder, then, that Africa is known for innovation in mobile payments, but tech innovation on the continent doesn’t stop there: 1. building infrastructure Infrastructure is essential if Africa is going to access the opportunities of digital transformation. 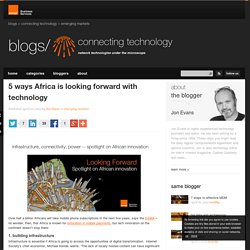 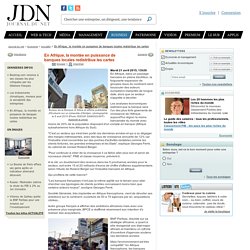 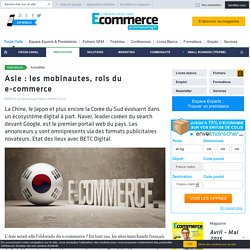 The $30 million injection of capital has come from Catcha itself, and PLDT, a telecom conglomerate in the Philippines. The money will go towards bringing the service to more countries in Southeast Asia, increasing its catalog — which iFlix pegs at a vague “over 10,000 hours of content” — and financing a marketing push. Interestingly, iFlix said also that it will use the funds to “produce original programming.” That’s something that Netflix has done with great success, and with industry accolades to boot.