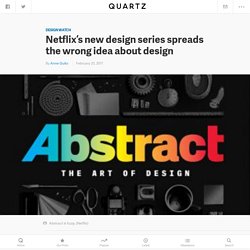 Design is the animating force behind brands, buildings and interfaces, and so an engrossing series that explains to a general audience what actually goes on behind the scenes was long overdue. Many designers hoped that Netflix’s Abstract: The Art of Design (released Feb. 10) would do for design what Chef’s Table did for food: Through a series of beautifully shot (if at times overly dramatized) profiles, Chef’s Table gave viewers a global sampler of the most creative minds working in the culinary industry. But after a fortnight of trudging through the first season’s eight 40-minute episodes, I found Abstract puzzling and on the whole, tedious. Top 50 Sketch Websites & Blogs For Sketchers & Artists. Top 50 Sketch blogs Best Sketch Blogs List The Best Sketch blogs from thousands of top Sketch blogs in our index using search and social metrics. 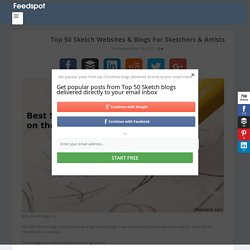 Data will be refreshed once a week. 2017 Will Be One of the Busiest Years for Art. 2017 is finally upon us. 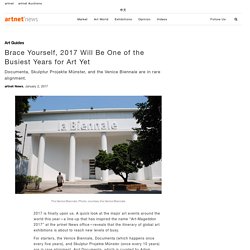 A quick look at the major art events around the world this year—a line-up that has inspired the name “Art-Mageddon 2017” at the artnet News office—reveals that the itinerary of global art exhibitions is about to reach new levels of busy. For starters, the Venice Biennale, Documenta (which happens once every five years), and Skulptur Projekte Münster (once every 10 years) are in rare alignment. And Documenta, which is curated by Adam Szymczyk, will take place in two different countries. This year will also see the launch of a slew of biennials and triennials, including the Garage Triennale in Moscow, the ARoS Triennial in Aarhus, Denmark, Pakistan’s Lahore Biennale, and the Kathmandu Triennale in Nepal, to name a few. From the world’s (quite literally) hottest event to the coldest, 2017 is bringing us some of the most exciting and highly anticipated art exhibitions of the decade. 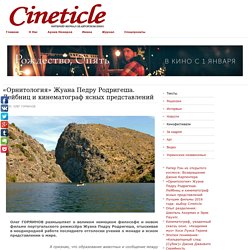 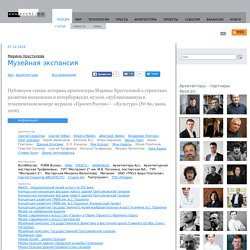 Klaus Biesenbach Recalls the Founding of KW in Berlin 25 Years ago, a Moment ... Exterior view of KW, Berlin in spring 1991. 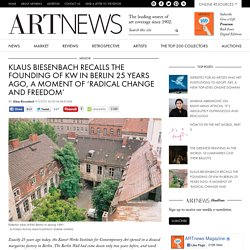 Exactly 25 years ago today, the Kunst-Werke Institute for Contemporary Art opened in a disused margarine factory in Berlin. The Berlin Wall had come down only two years before, and word had spread quickly that the city was becoming a fertile ground for artists. “It was a pivotal, unique moment, the point after a moving and peaceful revolution,” Klaus Biesenbach, one of KW’s founders, told me recently. Volume 14 2016. 101 books about where and how we live - Curbed. We asked our editors to choose a story that helped them to understand a place. 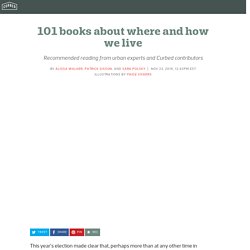 We tapped a handful of authors, many of whom have works included on this list, to pass along their recommendations as well. And even though there’s so much to read on these topics at each tap of a finger, we specifically chose books as our medium because they are forged from heavily reported and researched facts, stuff that’s frankly much harder to come across in a post-truth era. This isn’t necessarily the same-old list of famous urbanism books, although plenty of them are represented here. These are books about making cities, but also books about how cities have made us, whether it’s our own hometown or somewhere on the other side of the planet. 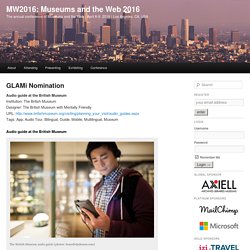 It replaced an ageing guide that had been in place since 2009. We are proud of this product because it does exactly what visitors want from an audio guide – we know because we asked them. Visitors were at the heart of every design decision. It is also a major leap forward in the way the Museum runs its audio guide business. Why is it great? Clear vision This product is an audio guide that feels at home amongst the slickly designed, sophisticated apps visitors have on their smartphones. A team member interviews a potential audio guide user. An audio state of mind: Understanding behaviour around audio guides and visitor media. Shelley Mannion, The British Museum, UK, Amalia Sabiescu, RMIT Europe, Spain, William Robinson, British Museum, UK Abstract It is a transitional moment for one of the British Museum's flagship products: the permanent collection audio guide. 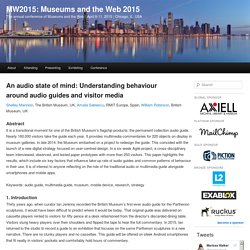 Nearly 160,000 visitors take the guide each year. How are museums using mobile? This is the second time the Museums Association has carried out a survey of how museums in the UK are using mobile technology – in 2012, it partnered with Fusion Research + Analytics and members of the American Alliance of Museums (then the American Association of Museums). 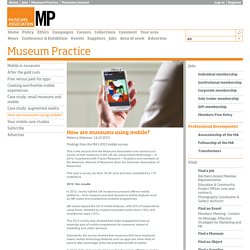 This year’s survey ran from 16-28 June and was completed by 175 institutions. 2012: the resultsIn 2012, nearly half the UK museums surveyed offered mobile platforms – from museum-provided devices to mobile features such as QR codes and smartphone-enabled programmes. QR codes topped the list of mobile features, with 22% of respondents using these, followed by museum-provided audio tours (18%) and smartphone apps (12%). Marketing The Freedom Tour: A Mobile App Case Study. By Dina Bailey, Richard Cooper and Jamie Glavic The National Underground Railroad Freedom Center, hereafter referred to as the Freedom Center, is a museum of conscience. It is an institution that challenges visitors to embrace their common humanity and realize the power an individual can have in advancing the cause of freedom for all people. The Freedom Center pursues this ambitious goal through stories. Storytelling, in fact, is an integral part of the Freedom Center’s mission: Creativity and Technology: Social Media, Mobiles & Museums - MuseumsEtc Ltd.

Presented by leading thinkers and museum experts, the papers provide an incisive, up-to-the-minute analysis of trends in the use of mobile devices by museum audiences, with a special focus on outreach efforts to under-served communities. Among the many important contemporary issues covered in this publication are: How social networking and mobility tools can help museums connect with their audiences.Assessments of current tools and systems.How these tools can help enrich and extend the learning experience.The principles that guide new social media applications.How to integrate social media applications into contemporary museum practice.What the future holds for mobile media devices and social networking in the museum setting.Data-driven analyses of developments in the field.Insightful distillations of museum experiences to date.Forecasts of trends and developments “just around the corner”.

ForewordDr Emlyn Koster, President & CEO, Liberty Science Center ConclusionJames E. FN7-full. MastenicaEN. Konf mp13. 2008maculanLphd. Podcasting And Museums - Shock And Awe Or New Opportunities? Mark Thompson: Web 2.0 could be 'disruptive'. Lena Maculan kicks off a new analytical thread of content on 24 Hour Museum with a look at podcasting in the cultural world. We're in the grip of a new wave of online technology and there is a big shock coming. The current developments online 'will be fundamentally disruptive, and the foundations on which much of traditional media is built may be swept away entirely.' This is what Mark Thompson, director-general of the BBC, said in his April 2006 Creative Futures speech.

He was referring to recent developments in digital media, the new wave of the web commonly called Web 2.0. Podcasting: Furthering an Institution's Educational Mission. Podcasting Note: TFAO is not accepting applications for financial assistance at this time. Podcasting, developed in 2004, allows audio shows to be sent to listeners' computers and other devices for later listening.

Listeners can download shows, previously captured from the Internet into their computers, to iPods or other MP3 players for listening at a convenient time. According to podcastalley.com "Podcasting is not unlike time-shifted video software and devices like TiVo, which let you watch what you want when you want by recording and storing video, except that podcasting is used for audio and is currently free of charge.

Museum Audio and Multimedia Guides. Cd3916c079c7725cbb35c760d50d39a7ecb2. Podcasting Articles. Podcasting Articles What is Podcasting ? - Podcasting is quickly becoming a buzz word among the techie crowd. Why Podcasting Is The New Marketing For 2016 (And Beyond)? Museums and podcasting: explanation and resources. There’s been a lot of discussion lately on museum sites and discussion lists about podcasting. Podcasts are a fabulous tool for museums because they’re a simple medium that can be adapted to multiple audiences, from children to adults, and visitors to your website can listen to them at their convenience–they don’t need to sit at their computer as they do when viewing web pages.

First of all, what is a podcast? 9781136377433 sample 892646. MuseumsInTransition. 256. Podcasting Possibilities for Art Education. Podcasting's Potential — Bridge Ratings Media Research. The second set of bars from the left represents trends in podcast consumption over the preceding 30 days. We're seeing nice growth here with 20% of the sample having listened to a podcast in the previous 30 days up from 19% in February and 15% last August 2015. Similar trends are included for those that have ever listened to a podcast and for those that expressed interest in listening in the future.

Museums and the Web 2006: Papers: Samis and Pau, ‘Artcasting’ at SFMOMA: First-Year Lessons, Future Challenges for Museum Podcasters broad audience of use. 3 5chen. Managing Strategic Communication in Museums. The case of Catalan museums. Audience-Development-Bibliography. 3-1Suchy. MUSEUM BOOKS - MuseumsEtc Ltd. 9781135053420_sample_501214. How do Museums use Social Media? According to Genoways and Ireland; ‘Effective marketing and public relations are vital elements in a museum’s success.’[1] In today’s world of high-speed communication, web 2.0 and increasing digital literacy, interactivity with customers is now critical to online success.

Reed noted that; ‘There are almost two billion people online. […] If you can reach even a tiny fraction of them, you will have a viable business.’[2] Since the digital revolution in the late 2000’s, museums have increasingly been using social media platforms to promote themselves to a vast online audience. In 2010, the British Museum recorded 5.8 million physical visitors and a similar number of online visitors to its website.

Introduction Digital technologies have created exciting new possibilities for museum audiences to engage more widely and more deeply with cultural heritage content and collections. (But I should point out that while I’m a technologist, the Chair of the Museums Computer Group and researching crowdsourcing for my PhD, I don’t believe technology is always the right solution.) Digital strategies should be embedded within a wider public engagement strategy, and decisions about audiences and goals should always come before decisions about technology. The advantages of digital engagement. 100 Best Curator and Museum Blogs - Museummedia. Museums Pursue Engagement With Social Media. Museums and Cultural Nonprofits: Social Media Doesn’t Belong to the Marketing Department. Download Limit Exceeded. From_Social_Media_to_a_Social_Museum_Jasper_Visser.