ANALYSIS-Climate change cases predicted to make a legal ... "Where there's an abdication of leadership on climate action, I think the courts will have a greater role to play" By Sophie Hares and Sebastien Malo NEW YORK/TEPIC, Mexico, Dec 28 (Thomson Reuters Foundation) - A clutch of high-profile legal cases over responsibility for the effects of climate change will be fought out in courtrooms next year as claims stack up against both governments and some of the world's biggest oil and energy companies. 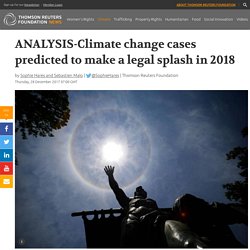 Lawsuits in the United States brought by young activists and several Californian cities are most likely to make waves, but legal action by a Peruvian farmer in Germany and Greenpeace in Norway could also cause ripples, said lawyers and academics. "There is a trend towards more litigation around climate change, and probably the lack of political action in the United States may increase that trend," said Sophie Marjanac, a London-based lawyer at non-profit environmental law group ClientEarth. With U.S. "The decision of the court echoes," said Corendea. How the Universe Works. Could governments and oil companies get sued for inaction on climate change? OTTAWA—Eight hundred million dollars: that’s the potential price tag of the rising ocean in Vancouver. 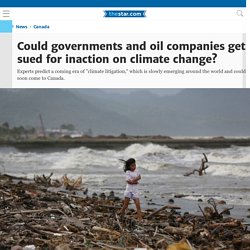 The city needs a new storm surge barrier to stop flooding if, according to municipal planners, sea levels climb by one metre this century due to climate change. When discussing this scenario last fall, Vancouver Mayor Gregor Robertson said something that made Andrew Gage perk up and listen from his law office in Victoria. “There are direct costs to our taxpayers, but this is not an act of God,” Robertson reportedly said. “This is tied directly to human activity.”

Translation for Gage: Maybe it’s not just Tracy and Tom Taxpayer who should be on the hook for the new storm barrier. That’s the idea, crudely put, behind an emerging front in the battle against climate change. The clunky term for it is “climate change litigation.” In an emailed statement, a spokesperson for the federal environment ministry said the government wouldn’t speculate on hypothetical legal matters. Fluoride Officially Classified as a Neurotoxin in World’s Top Medical Journal. (Waking Scince) Fluoride Officially Classified as a Neurotoxin in World’s Most Prestigious Medical Journal : The movement to remove industrial sodium fluoride from the world’s water supply has been growing in recent years, with evidence coming out against the additive from several sources. 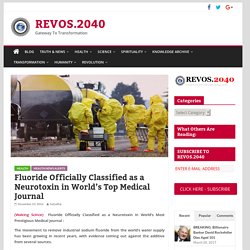 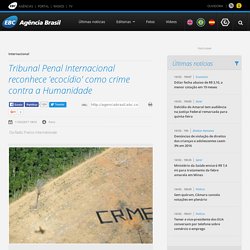 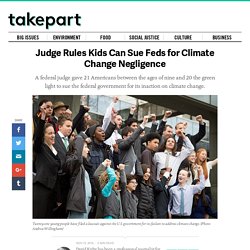 Last week a federal judge in Oregon upheld a magistrate judge’s court ruling that a lawsuit against the U.S. government and its fossil fuel policies filed by 21 young people ages nine to 20 can proceed. “This is no ordinary lawsuit,” U.S. District Court Judge Ann Aiken wrote in a 54-page decision that upheld every argument the plaintiffs put forward, calling it a “landmark case.” The lawsuit challenges federal decisions made on a vast set of topics, Aiken wrote, including carbon dioxide emissions from power plants and vehicles, extraction of fossil fuels on federal land and how much to charge for its use, tax breaks and subsidies for the fossil fuel industry, funding of fossil fuel infrastructure, and construction of marine coal terminal projects. 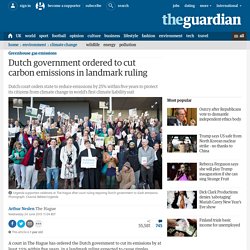 To cheers and hoots from climate campaigners in court, three judges ruled that government plans to cut emissions by just 14-17% compared to 1990 levels by 2020 were unlawful, given the scale of the threat posed by climate change. Jubilant campaigners said that governments preparing for the Paris climate summit later this year would now need to look over their shoulders for civil rights era-style legal challenges where emissions-cutting pledges are inadequate. “Before this judgement, the only legal obligations on states were those they agreed among themselves in international treaties,” said Dennis van Berkel, legal counsel for Urgenda, the group that brought the suit. “This is the first a time a court has determined that states have an independent legal obligation towards their citizens.