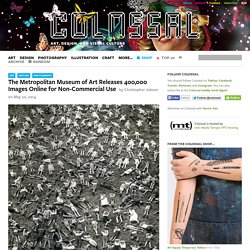 Los Hombres Santos De La India En Increíbles Imágenes Del Fotógrafo Joey Lawrence. Dodho issue 7 by dodho magazine. A Photo Editor. 54 Reasons to Love Photography in 2013. NationalTraveller.com. "I’ve been working on this project for close to a year now and between logistics, shooting and retouching, it’s been interesting to see how this project has sort of taken on a life of it’s own. 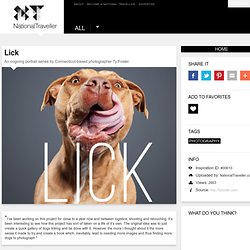 The original idea was to just create a quick gallery of dogs licking and be done with it. However the more I thought about it the more sense it made to try and create a book which, inevitably, lead to needing more images and thus finding more dogs to photograph. " News - Marcus Bleasdale Documents the Congo for National Geographic. Marcus Bleasdale shared a glimpse at how the minerals used in electronic devices have ravaged the Congo for National Geographic's 125th anniversary "Power of Photography" special. 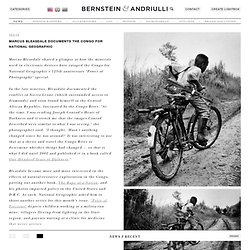 In the late nineties, Bleasdale documented the conflict in Sierra Leone (which surrounded access to diamonds) and soon found himself in the Central African Republic, fascinated by the Congo River. "At the time, I was reading Joseph Conrad's Heart of Darkness and it struck me that the images Conrad described were similar to what I was seeing," the photographer said.

"I thought, 'Hasn't anything changed since he was around? ' It was interesting to use that as a thesis and travel the Congo River to determine whether things had changed ... so that is what I did until 2002 and published it in a book called One Hundred Years of Darkness. " Meanwhile, after a decade of covering the Congo, Bleasdale sought a topic closer to his home, Norway. El Principito por Caracas « Andreina Mujica. London Underground in the 70s/80s - Bob Mazzer. El fotógrafo Bob Mazzer pasó dos décadas viajando en metro para ir y volver del trabajo. 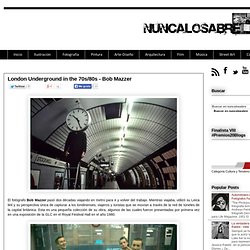 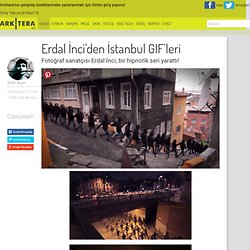 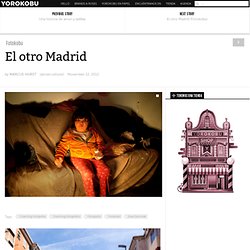 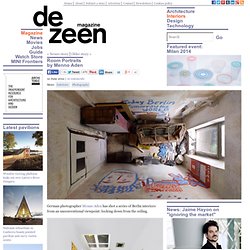 The Room Portraits include a bar, a classroom, a shoe shop, a supermarket, a car park and an apartment. In each instance the camera was positioned in the centre of the ceiling to create an image that appears flattened and abstracted. See more stories about photography » Here's some more text sent by the photographer: Through challenging camera angles Menno Aden abstracts most familiar actual living environments and public interiors into flattened two-dimensional scale models.

A camera that the artist installed on the ceiling of various rooms takes pictures downwards of the interiors. The resulting images lay out space in symmetrical compositions that look like assemblages stripped of any kind of objectivity. The views into private homes and secret retreats bring up associations of the ubiquitous observation camera. Le Journal de la Photographie. Gisele Bündchen for Versace Spring/Summer 2012. Worldwide Photography #53: Panama. By marcos333 Thu, 01/12/2012 - 16:39 Worldwide Photography is a series of posts where every week we're going to show a city or location around the globe bringing the coolest photography samples of it. 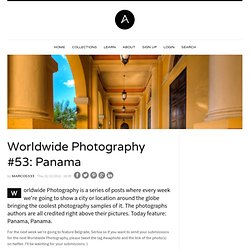 The photographs authors are all credited right above their pictures. Today feature: Panama, Panama. For the next week we're going to feature Belgrade, Serbia so if you want to send your submissions for the next Worldwide Photography, please tweet the tag #wwphoto and the link of the photo(s) on twitter. I'll be wainting for your submissions :) A Taste of Erin Gleeson Food Photography. Erin Gleeson runs the blog named 'The Forest Feast'. 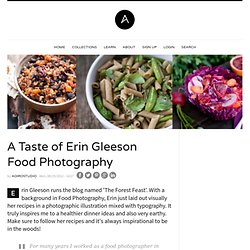 With a background in Food Photography, Erin just laid out visually her recipes in a photographic illustration mixed with typography. It truly inspires me to a healthier dinner ideas and also very earthy. Make sure to follow her recipes and it's always inspirational to be in the woods! For many years I worked as a food photographer in New York City, but in the summer of 2011, my husband’s new job prompted a move to Northern California where we found a lovely cabin in the woods. For more information about Erin Gleeson, you can visit her website at theForestFeast.com.

All Rights to Erin Gleeson. LightBox - From the photo editors of TIME.