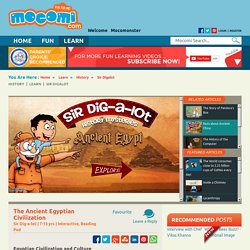 “It was one the greatest civilizations in history. The monuments and the pyramids continue to stand strong even after 4000 years. Egypt is considered a holy place for Christians as a good amount of the Old Testament happened in Egypt.” “Egypt is located in the northeastern corner of the continent Africa. In ancient Egypt people used to live around the river Nile. Facts about Ancient China – History with Sir Dig-a-lot. “Sir Dig-a-Lot, I want to learn about China tonight!” 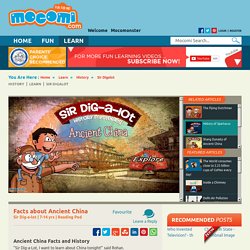 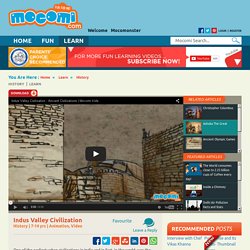 Urban Planning and Architecture About 5000 years ago, a group of nomads traveling from Sumeria (present-day Iran) entered North Western India, near present day Karachi. These nomads found a land so richly fertile by the banks of the river Indus that they settled there without hesitation. This area was abundant with water, fodder and fuel. Over the next thousand years, the immigrants spread over an area of half a million square miles.

Ancient Mesopotamia Civilization - History Mysteries for Kids. “You know, I thought that with the number of lessons you have given me, we would have covered the one that is coming in my test on Tuesday, but I guess not!” 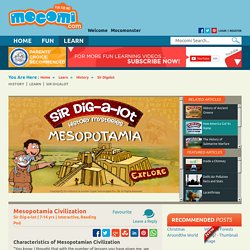