5 Investing Podcasts You Should Listen To - The Experts. Wesley R. 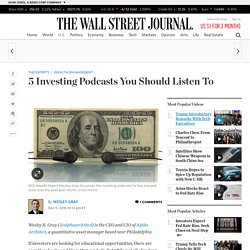 Gray (@alphaarchitect) is the CEO and CIO of Alpha Architect, a quantitative asset manager based near Philadelphia. If investors are looking for educational opportunities, there are countless books and blogs that can help. But while not all of us have time to read, we do have time to listen during a workout or on the commute to work. The past year, I’ve plugged into the investing podcast scene and I love it. Some of my favorites are listed below. How to Retire at 40. Three early retirees tell their story of living on 4 percent or less. 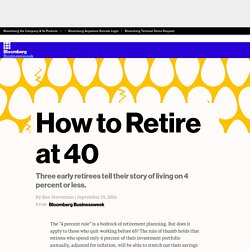 By Ben Steverman | September 29, 2016 From. 8 Risky Stocks That Are Worth the Risk. Small Is Better in Africa’s Economies as Biggest Nations Stumble. East African nations are playing an increasing role in driving growth in the world’s poorest continent as they ride a wave of cheap oil, slowing inflation and lower interest rates. 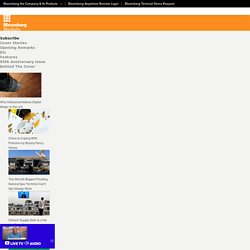 Left behind: Former powerhouses Nigeria and South Africa. The economies of Kenya, Rwanda, Tanzania and Uganda are all set to expand more than 5 percent this year, International Monetary Fund projections show. Nigeria, struggling with weak crude prices, power outages and mismanagement of the currency, faces a 1.8 percent contraction. South Africa is set to stagnate as it contends with political and labor turmoil and lackluster demand for its minerals. 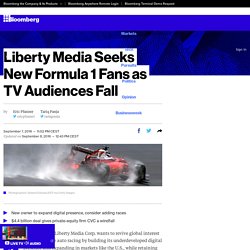 Liberty, which agreed to buy the company that controls the dominant international racing series from private equity firm CVC Capital Partners Ltd. for $4.4 billion on Wednesday, faces a challenge: Formula One’s global audience fell to 400 million last year from 600 million in 2008. Though television rights fees have grown as Formula One has shifted to pay TV from free broadcasts in some markets, sponsorship revenue has stagnated. Liberty Media Chief Executive Officer Greg Maffei, calling Formula One’s digital operations “underdeveloped,” said in a conference call that the company would look to harness technologies like virtual reality and video games in an effort to develop the fan base and generate new sources of revenue. 21 Races. 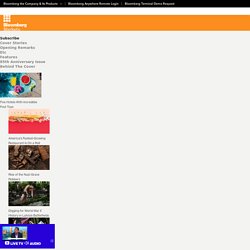 That’s why the 26-year-old Toronto man trades Credit Suisse Group AG’s VelocityShares 3x Long Crude ETN, which offers returns equal to three times the move of the S&P GSCI Crude Oil Index for each day. It’s allowed him to leverage the volatility of the fast-moving oil market in a year in which prices have flipped five times between bear and bull markets as investors weighed how quickly a global supply glut might ease. A New Measure for China’s Economy: The ‘Repression Index’ Bitcoin Losses to Hit All Users of Hacked Exchange Bitfinex. Businessinsider. Billionaire Hinduja Sees Switzerland Losing Luster for Wealthy. Switzerland’s importance as a private banking hub will shrink after the country increased its tax transparency, according to Indian billionaire Gopichand Hinduja, a shareholder in the family’s Geneva-based private bank. 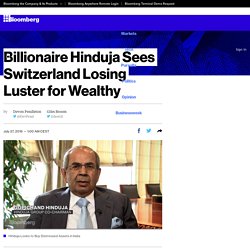 QuickTake Swiss Bank Accounts The world’s richest people are instead turning to countries like Dubai, Qatar and Singapore to house their assets as Switzerland loses its allure as a haven, the 76-year-old London-based investor said. "People are finding new havens,” Hinduja said in a July 22 interview at his office near Buckingham Palace. 7 cities that could steal business from London - Jun. 28, 2016. Britain's vote to leave the European Union rocked the global financial markets and tanked the pound. 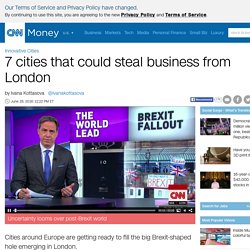 One of the main concerns is the future of London as the financial and tech capital of Europe. Many global companies said they might have to move some of their operations away from the British capital to protect their EU status. And cities are already lining up to welcome them. Frankfurt Frankfurt is eager to welcome bankers fleeing London. Businessinsider. Forbes Welcome. Turkey’s Divide - Bloomberg QuickTake.