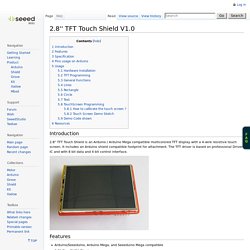 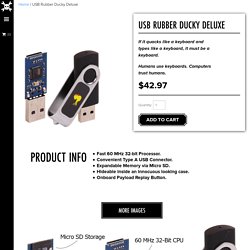 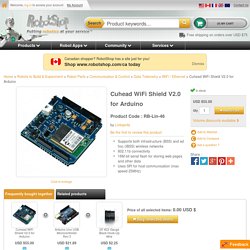 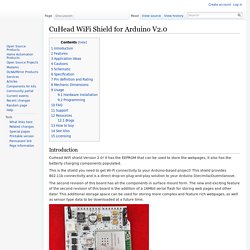 It has the EEPROM that can be used to store the webpages, it also has the batterty charging components populated. This is the shield you need to get Wi-Fi connectivity to your Arduino-based project! Arduino UNO R3 + CuHead wifi shield v2 fail to connect Wifi (RED Led not on) - CuHead/Diamondback/RedBack WiFi - Invision Power Board. Using CuHead WiFi Shield v2 on Arduino. 1. 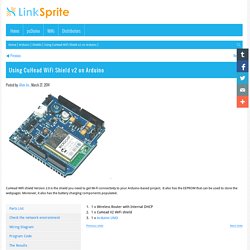 Download the code from github ( 2. Rename the unzipped folder as cuhead, put it into the Arduino specified library file path (***/arduino/libraries) The aircrack-ng Suite « Hacking With Kali Linux. Posted by Hafeez Feeze | at 10:33 AM Disclaimer: I carried out this attack on my own network, all MAC Addresses and names have been faked. 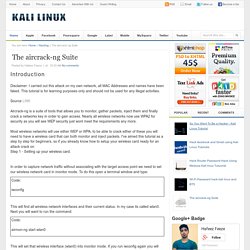 This tutorial is for learning purposes only and should not be used for any illegal activities. Source LINK Aircrack-ng is a suite of tools that allows you to monitor, gather packets, inject them and finally crack a networks key in order to gain access. Nearly all wireless networks now use WPA2 for security as you will see WEP security just wont meet the requirements any more. Most wireless networks will use either WEP or WPA, to be able to crack either of these you will need to have a wireless card that can both monitor and inject packets. In order to capture network traffic without associating with the target access point we need to set our wireless network card in monitor mode. Flying a Drone with an Oculus Rift  Controlling autonomous vehicles remotely with the use of virtual reality headsets seems like an obvious next step. 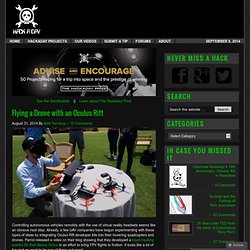 Already, a few UAV companies have begun experimenting with these types of ideas by integrating Oculus Rift developer kits into their hovering quadcopters and drones. Parrot released a video on their blog showing that they developed a head-tracking system for their Bebop Drone in an effort to bring FPV flights to fruition. It looks like a lot of fun and we want to try one of these out asap! As for technical specifications, they can be found in the YouTube description of the video embedded below. A quick glance showed that the operating system is based on Android and uses WiFi to connect the handheld tablet to the autonomous vehicle floating above. RainbowCrack - Crack Hashes with Rainbow Tables. Free Rainbow Tables » Distributed Rainbow Table Generation » LM, NTLM, MD5, SHA1, HALFLMCHALL, MSCACHE. 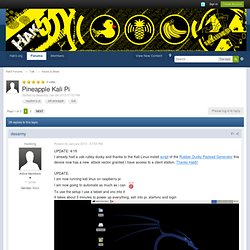 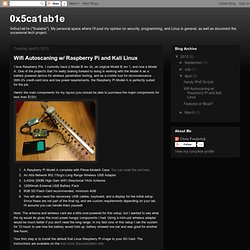 I currently have 2 Model B rev 2s, an original Model B rev 1, and now a Model A. One of the project's that I'm really looking forward to doing is working with the Model A as a battery powered device for wireless penetration testing, and as a mobile tool for reconnaissance. With it's credit-card size and low power requirements, the Raspberry Pi Model A is perfectly suited for the job. Here's the main components for my layout (you should be able to purchase the major components for less than $120):

Making wine in Shenzhen: Single row cable kit. Often it’s not clear exactly what connector, button, switch, or part is the best choice for a project. 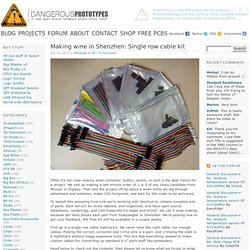 We end up making a last minute order of 1 or 2 of any likely candidate from Mouser or Digikey. That sets the project off by about a week while we dig through datasheets and websites, make CAD footprints, and wait for the order to be delivered. To banish this annoying time sink we’re working with Oomlout to release complete kits of parts. Each set will be nicely labeled, well organized, and have open source datasheets, renderings, and CAD footprints for Eagle and KiCAD. C language - Simultaneous button push & Switch. Like the example you provided of 157 where it's sent as '1' '5' and '7' is there a way to put all three of those in one element?

Yes and no. If by one element, you mean something like an int, then, no, not directly. If by one element, you mean an array of chars, then, yes. We need to go back to your original question. I am trying to read inputs from Serial.read(). Where is this data coming from, and what triggers that source to send data? Electronics - HackerThings. Weekend Projects - Optical Tremolo Box.