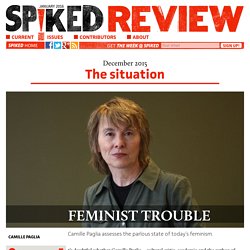 Do you think that, as the idea of rape culture suggests, sexual violence is normalised? Paglia: ‘Rape culture’ is a ridiculous term – mere gassy propaganda, too rankly bloated to critique. Anyone who sees sex so simplistically has very little sense of world history, anthropology or basic psychology. I feel very sorry for women who have been seduced by this hyper-politicised, victim-centered rhetoric, because in clinging to such superficial, inflammatory phrases, they have renounced their own power and agency.

Whelan: Are you therefore concerned by the push for affirmative-consent or, as they’re otherwise known, ‘Yes means Yes’ laws? Paglia: As I have repeatedly argued throughout my career, sex is a physical interaction, animated by primitive energies and instincts that cannot be reduced to verbal formulas. Whelan: What advice would you give young women today? @trustmedaddy. Destiny Is the Empowering Disco Queen We Need. Destiny Frasqueri in her new music video "Soul Train. 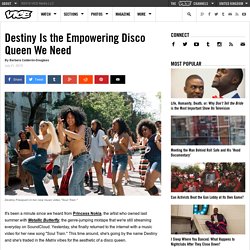 " It's been a minute since we heard from Princess Nokia, the artist who owned last summer with Metallic Butterfly, the genre-jumping mixtape that we're still streaming everyday on SoundCloud. Yesterday, she finally returned to the internet with a music video for her new song "Soul Train. " This time around, she's going by the name Destiny and she's traded in the Matrix vibes for the aesthetic of a disco queen. The new video, which premiered on Dazed Digital, offers a carefree vision of young New Yorkers wearing 70s-inspired outfits and hairstyles, licking banana popsicles, and dancing in the streets. It's a nostalgic ode to the summer block parties of Destiny's youth and the Saturday mornings she spent learning how to do the hustle with her father.

I caught up with Destiny at her brother's studio in the East Village a few days before she dropped the new video and I could tell that she felt she was on the brink of something big. Paris Lees (ParisLees) American Cassidy (@h00kerpr0blemz) @kittykinns. "Feminist" - Carrie Brownstein MAKERS Moment. Advice to Her Younger Self: Embrace all the awkwardness and uncertainty. 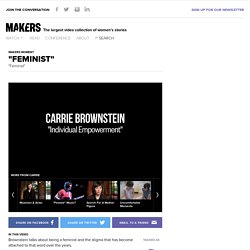 Before Music: She thought she wanted to be an actor. Source of Inspiration: Miranda July. "One of my oldest, dearest friends. " On Her Favorite Portlandia Character: “A couple more pairs of comfortable shoes with my self-righteousness unchecked, and I would be Cath.” Born and raised in Washington, Portlandia's Carrie Brownstein started her career in music at The Evergreen State College.

And so in 2010, Brownstein took her talents to another band, Wild Flag, which released its debut album in September of 2011. TEDxTeen - Tavi Gevinson: Still Figuring it Out. Hannah Pixie Sykes (@hannahpixiesykez) @haleywollens. @thegoatdancer. Petra Collins. BELLE ⚰ icon by @fox.tears.art (@cultlleader) BABY AWFUL (@tommygenesis)

Kit Kitty Fashion. The coolest photos from chloë sevigny's new book. Photography Wolfgang Tillmans, 1995 We know Kim Kardashian's selfie compendium Selfish is at the top of your reading list, but you better make some room, because Chloë Sevigny's Rizzoli monograph is almost here.