Inside the sad, expensive failure of Google+ Create a social network or risk everything. 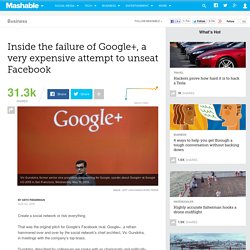 It was 2010 and Google didn't exactly look like a company at risk of being overtaken by anyone or anything. For all that success, the Internet giant just couldn't seem to figure out social. Image: Marcio Jose Sanchez/Associated Press. 9 Tips for starting Google+ 446 Flares Filament.io 446 Flares × “Where do I even start with Google+? 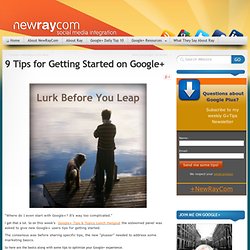 It’s way too complicated.” I get that a lot. So on this week’s Google+ Tips & Topics Lunch Hangout the esteemed panel was asked to give new Google+ users tips for getting started. The consensus was before sharing specific tips, the new “plusser” needed to address some marketing basics. So here are the basics along with some tips to optimize your Google+ experience. ONE: Know your “WHY” Are you on social media… To generate leadsTo build your brand authorityTo rank high on search engine results pages (SERPs)? Facts about Pinterest. Allow this veteran Pinterest observer to get angry for just a moment: It really grinds my gears when people call Pinterest a “niche” social network. 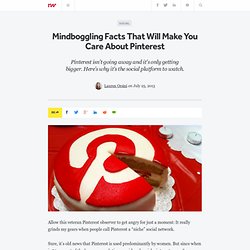 Sure, it’s old news that Pinterest is used predominantly by women. But since when is 50 percent of the human population considered a niche interest group? Conceived by three male co-founders, Pinterest’s visual platform was intended to lend itself just as well to stamp collections as shoe collections. Readwrite’s own Brian Hall discovered just how universal the network can be when he observed, “If Pinterest were a magazine, I suspect it would be kept very close to a toilet.” With 70 million users and climbing, Pinterest isn’t going to go away anytime soon. More E-commerce Than Facebook. Why Google+ is becoming a necessary social media channel for marketers. In January 2013, the Global Web Index announced that Google+ had overtaken Twitter to become the second largest social network. 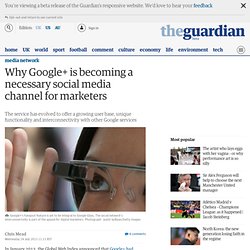 Six months prior, many marketers may have had their reservations about setting up a Google+ page, but the network has gained traction – and with good reason. Given the rise of social search, marketers and large brands are now aware that Google has pushed the integration of many of its services such as YouTube, Google Maps, Android and others with Google+, making the social network integral to social media and search marketing campaigns. Google+ boasts a sizeable 359m monthly active users and brand interaction has increased by 45.5% between Q2 2012 and Q1 2013.

Pinterest Launches Its First API, And It’s All About Big Brands And Big Media, With Zappos, Walmart, Disney, Nestle, Random House, Hearst Using Top Pins And More. Pinterest is today, at long last, releasing its first API for developers, which will let third-party sites embed Pinterest pins, and make it easier to post content into Pinterest itself. 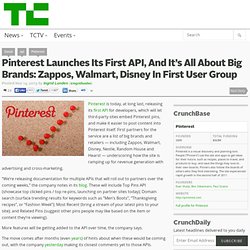 First partners for the service are a list of big brands and retailers — including Zappos, Walmart, Disney, Nestle, Random House and Hearst — underscoring how the site is ramping up for revenue generation with advertising and cross-marketing. “We’re releasing documentation for multiple APIs that will roll out to partners over the coming weeks,” the company notes in its blog. What is Google Plus? A Complete User Guide. (Videos and Blog)

If you think Google Plus is just another social site, you are in for a big surprise. 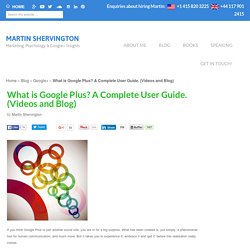 What has been created is, put simply, a phenomenal tool for human communication, and much more. But it takes you to experience it, embrace it and ‘get it’ before this realisation really comes. The complete guide to Google Plus will give you everything you need to use it as an individual or for business, including a free 90 minute video course. Introduction Since its launch in 2011, Google Plus has been gradually moving towards being one of the most active social networks with hundreds of millions of people having active accounts. 7 Pinterest Marketing Tips to Improve Your Visibility. Are you interested in raising your visibility on Pinterest? 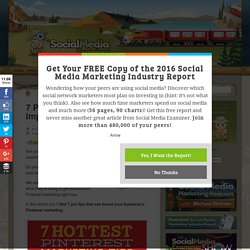 Do you know which Pinterest tactics work best today? We asked top social media professionals what they’re doing to get results from Pinterest marketing right now. In this article you’ll find 7 pro tips that can boost your business’s Pinterest marketing. Learn 7 Pinterest tips from the pros. #1: Include Price Tags Ekaterina Walter Pinterest users aren’t just looking for creative inspiration on the network. Make sure you include a price tag in the pins you create or repin. Top 3 reasons Google+ should not be compared to Facebook. Pinterest Infographic. In June, 2012, Donna was asked to be the first guest blogger at Amy Porterfield’s site – www.amyporterfield.com. 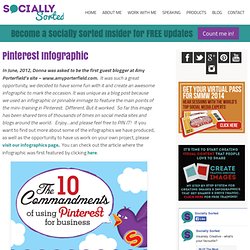 It was such a great opportunity, we decided to have some fun with it and create an awesome infographic to mark the occasion. It was unique as a blog post because we used an infographic or pinnable immage to feature the main points of the mini-training in Pinterest. Different. But it worked. So far this image has been shared tens of thousands of times on social media sites and blogs around the world.