The Lifelong Learning Platform. Behance. Neil Turok - The Astonishing Simplicity of Everything.

Advertising - How to Become a Storyteller. Harrowing accounts of torture, inhuman conditions and mass deaths in Syria's prisons. For journalists seeking broadcast quality AV material including B-roll please click here The horrifying experiences of detainees subjected to rampant torture and other ill-treatment in Syrian prisons are laid bare in a damning new report published by Amnesty International today which estimates that 17,723 people have died in custody in Syria since the crisis began in March 2011 – an average rate of more than 300 deaths each month. 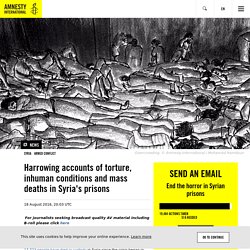 ‘It breaks the human’: Torture, disease and death in Syria’s prisons documents crimes against humanity committed by government forces. It retraces the experiences of thousands of detainees through the cases of 65 torture survivors who described appalling abuse and inhuman conditions in security branches operated by Syrian intelligence agencies and in Saydnaya Military Prison, on the outskirts of Damascus. Most said they had witnessed prisoners dying in custody and some described being held in cells alongside dead bodies. Abused at every stage. Deconstruction in a Nutshell: A Conversation with Jacques Derrida - Jacques Derrida, John D. Caputo.

What's a Genome? Genome variations are differences in the sequence of DNA from one person to the next. 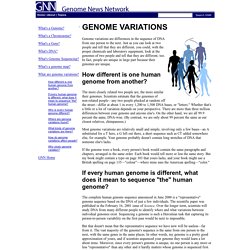 Anthropic principle. Michio Kaku: The Universe in a Nutshell.